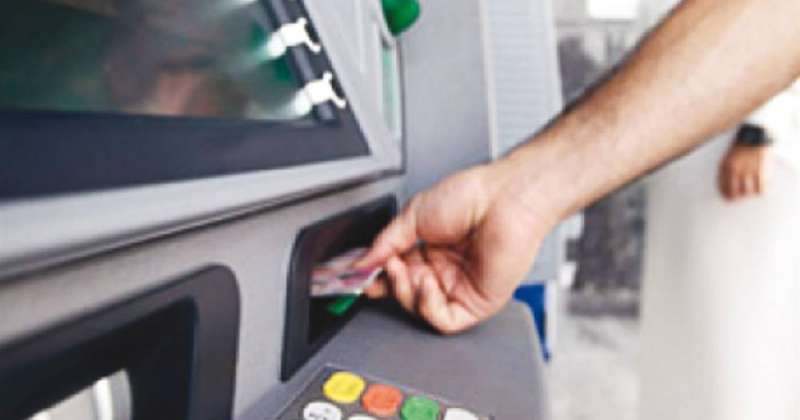 – Expectations for an increase in withdrawals in the coming days, driven by consumer spending, zakat and alms

Al-Rai learned from informed sources that the volume of withdrawals that took place through the joint electronic banking services company, KNET, amounted to 595 million dinars from last April 25 until May 1.

The sources pointed out that the implemented operations include withdrawals made through point-of-sale and online devices, and cash withdrawals through the company’s devices, noting that the value of the operations that were carried out through the point of sale devices amounted to about 79.5 million dinars.

It is noticeable that this week’s withdrawals recorded a growth of nearly 30 percent compared to the withdrawals of the second week of last April, specifically for the period between April 11 to April 17, which amounted to about 410 million dinars.

According to the data and figures, withdrawals of 595 million dinars were carried out through more than 10 million transactions.

Withdrawals data for the period between April 17 and May 1 show a big jump when compared to the corresponding period, specifically in the first half of April 2020, as this period recorded sharp declines of nearly 70 percent, compared to the values ​​of these operations in the corresponding period of 2019. In which “cash” withdrawals decreased by about 50 percent, while online withdrawals recorded a growth, due to the repercussions of the spread of the Corna virus and the application of the ban at the time.

It is noteworthy that the total values ​​of financial withdrawals implemented in the first half of April 2020, whether through point-of-sale devices, cash withdrawals, or online, recorded a decline by about half, compared to the corresponding period of 2019, while the numbers of these operations witnessed a decline of about 40 percent, as a result. Natural for the repercussions of “Corona”, and the consequent confrontational measures that included the imposition of a partial embargo on the country, as public spending has significantly decreased, especially on luxury purchases, while the focus has been refocused on purchases of basic commodities, especially food.

It is also noteworthy that the decline in withdrawals was not the only variable, on the map of financial withdrawals during this period, as the consumers’ buying behavior itself witnessed a major shift, in terms of focus on spending money on basic commodities at the expense of luxury, which decreased significantly, even some of those commodities, which It was popular in the past.

The sources expected that the withdrawals of the first week of May will record a tangible jump also in withdrawals, especially cash, which take place through POS devices, due to the peculiarity of the current period, and the increase in spending in the last ten days of Ramadan. Due to the increase in the rate of consumer spending significantly during the days leading up to Eid Al Fitr, as purchases increased at such times.

The sources stressed that “KNET” adopts a tight control plan, on all ATMs located in the various regions of Kuwait, to follow up the movement of withdrawals and compensate for the shortfall immediately without delay, in order to ensure the continuity of customer service without interruption over time.

The sources pointed out that K-Net’s preparations increase during periods of heavy withdrawals, as it constantly works to cover requests for cash withdrawal, by providing a liquidity surplus, through which it can meet any exceptional withdrawals, pointing out that this matter applies to the company’s network. Distributed to all regions of Kuwait.

It indicated that the number of points of sale devices in Kuwait amounted to 49 thousand, and they are distributed among various places to withdraw purchases, while the number of ATMs reaches about 1,800, of which K-Net alone manages about 700 devices that work around the clock.