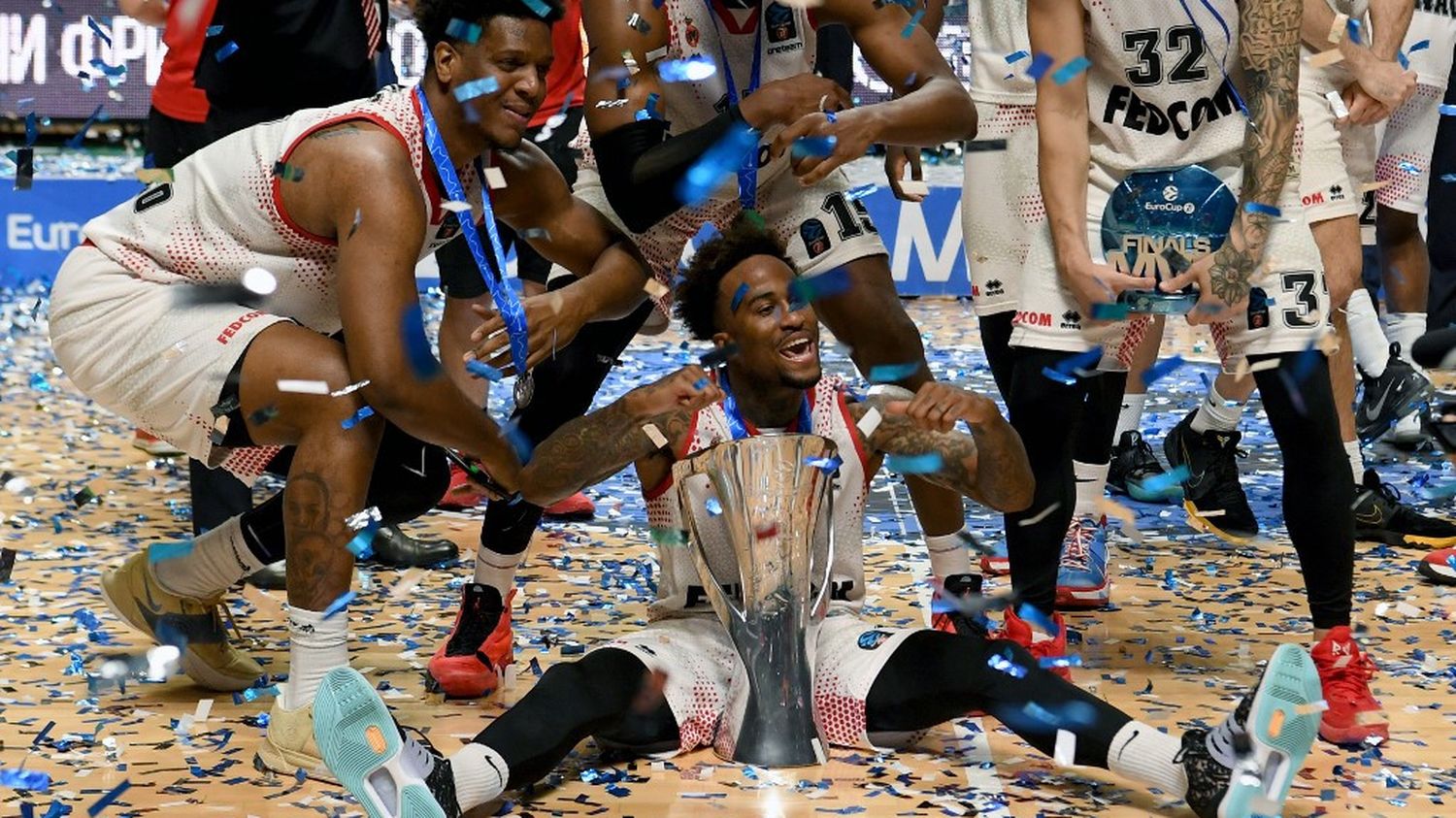 The victory of the Roca Team in the Eurocup final against the Russians of Unics Kazan on Friday April 30 is historic. Both for the Monegasque club and for French basketball as a whole. Monaco became the first French club to win a C2 since … 1988 and CSP Limoges. In 2015 and 2017, Nanterre won the C3, then the C4. But IIt took 33 years to see a second French club seize the title in C2.

At the end of a crazy 2 la match, the #RocaTeam wins@EuroCup for the first time in its history pic.twitter.com/WXVh0S5mN2

In 2016, SIG Strasbourg failed to win in the final against the Turks of Galatasaray SK. “Historically, French basketball has existed a lot in Europe. This was less the case in recent years. It is a real pleasure to see a team again lifting such a trophy“, rejoices the former French basketball player Jacques Monclar, holder of the first French C2 with Limoges in 1988.

His former teammate, Richard Dacoury, is one of the most successful French athletes, with four successes in the European Cup, including a C2 in 1988 and a C1 in 1993. He is delighted to finally have a successor. For the former winger, this victory is a form of recognition of the good level of French basketball, “even if there is still progress to be made“. Above all, it stands for a”ray of light and brightening in a dark period from which one has the impression that one will never leave “.

Richard Dacoury also admits having been, in part, surprised by the meteoric rise of Monaco, which was still playing in Nationale 2 barely ten years ago: “It’s a very nice surprise and a huge achievement to have won on the opponent’s field, especially in Kazan. But when we observe in detail the workforce, as well as the management, we realize that this team is intelligently put together and built. She is first in the championship, relying on the best defense and a powerful attack. The coach Zvezdan Mitrovic has done a very big job.“

Thanks to its career, Monaco will join Asvel in the Euroleague (C1) from next season. The challenge is great for the Roca Team. This season, Asvel has a record of 13 successes for 21 defeats, or 38% of victories, and a 14th place in the standings of the premier competition.

So, do the French teams have the level, and especially the means, to compete with the biggest European clubs? Jacques Monclar is optimistic: “Having two teams in the Euroleague next year is a real plus for French basketball. We will see how it will go at the level of recruitment for the club of the Rock. To play there is rather pleasant. Participating in the Euroleague can attract players who are looking for stability and a serious and ambitious club.”

However, he qualifies his remarks: “France has an infrastructure deficit that is damaging to clubs. For example, Monaco does not have a hall validated by the Euroleague. With its 3,000 seats, the Gaston-Médecin room is too small. You need at least 5,000. To see how they will organize it all. “

Richard Dacoury is not afraid to say it: for him, the French clubs are still far from being able to compete with the biggest. Blame it on the lack of structuring and funding, compared to their European opponents. “Villeurbanne had an illusion at the start of the Euroleague, but it was difficult to maintain this level over time. To work on this, you need a denser squad, with substitutes able to maintain both offensive and defensive intensity throughout the match. It is achievable, but we have to find ways.“

The ex-winger insists that the greatest achievement a club can achieve is to manage to stay at the highest level. “It reminds me of Limoges at the end of the 80s-beginning of the 90s. The club achieved a meteoric rise, with a skilfully built squad and results which followed very quickly.“, he recalls.

“I wish Monaco the same course, to take advantage of this formidable springboard to structure itself, to strengthen itself and to confirm at the highest level.”