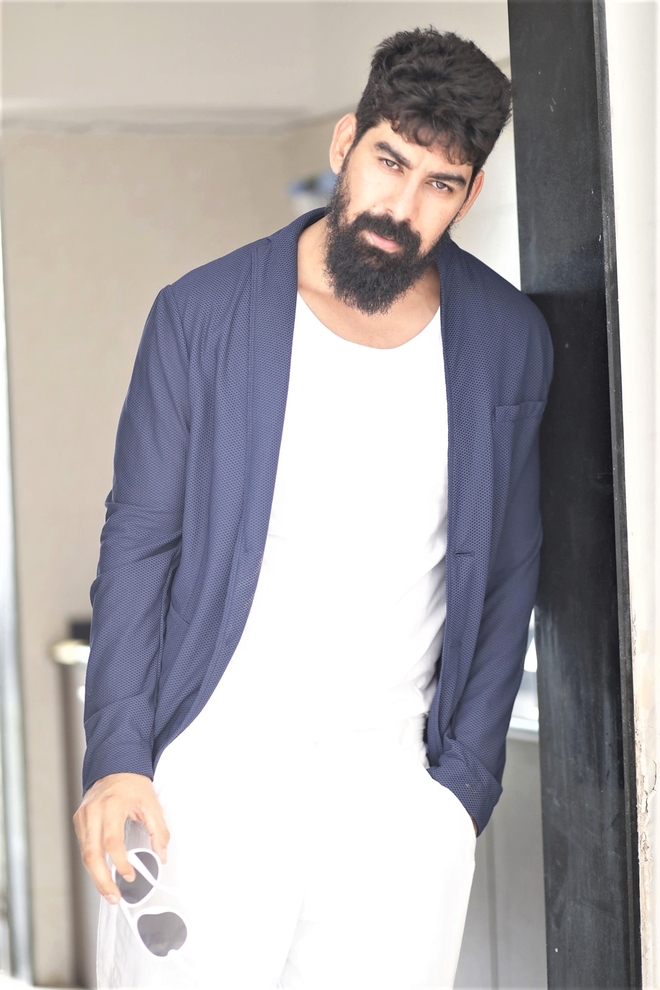 How was your journey as a model?

After completing my studies from a college in Delhi, I started modeling. I was not aware of the rules of modeling, but I was keen to make a name. I used to watch YouTube to learn the body language of a model. Then in 2008 I participated in Mr India talent hunt contest and was placed in the top 10. In 2011, I shifted to Mumbai and gradually started getting good offers for modeling. I have been to Johannesburg and Shanghai Fashion Week, and for me it was a great experience. For a young guy from Haryana, going abroad and walking the ramp was a big achievement.

When did you start acting?

I always wanted to act in South-Indian films and essay characters with gray shades. My friends, who were keen on playing a hero, used to wonder why I wanted to become a villain! My first film was in Telugu titled Jil. For that, I got an IIFA nomination and that was a prestigious moment for me.

How will you sum up your experience of working with Nawazuddin Siddique in Bole Chudiyan?

I always wanted to work with three actors in my life – Nawazuddin Siddique, the late Irrfan Khan and Manoj Bajpayee. I am fortunate that I got the chance with work with Nawaz bhai in this one. He is an acting school. I shot with him for 45 days and would say it was a great learning experience.

What is your role in Bole Chudiyan?

In Bole Chudiyan, I am not playing a villain. It’s a parallel lead role; you can call it the role of an anti-hero.

You are playing Raavan in the web series Ramyug, any special preparation for the role?

Director Kunal Kohli had given me a free hand, but asked me to do proper research. I read books, worked on my body language and even learnt sword-fighting for the role.

We hear you have signed up for an international project as well; can you share details?

Yes. It’s a Bangladeshi-Turkish film titled Netri – The Leader. I am playing a Turkish villain in it! Bangladeshi star Ananta Jalil plays the lead role in the film, which will be released in 80 countries. That is huge for me as an actor!

How do you keep yourself calm in these troubled times?

I have always followed a proper routine. I do yoga, meditation and make sure that I get proper sleep. In fact, every day before sleeping I meditate for around 20 minutes. I am utilizing the lockdown time to the fullest. I have also written a film and one day it will sure see the light of the day!

One director who you would love to work with?