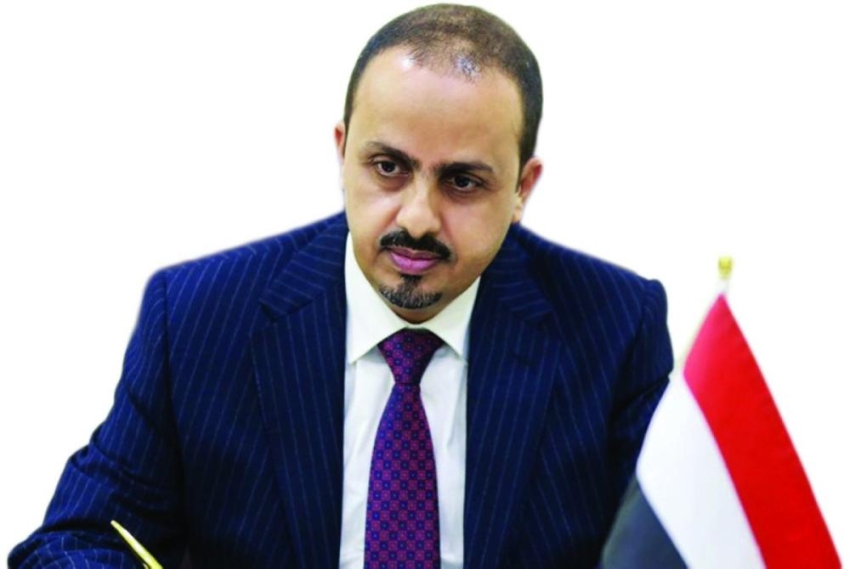 The Yemeni Minister of Information, Culture and Tourism, Muammar Al-Eryani, praised the study prepared by the organization (acaps) Swiss research, in partnership with the companies (Catbolt) and (RiskAware) recently, on assessing the impact of the possibility of leakage, explosion, or sinking of the time bomb. wheezy Between this month, April and next June, stressing that this study “re-sets the alarm bells for one of the most dangerous environmental pollution disasters in human history.”

Al-Eryani added, in a series of tweets on his account on the social networking site “Twitter”, that the study confirms that the Red Sea coast and its neighboring countries are at risk of an environmental disaster that could occur on any day with great humanitarian and economic impacts, with four times the amount of crude oil spilled from Exxon Valdez in 1989, which had significant impacts on the environment, people and their livelihoods in the affected areas, as well as confirming that the potential explosion of Safer would affect the livelihoods of 1.6 million people through the spillage and subsequent clean-up operations, through damage to coastal industries, closure of factories and ports, as well as damage. Which will be attached to fisheries and marine resources, pointing out that the study summarizes the expected economic impact of the disaster by stopping the operations of the Hudaydah and Saleef ports for a period of two to three months, which will limit fuel and food imports and endanger the jobs of port workers, which will affect the production of electricity, health services and transportation, and increase Fuel and foodstuff prices.

Al-Eryani continues by saying: As for fishing operations, it is possible according to the study that 50% of the fisheries will be prevented from fishing due to the oil spill, and the livelihoods of 31,500 fishermen will be at risk, and 235,000 workers in fishing and related industries may lose their jobs, which have devastating effects on Livelihoods of fishermen, workers and their families are very poor.

The Yemeni minister explained that the study estimates the estimated cost of the general impact and the high cleaning costs of the oil spill of the floating tank “SAFER” at (US $ 20 billion), and confirms that the release of oil into the water will have much greater and longer-lasting effects than the release of particles through fire.

Al-Eryani reiterated the negative impact of the “Safer” disaster by saying: The study indicates that the Safer disaster could expose 5.9 million people in Yemen and 1 million in Saudi Arabia to very high levels of air pollution, with harmful effects emerging after 48-24 hours of A fire broke out in the reservoir, and up to 967,000 displaced people in areas of Yemen that could be covered by smoke will be affected.

Al-Eryani goes on to list the economic impacts of the oil spill disaster, indicating that the study indicates that about 9.9 million people in Yemen and 1.5 million in the Kingdom of Saudi Arabia may face the risks of crop losses and related consequences such as the limited supply of markets and the rise in prices as a result of the deposition of soot. 500 square kilometers of agricultural land in Yemen could receive deposits of pollutants that would impede the growth of plants for cultivated crops, and 3.25 million farmers could suffer losses in crops and threaten their livelihoods for a year, and the estimated loss in agricultural production could reach $ 70 million. .

In light of these risks indicated by the study, Al-Eryani reiterated that the Houthi militia continues to evade and manipulate the file. wheezy And its use as a bargaining material and blackmail the international community, without any regard for the imminent dangers and warnings issued by research centers and experts, and the catastrophic environmental, economic and humanitarian consequences that will be paid by millions of people and will continue for decades, once again demanding the international community and the United Nations to fulfill their responsibilities and intervene to stop this imminent disaster that will affect the region. And the world, and pressure on the Houthi militia to stop trading in a file wheezy And to allow the United Nations technical team to inspect and assess the damage and unload the tanker immediately and unconditionally.