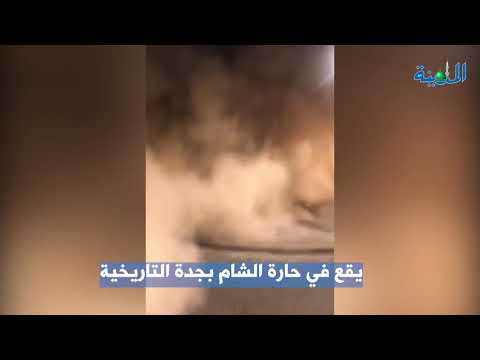 The former professor at the College of Architecture and Planning at King Abdul Aziz University in Jeddah, and the former supervisor of the Historic Jeddah Development Department, Dr. Adnan Adas, revealed to (Al-Madina) the reasons for the continued collapses of heritage buildings in the Historic Jeddah area, represented in the method of managing the restoration file, and the lack of a rapid intervention plan to support it until Temporarily settle down, before restoration can begin.

He said, “Most of the buildings in Historic Jeddah are in a poor structural condition, as a result of the same type of construction, whether in terms of the walls bearing the excavated stone, or the horizontal wooden crowns, which require constant repair and care.”

He stated: “It was necessary to first diagnose by specialized engineers and trained in the Department of Preservation of Historic Buildings, and then clean and support them temporarily, and rehabilitate them based on the new use of it, whether administrative offices or others, and then comes the restoration.”

Adas indicated that the temporary support includes field landing and visual diagnosis of buildings, inspecting cracks in the walls, dents, and twists, pointing out that the heritage buildings in Jeddah are characterized by corollaries, which are wood placed when building in a horizontal manner, and often it is the largest source of collapses as a result of the moth attack. As well as weathering factors.

He added: It also includes temporary support: it is supporting it from the inside and outside, suspending the roofs, fencing the area, as well as protecting the Rawashen, because it is a critical area, and not allowing passers-by to pass around it, until it is supported in a safe manner, and after that the restoration will be started.

Adas stressed the need for the restoration work to be manual, not automatic, given the critical condition of these buildings, in addition to that the restoration must be in accordance with international best practices, and according to specialized technical evidence.

He asked whether the contractor used the technical manual approved by UNESCO upon receiving the collapsed building, and is there an engineering plan for temporary support as well as restoration, or is the work proceeding randomly ?, Adas added: “The house that collapsed at dawn yesterday is over a hundred years old, and belongs to the Zakir family, and it is One of the famous Jada families in Jeddah, and it consists of 5 floors, one floor and its area is estimated at 231 square meters, and it is located in a distinctive urban path, and the house is distinguished by its architectural style, and the collapse of part of it represents a loss of originality and heritage value in Jeddah, “pointing out that the part can be rebuilt. Collapsed from it, whenever the matter is assigned to the experienced, in addition to preserving what is left of it. “

It is noteworthy that the Historic Jeddah Development Program at the Ministry of Culture clarified that the “House of Zakir” in Al-Sham neighborhood in the Historic Jeddah region, one of the Saudi sites registered on the World Heritage List of the United Nations Educational, Scientific and Cultural Organization (UNESCO), part of it collapsed yesterday evening ( Monday), and it is located in the list of buildings in danger of collapsing, and the civil defense teams began their work on the site and put the necessary precautions.

The program emphasized its work on protecting and preserving historical buildings according to the highest applicable standards, in order to rehabilitate and develop them in various fields, and to provide their needs of public facilities and services.

And he indicated that the accident did not result in any human losses, given that the house and its surroundings had been evacuated from the population for months, fenced in and all procedures adopted in buildings rendering it collapsed, in coordination with the competent authorities, and developments were monitored and monitored for weeks.