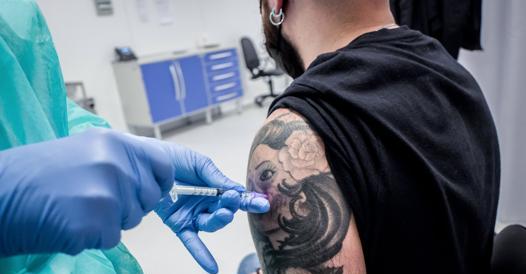 There is nothing more frustrating than observing the repetition of mistakes, always the same as themselves. And yet, one year after the start of the pandemic, nothing has changed in our attitude towards the virus and in the dysfunctional dynamics that aggravate the tension. The infections are starting to increase again. Probably because of the variants, but also because by now it should be evident that every time our restrictions become less tight the virus regains strength. It is therefore not surprising, there is nothing new compared to what has already been seen in the past months, and instead every time it seems that we have to discuss what went wrong and invent new solutions.

Between those who invoke national lockdowns and those who demand that everything be reopened, it is difficult to remember that we have chosen a method, a path that has its own logic and that, compatibly with the serious situation in which a large part of the planet finds itself, has worked . The indicators that are used to decide colors and closures are based on scientific assessments and data, although these are often incomplete. And they represent the necessary compromise between keeping the contagion curve low and avoiding the complete collapse of society. But after a year, it should not be necessary to repeat that it cannot be opened when the contagion curve rises and the whole country cannot be closed if it is not really inevitable..

Just as we shouldn’t start asking ourselves again every time if school is the engine of the infection. It is true that the new variants are more transmissible, but in the absence of new data, what we have learned in the past months is still valid, namely that the school follows the rest of society: it is not a safe place – in the sense that it is not aseptic and separate. from the rest of the world, and therefore the virus can enter – but it is not even the untrice that many paint.

Even the strategies put in place to fight the epidemic and return to a normal life continue to falter due to the same mistakes of the past. We all still remember when, in the summer, it was declared that the virus was clinically dead: it was screamed on television, it was written in the newspapers, even posters were signed in which, without any scientific evidence, they wanted to convince politics to reopen everything on the basis of the insights of a few. And, always trusting the intuitions, we should have been treated with drugs and protocols – from hydroxychloroquine to plasma – which have proved ineffective. Let’s be clear: insights are very useful in science. But when it is decided to abandon the path of evidence-based medicine for that of intuitions, the population should be warned that a bet is being carried out and that, as in all bets, you can win and you can lose.. When there are no alternatives, this is often acceptable. It is much less so when there are alternatives and you still choose the path of gambling.

Today, again with no data in hand, we are deciding to overturn the most effective vaccination method we have, approved by the FDA and EMA, and based on two doses of mRNA vaccines 21 or 28 days apart.. Certainly the reasons why one would like to switch to the administration of a single dose of vaccine are more than evident and understandable; but having the right reasons is not enough. Today we don’t know if a single dose of Pfizer or Moderna can protect for months, because the encouraging data obtained in Israel go as far as the administration of the second dose. And we don’t know if a single dose can dramatically reduce the effectiveness of these vaccines against variants. Suffice it to say that Moderna is considering switching to three doses to be able to protect against variants that present the mutated spike. Can we therefore afford to risk and waste these vaccines by administering them inappropriately? What would happen if the protection given by one dose only lasted one month?

Maybe, before betting, it would be good to wait for more information, analyze the possible scenarios, weigh the risks and benefits. And maybe focus on the single-dose vaccine – Johnson & Johnson – already approved in the US and which should be approved very quickly in Europe as well.