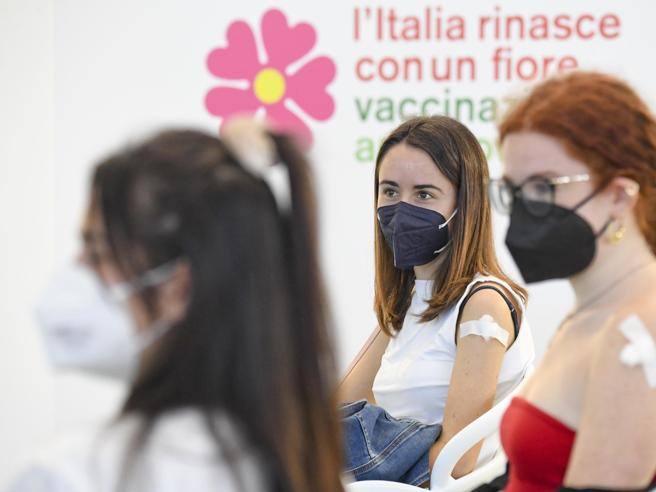 The bond among these particular forms of thrombosis and adenovirus vaccines such as that of AstraZeneca (but in the literature there are also cases reported for the Johnson & Johnson vaccine) is welcomed, so much so that the name of the disorder is that of “vaccine-induced immune thrombotic thrombocytopenia”, in English acronym VITT.

What do we know so far about the characteristics of these thromboses and their incidence on the vaccinated population? Let’s clarify thanks to Professor Pier Mannuccio Mannucci, hematologist and researcher of the IRCCS Ca ‘Granda Foundation Ospedale Maggiore Policlinico di Milano, one of the coagulation experts appointed by Aifa (the Italian Medicines Agency) to support the decisions taken on the matter.

In Italy – we remind you – the authorized viral vector vaccines (AstraZeneca and Johnson & Johnson) are recommended for the population over 60 years, even if the indication for the Regions that administer the vaccines is not mandatory.

(Here the essay by Sandro Modeo on thrombosis, vaccines, drugs: the hypotheses in the field, in a history of centuries)

The link between VITT and vaccines

“The link has also been recognized by EMA (the European drug regulatory agency, ed) – Mannucci replies -, so much so that VITT is said to be “vaccine induced”. The other term used in the acronym is “immune”, which underlines the autoimmune mechanism underlying it and “thrombotic thrombocytopenia” makes it clear that it is a thrombosis that causes thrombocytopenia. These aspects are those known without the slightest doubt ».
A recent article dated June 3 on the prestigious New England Journal of Medicine evaluated the clinical and laboratory characteristics of 11 patients with VITT in Germany and Austria and concluded: “Vaccination with AstraZeneca may cause the rare development of immune thrombotic thrombocytopenia mediated by platelet-activating antibodies against PF4, which clinically mimics heparin-induced autoimmune thrombocytopenia ”.

The mechanism underlying the disorder

«The precise mechanism that triggers VITT is still unknown – explains Mannucci -: it certainly includes a autoimmunity process, ie the production of auto antibodies against the fourth platelet factor and the creation of a “polyanion”. Factor 4 is a positively charged substance, ie a cation, and there is a negatively charged substance, an anion, which binds to platelet factor 4; then auto antibodies are produced which bind to platelets, activate them and trigger hypercoagulability and, at the same time, auto antibodies consume the same platelets, hence thrombocytopenia. This is a well known process, what is not yet clear is what is this polyanion that looks like heparin, but it is not heparin. It is a negatively charged substance which, according to some hypotheses, could occur with viral vector vaccines“.

A University study Goethe in Frankfurt, Germany, proposed a hypothesis (in a study not yet published or reviewed): viral vector vaccines carrying the DNA fragment containing the instructions to produce the Spike (S) protein present on the surface of the coronavirus, release the Spike in the cell nucleus, instead of in the so-called “cytosol”, the intracellular fluid where the virus normally produces the protein (we talked about it here, ed). Once inside the cell nucleus – scientists say -, some parts of the Spike protein divide, creating mutant versions, which are unable to bind to the cell membrane where the immune reaction takes place. The mutant proteins would be expelled from the cells and left free to circulate, triggering – in rare cases – the phenomenon of blood clots. Conversely, mRNA-based vaccines (like Pfizer and Moderna), they release the genetic material into the cellular fluid, without entering the nucleus and this would explain the absence of cases of VITT reported for this type of vaccine.

The link with adenovirus vaccines

Beyond the scientific explanation, for RNA vaccines, no particular problems of thrombosis, even of other kinds, are reported on millions and millions of administrations around the world, as confirmed by an article published yesterday in the journal Nature, which looked at data from Scotland that vaccinated 2.53 million people with AstraZeneca and Pfizer. «The link with the viral vector vaccines is certainly plausible – Mannucci comments -, also because the cases are reported in two vaccines that have in common only the fact of using an adenovirus viral vector. What creates the problem seems to be not so much the “carrier” (adenovirus) as what it carries, the DNA that should produce the antibodies ».

The incidence of rare thrombosis

To get back to what matters most to those who have to be vaccinated, how rare are these particular thrombosis associated with the vaccines we talked about? “It depends on the countries – observes the expert -: the” worst “data come from Norway and Denmark (Here the link to the study on these numbers, ed) with an incidence of 1 to 50,000. If we look at the countries that have had the most vaccinations with AstraZeneca, for example the United Kingdom, the incidence is lower: about 1 in 100,000 and, as for the second dose, we are at 1 in 500,000. The article by Nature on the Scottish population he says that the sample is not sufficient for data on VITT ».
Even the EMA in its reports speaks of one case of VITT in 100 thousand vaccinated: according to the Pharmacovigilance, in Europe there have so far been 222 cases out of 34 million vaccinated (as of May 15, the numbers are constantly evolving, ed). Moreover, we remember that those who fell ill with Covid had a frequency of thrombosis 8 times higher than expected in non-pandemic situations.

What are the Italian data

And in Italy? «In our country there have been 45 cases out of 8,993,380 doses of AstraZeneca administered (between first and second doses, which are however still few, ed), therefore 1 to 200 thousand – says Professor Mannucci and specifies -. They are cases of pharmacovigilance, therefore all confirmed, but still “suspect” which must be investigated better ».

Who hits the VITT

Who are the subjects most at risk? “We know that autoimmunity is more common in young women and the incidence of VITT confirms this characteristic – says the expert -, what does not “come back” is that autoimmune diseases have two peaks, one in the young age (especially among women) and the second in the senile age after 70 years, since it is not observed on average in the case of rare thrombosis, even if some older subjects have been reported in France (we talked about here, ed) “.
We remember that identify symptoms to pay attention to (we talked about it here, ed) allows, in the case, a timely intervention that can be decisive, also because there are now diagnostic and therapy protocols to deal with rare cases. The intervention protocol involves the administration of immunoglobulins and some blood thinners (without heparin) that can help dissolve clots.

To whom to recommend the use of this type of vaccine

How to manage this data with vaccination policies? In Europe it has gone in no particular order, since the EMA has not officially reported an age group warning for viral vector vaccines. In Italy, as we said, there is a non-stringent recommendation for use over the age of 60 and in other states there is talk of limits under 55 or under 30 (in the UK). The United Kingdom has produced some tables that see on the one hand the possibility of admission to intensive care by age and on the other the frequency of serious adverse effects in a vaccine. According to this scenario, the report is against the vaccine only in the 20-29 age group, although the scenarios change according to the incidence of Covid-19 at any given time.

At a time when the incidence of Covid is not so high in Italy and there are more types of vaccines available, what should be done? «I am in favor of“ Vaccine days ”because they allow elderly people who may not know how to use computers to show up and receive the vaccine. I would leave AstraZeneca and Johnson & Johnson to people over 60. If there is a minimum of risk I would not use it on the young population, so the possibility of getting sick with a serious form of Covid is very low: young people must be vaccinated, but they must not take unnecessary risks “, concludes Mannucci.

AstraZeneca vaccine and doses for under 50s: the news