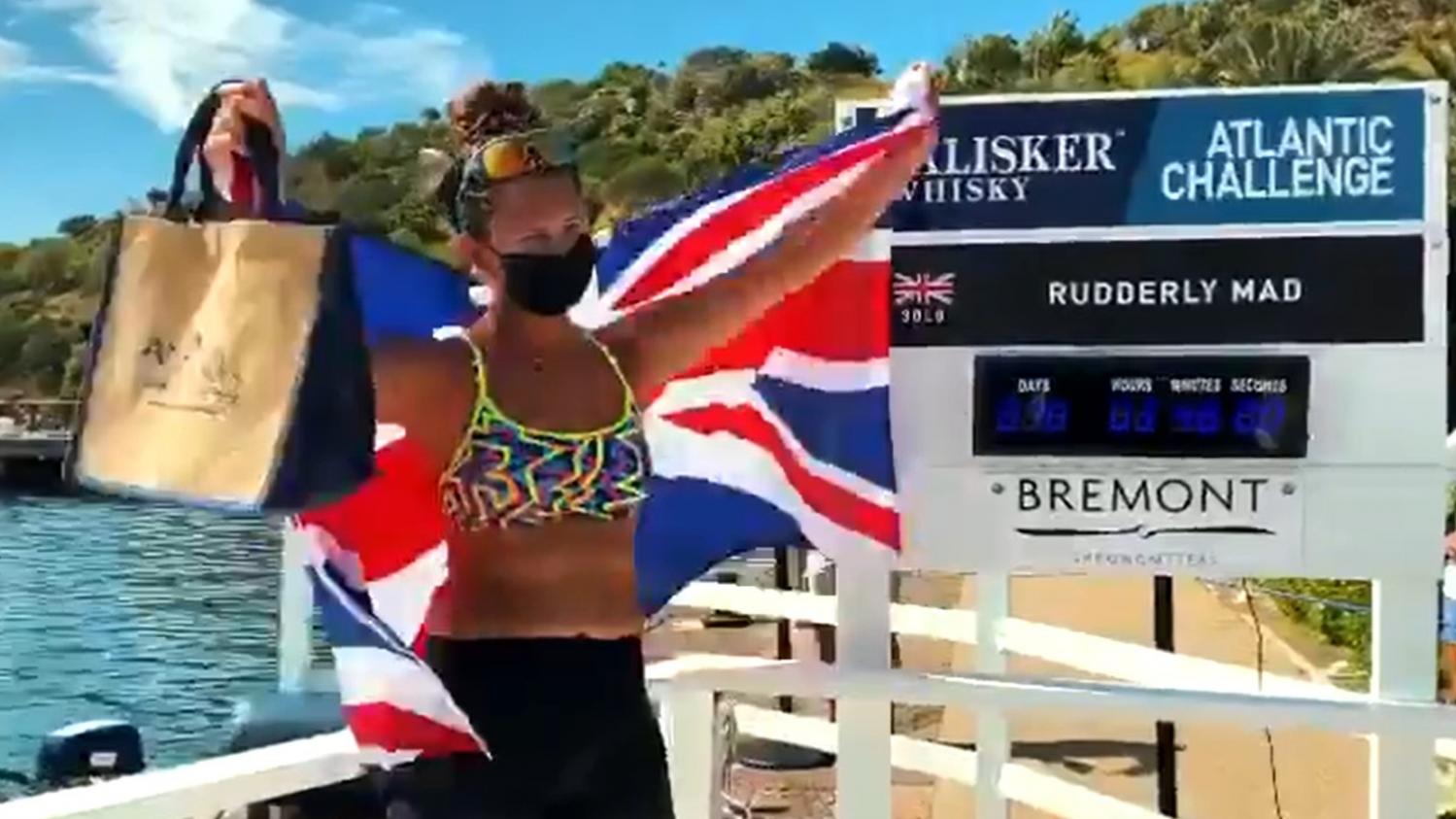 At barely 21 years old, Jasmine Harrison has just completed an odyssey at sea of ​​4,828 kilometers, in 70 days, 3 hours and 48 minutes, alone, and with the sheer strength of her arms. Crossing the Atlantic, a feat all the more impressive, since barely a year ago, she had never rowed. It was on TV that the Englishwoman discovered the ocean, stumbling across the broadcast of the finish of a race, the Talisker Whiskey Atlantic Challenges, in 2018. See the competitors row the fascination, fully concentrated on their effort. The, “no social media, no bad news”, she said to herself, this is the ultimate escape, and that’s what she wants to experience. One day.

A day that arrives last year, when she decides to register for the 2020 edition of the race, with a scheduled start in December. She, who goes on two part-time positions, one as a swimming instructor, the other as a waitress, puts her first paddling sessions there, trains intensely, finds a sponsor and a boat. It is a long boat, with a rest cabin at the front and a reserve at the rear, enhanced by a solar panel to charge light, GPS and satellite phone. “What I feared most, she said to the BBC, it was loneliness, but I never felt it, actually it took me several days to realize I was on my own. “

It tells of the joyous departure from La Gomera, in the Canaries, the 12 straight hours of rowing, interspersed with stretching and nibbling, the changing sea, passing from a harmless lapping to hollows of several meters, including the ‘arrival in Antigua. And then his fortuitous, magical encounters with whales, a band of dolphins or even this pilot fish who decided to follow his boat, stuck to the hull as to the sides of a shark. “It was amazing, she says, and I really wish that in ten years we could still see what I saw. “ Because, yes, this environment is vulnerable, Jasmine Harrison also took advantage of her race to raise funds for the Blue Marine Foundation, an association which fights against overfishing.

For the rest, how do you survive being confined to three square meters, in the middle of the ocean, with only the driving force of your own arms? Thanks to chocolate: “I ate 40 kilos of it, she confides smiling to the British daily The Guardian, that and take away cookies instead of traditional rations. “ Jasmine Harrison is original, surprising, happily offbeat. And that’s what she invites us to: “To change state of mind, she says, to no longer think about what we can not do, but what we can do “. In these times of curfews, confinement and other various restrictions, it is being pondered.