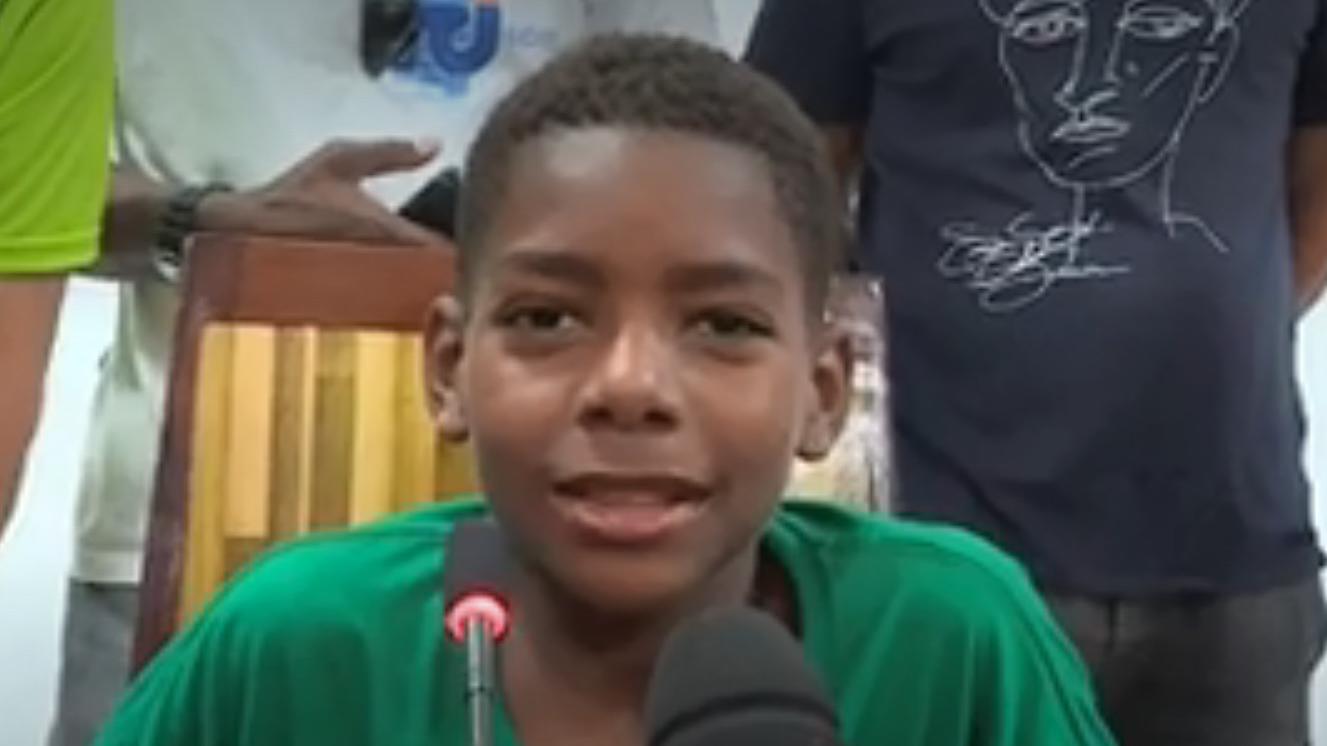 Everything in this story is incredible. Christophe Maleau at 12 years, and Saturday 10 October, he traveled 40 kilometers by swimming, in the open sea, to join the island of Saint Lucia to that of Martinique. In addition, the young boy achieved a better time than that predicted by his trainer: 13 hours, 50 minutes and 47 seconds.

It’s a unique challenge for a child his age. But Christophe is gifted, a little prodigy who has been swimming since he was 7 and dreams of Olympic gold, all his relatives say so. After a year of preparation, D-Day has arrived. On Saturday, he woke up at 3 a.m., swallowed a good dish of dough and jumped into the water for two hours later. In his wake in the open sea, his trainer, several doctors and two divers follow him. His father also paddles in a canoe a few meters from him, supplying him with drinks and energy gels every twenty minutes until the arrival, nocturnal and triumphant, in Sainte-Anne. The swimmer was greeted with a chorus of applause, fog horns and a cloud of cell phone lights.

I held on singing songs to myself, thinking about the encouragement I received on social media.

It was the young man who had the idea for this challenge, explains his father Sylvain. “Christophe got it into his head that he wanted to help cancer patients, so he does it by swimming” adds the father who, at the start, was not in favor of this crossing. And his determination is communicative, since he managed to take his coaches and fellow club members with him. He did not stop there, since he has also published a book of interviews whose profits are donated to the League against cancer of Martinique.

#Video #Martinique #swimming The young Christophe Maleau, 12 years old, started his crossing Saint Lucia-Martinique at 5.10 am this Saturday, October 10, 2020. He left the bay of Saint Lucia and is expected this evening in Sainte-Anne from 6 pm. pic.twitter.com/Z3tPs2FAFl

“I’m not asking people to go around the world snorkeling, but just to reach out to those who need it, in fact, I just want us to be more united ” explains Christophe. All this told with an unremovable smile that transmits energy to all those who cross him. And that’s what this child gives to adults. More than lessons of commitment, it’s a smile, motivation and a lot of hope.

Related topics
To read on