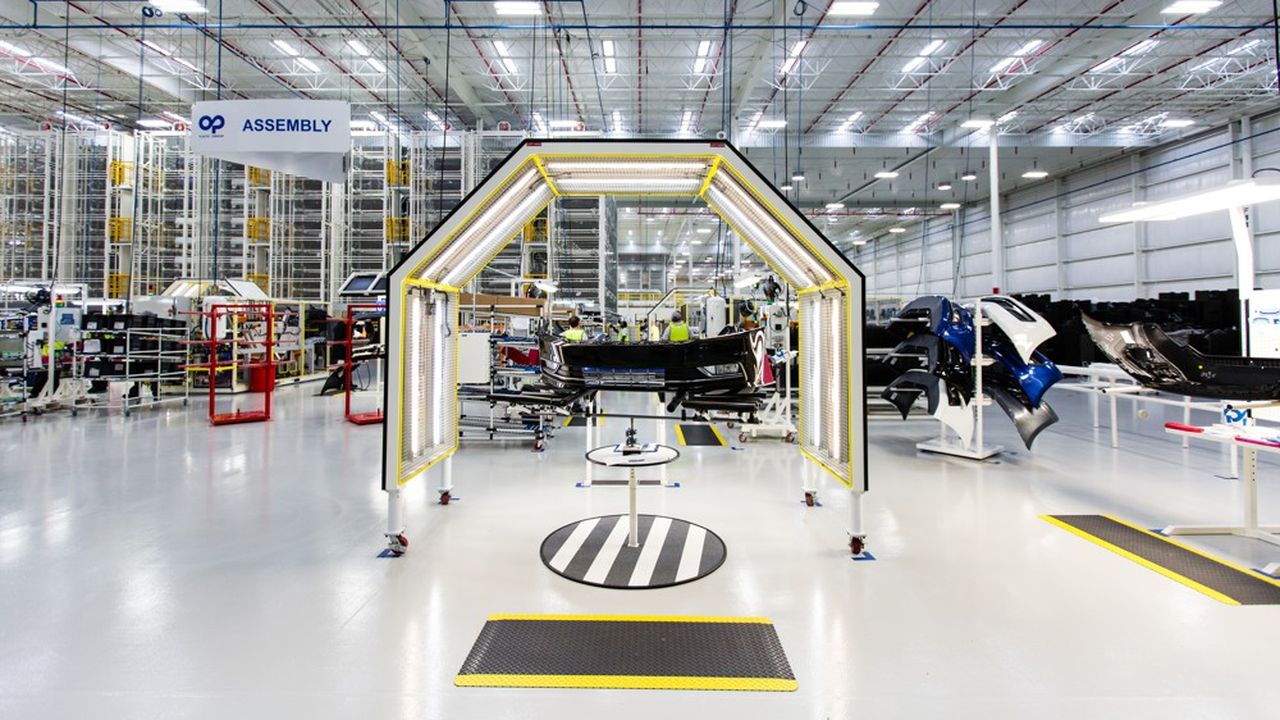 A big brake in Europe in March, and another probably to come in China: the production crisis in the automotive industry knows no respite, as shown by the quarterly results published Tuesday and Wednesday by the major French equipment manufacturers .

Already disrupted by the difficulties in supplying chips, the assembly plants located on the Old Continent have had to deal since the end of February with the repercussions of the invasion of Ukraine by Russia, which are hampering the activity of certain suppliers of the brands. German. As a result, global automotive production fell by 4% in the first quarter compared to S & P Global Mobility (formerly IHS Markit), but this drop reached 18.2% in Europe alone.

Production stoppages in France and Germany

In this context, Plastic Omnium saw its sales in the region fall by 16.7%. The equipment manufacturer evokes a situation “particularly pronounced in France (with production stoppages at its customers Stellantis and Renault due in large part to semiconductors), in Germany and in Eastern Europe (with stoppages in particular at Volkswagen, Daimler and BMW). The good performances in other regions, in particular in North America, still made it possible to achieve overall sales of 2.1 billion euros (-5.5% over one year).

Valeo and Faurecia are doing a little better. The equipment manufacturer, now headed by Christophe Périllat, limits the decline in “original equipment” turnover to 7% in the Europe-Africa Zone, which represents almost half of its activity. Over one year, overall revenue for the quarter appears stable at 4.75 billion euros, while remaining below its 2019 level.

Faurecia (renamed Forvia following the absorption of its competitor Hella) announces for its part overall sales up 1.1%. But the decline in Europe is clear: -8.7% over the quarter, with a drop to -20% in March.

China, another source of uncertainty

With the conflict in Ukraine on the way to a stalemate, these difficulties are likely to persist, at least for part of the year. Added to this is another subject of vigilance: the resurgence of the Covid in China, which has led the government to multiply confinements, as since the beginning of April in Shanghai.

The figures for the first quarter already bear some stigma. Plastic Omnium, with revenue in the country up 2.1% over one year, reports for its tank manufacturing activity “the beginning of an impact following the confinement in Shenyang”. Forvia, for its part, pointed out in March “the first effects of the restrictions linked to Covid-19 in certain Chinese regions”, with a growth in sales on site of 6%, “much lower than that recorded in January and February”.

And the worst is yet to come, as Beijing has continued to toughen up since its zero-Covid policy. The measures taken “paralyze activity in certain regions and also weigh on the global supply chain”, notes Plastic Omnium. They will therefore have an impact on the first market in the world, but not only. “We remain very attentive to the evolution of the health situation in China and its consequences on the overall level of production volumes, particularly in the second quarter,” warns Valeo.

Despite these uncertainties, the equipment manufacturer confirmed its 2022 financial objectives, presented in February and then deemed cautious by analysts. Plastic Omnium did the same, but not Forvia: the group led by Patrick Koller reduced its forecast for global automobile production to 74.2 million this year, 4 million less than anticipated so far.

It accordingly adjusted its financial objectives downwards, and renegotiated its banking commitments to give itself more flexibility following the takeover of the German Hella. At the same time, the board of directors will propose to shareholders not to distribute dividends this year, and the objective of asset disposals by the end of 2023 has been increased from 500 million to one billion euros.

The tricolor tire champion reported on Tuesday sales up 19% over the first three of the year, to 6.48 billion euros. The impact of inflation (on energy in particular) is one billion euros higher than he predicted before the start of the war in Ukraine. But the group was able to pass on this cost increase to its prices, which increased by an average of 11.9%. Moreover, Michelin is much more present on the replacement market than in the equipment of cars leaving the factory, which ensures its resilience in the face of the vagaries of global production.