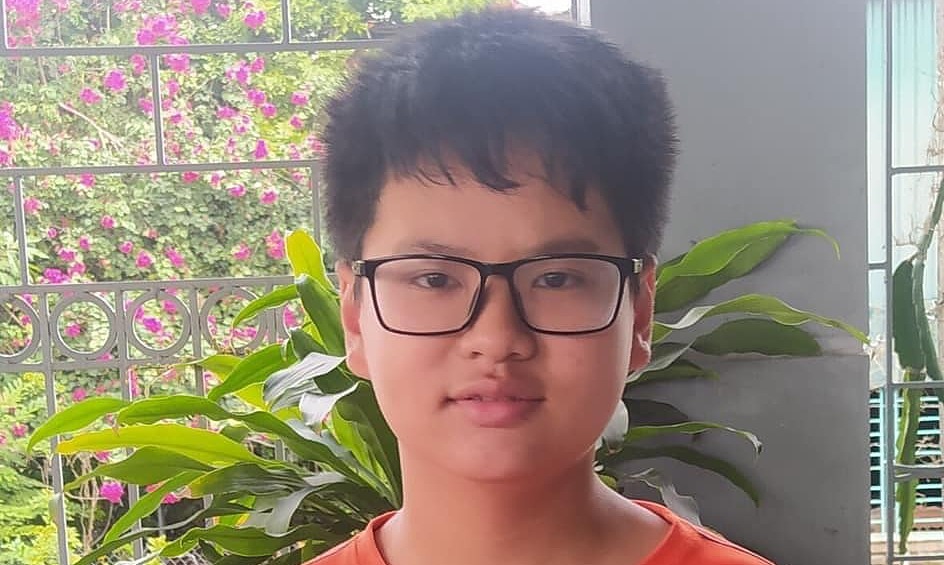 Quang NinhDiscovering a man motionless on the tracks, crushed by a motorbike while the train was approaching, Chien (12 years old) used all his strength to pull the victim out, on the evening of November 26.

Hoang Manh Chien said, when he saw the victim, it was around 19:30 when he was riding his bicycle home from a friend’s house. Seeing that the train carrying coal from Cam Pha to Cua Ong was approaching, with no one around, I tried to shake the victim but this person did not wake up, had to pull himself off the tracks.

The boy from area 7B, Cam Thinh ward, Cam Pha city added that the distance from the locomotive to the victim’s location was only about ten meters, the train was not too fast, but the man had a large body and a car. The motorbike was on top of me, so I had to try many times to pull the victim off the tracks. Less than a minute later, the train passed.

After seeing that the man was out of danger, Chien ran home to call his parents and neighbors for help.

The person who was saved by Chien was Mr. Nguyen Thanh Vot, also in zone 7B, Cam Thinh ward, while riding a motorbike through the railway crossing of zone 3, group 7B unfortunately fell and lost consciousness. The victim suffered minor injuries and is currently in stable condition.

Explaining the reason for saving people alone, Chien said that he could not wait for adults to come because he was afraid of not having enough time, and the victim’s life was in danger. “At that time, I just wanted to pull him off the tracks because the train was coming closer and closer, even though I was very scared. I thought if I kept watching, he would definitely have an accident,” the boy said.

Ms. Nguyen Thi Hong, Principal of Cam Thinh Secondary School, said that Chien is a 7th grader at the school. When she heard people talk about her actions, she was surprised and touched by the brave actions of the obedient, slightly shy student.

“Adults are sometimes confused and don’t know how to handle that situation, but Chien is very smart, brave and brave when acting quickly and decisively to save people despite poor health.” shared by the principal.

Mr. Do The Hieu, Chairman of the People’s Committee of Cam Thinh Ward, said that after understanding the incident, the locality visited and encouraged Chien. In the afternoon of November 28, the school and the Ward People’s Committee will hold a ceremony to reward and commend the male student for his act of sacrificing himself to save lives.

The story of a 7th grader saving people was shared on social networks, attracting a lot of attention. Most of the comments expressed their admiration and admiration for the “child hero”.

“Thank you for being young, but so brave. Hope you are always healthy, happy, obedient and well educated,” a netizen named Bach Yen left a comment.