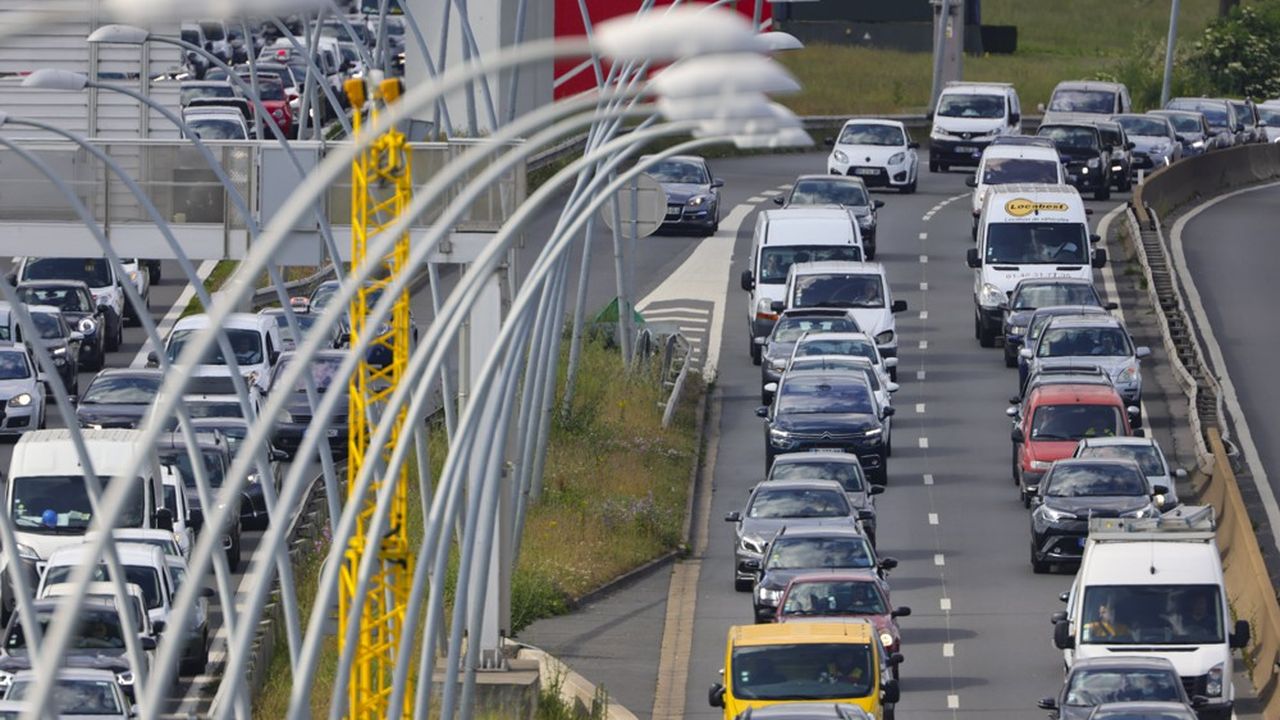 In the automotive industry, the measures proposed on July 14 by Brussels will cause a real earthquake. As expected, as part of the major climate package announced on Wednesday, the European Commission has declared the end of heat engines from 2035: it will demand that the CO2 emissions of new cars be reduced by 100% by that date.

In other words, only new vehicles, 100% electric or hydrogen, which emit no greenhouse gas when driving, can be sold after 2035.

France, which has pleaded for maintaining plug-in hybrids for a transition period beyond this date, has therefore not won its case at this stage. Concerning the intermediate stage of 2030, the Commission has raised the targets for reducing CO2 emissions to 55% compared to 2021 for cars, and to 50% for light commercial vehicles. This target was previously set at -37.5%.

In addition, the exemption which allowed small manufacturers (selling less than 10,000 cars per year) to escape the constraints in terms of polluting emissions will be removed in 2030. Manufacturers of luxury sports cars such as Ferrari, Bentley or Lamborghini, until – there reluctant to switch to electric, will have to significantly accelerate the tempo.

To support this radical shift, Brussels also intends to require member states to acquire sufficient recharging infrastructure on the main roads. Estimating that 30 million electric cars will circulate on European roads in 2030, it will require at least two public fast charging stations (with a capacity of 150 kW for at least one of them) every 60 kilometers from 2025, and twice more in 2030. This will bring the network of public terminals at that date to 1 million charging points in 2025 and approximately 3.5 million in 2030, against 225,000 at the end of 2020.

NGOs have widely welcomed these announcements – which have yet to pass before the Council, where the states sit, and before the European Parliament to be approved. “The shift to 100% sales of fully electric vehicles is a crucial step in achieving carbon neutrality in the middle of the century”, responded Transport & Environment.

Even if manufacturers have largely anticipated this revolution, the shift will not change the sector less. According to IHS Markit, to reach -55% of CO2 emissions in 2030, the share of purely electric cars in the mix would have to increase to 55% of sales in 2030.

We are still far from it: it only reached 5.1% in 2020 (538,000 sales) according to official statistics from the Association of European Automobile Manufacturers and 8.2% in Western Europe (483,000 sales) in the first half of 2021, according to preliminary estimates by German analyst Matthias Schmidt.

“The builders, who are mastodons with a certain ability to adapt, will be ready. But subcontractors, many of whom only manufacture one component for internal combustion vehicles, will have a harder time! », Recently insisted Luc Chatel, president of the automotive platform (PFA), which represents the sector in France. This is evidenced by the jobs already lost in France in foundries, or in companies like Bosch in Rodez.

“It’s an industrial revolution of historic proportions”, for its part warned ACEA in an open letter to Brussels, recalling that the automobile represents 8.5% of industrial jobs in Europe. The Builders Lobby in Brussels was quick to react, believing that banning a technology was not rational and reiterating its call for binding targets for charging infrastructure.

The positions of the various manufacturers (and of the Member States from which they come) are not, however, necessarily aligned. The transition will be easier for German manufacturers, well established outside Europe and likely to finance the transition by continuing to sell thermal vehicles, than for French manufacturers, more dependent on the Old Continent. Carlos Tavares, the boss of Stellantis (PSA-Fiat Chrysler) likes to point out, the revolution in the sector will be Darwinian.