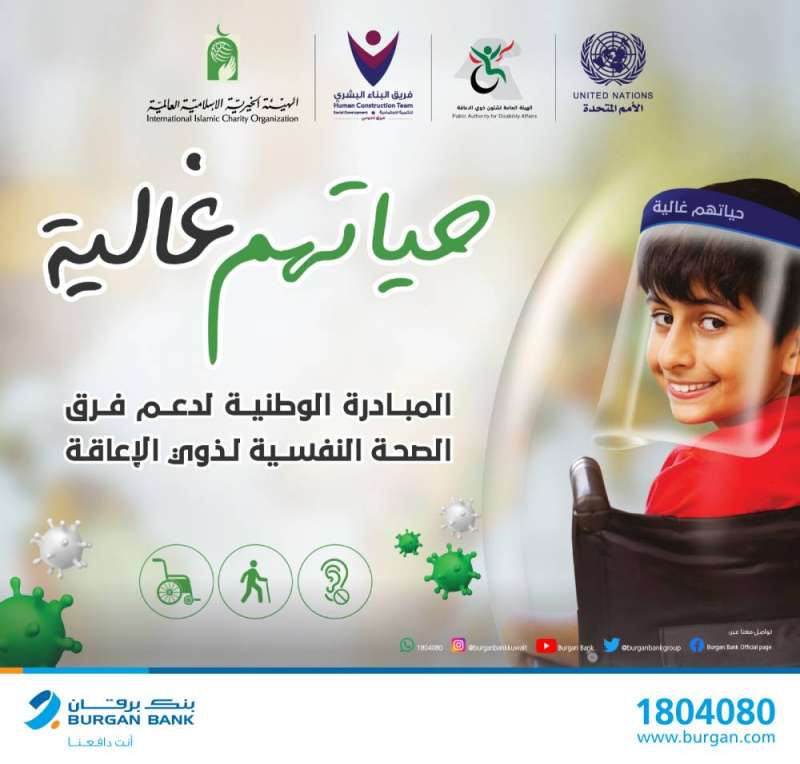 Burgan Bank sponsors the national initiative launched by the Public Authority for Persons with Disabilities under the title “Their Life is Valuable”. It is a unique national initiative that aims to support the mental health of people with disabilities as a result of the negative impact arising from the spread of the “Covid-19” epidemic.

The initiative, which extends for a whole year, was launched in strategic partnership with the Human Building System for Social Development and the International Islamic Charitable Organization, as well as civil society institutions and private and governmental bodies, as an extension of the previous initiative “We are after you”, which was organized under the supervision of the representative office of the United Nations in Kuwait. 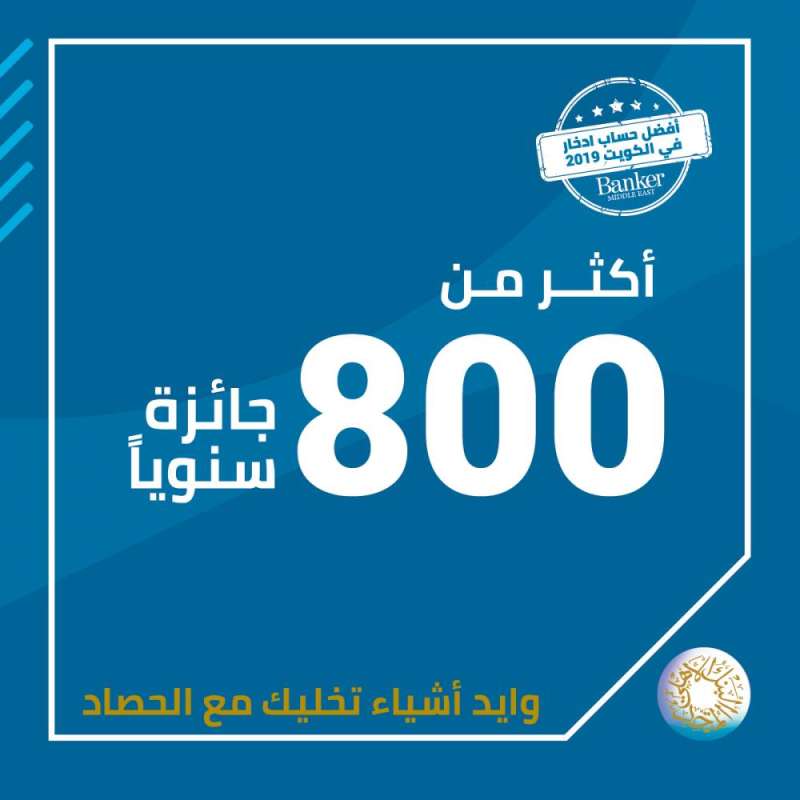 The initiative is a response to the public health emergency, and with the aim of achieving Kuwait’s new vision 2035 towards persons with disabilities.

The program seeks to measure the extent of response to psychological therapies, through questionnaires submitted to persons with disabilities, which reflects the extent of benefit from this first-of-its-kind experiment.

This initiative will continue and will include all regions in the various governorates, and the authority continues to receive cases through its platform that was launched for this initiative.

This initiative is in line with the social responsibility policy in Burgan, which believes in promoting equality in societal rights, and helping individuals with disabilities to integrate into society and contribute to its building.

The bank indicated that the outbreak of the new Corona virus contributed to the occurrence of great psychological difficulties and problems, and that it is its national and societal duty to work to provide health care that would address and reduce the long-term effects of the crisis on people with disabilities.

Through its participation in various campaigns and programs, the Bank will continue to support campaigns and initiatives that support and empower youth with disabilities.