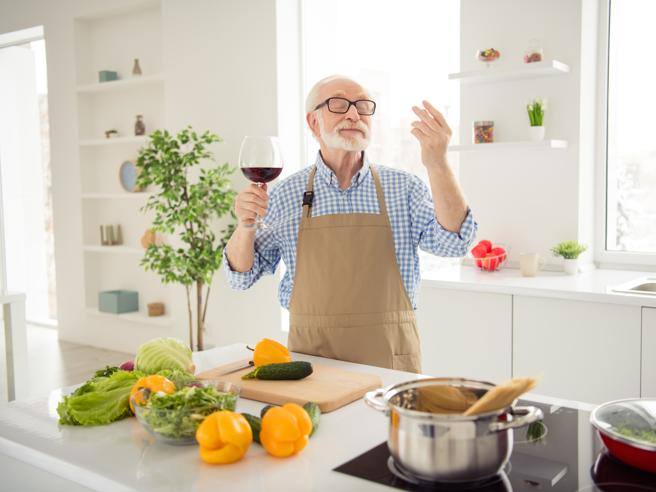 Can Diet Really Affect Male Sexual Abilities? And we are not talking about alleged aphrodisiac foods, but about a large prospective study in which the eating behaviors of over 21,000 American health workers were investigated: doctors, nurses, physiotherapists, dentists and so on (age 62, plus or minus 8) who regularly, since 1986, have reported their eating habits (in terms of quality and quantity of the food eaten) every four years, and taken into account their habits of life, any medicines taken and the state of health every two years. A certain degree of erectile dysfunction in Italy affects about 40 percent of over-fifties and half of over-seventy-year-olds (and with a certain frequency also younger men, especially if exposed to cardiovascular risk factors), but the studies focus on , in us as in the rest of the world, on problems of real impotence or on risk factors rather than on protective factors, so to speak, such as diet.

Purpose of the American study, published in Jama Network open, on the other hand, in November last year, it was precisely to verify whether adherence to a healthy diet would reduce the difficulties of erection, especially among older men. Elena Dogliotti, nutrition biologist and scientific supervisor for the Umberto Veronesi Foundation confirms: “In the literature it is much more frequent to find studies that investigate the now confirmed relationship between erectile dysfunction and diabetes, cardiovascular pathologies, hypertension, hyperlipidemia, obesity, metabolic syndrome, rather than research like this”.

What can a healthy diet do to limit the damage or, better still, prevent it?
«Both type 2 diabetes and overweight and obesity, often concomitant among other things, are frequently associated with a drop in testosterone, typical of old age, which feeds systemic inflammation and lower insulin sensitivity. And the drop in testosterone favors the storage of fat in the abdomen (the waistline should never exceed 94 centimeters), inducing a greater production of pro-inflammatory cytokines. This decrease can also negatively affect the health of the vessels, decreasing their ability to dilate, an important factor for the mechanism of erection. The Mediterranean-type diet has a powerful anti-inflammatory action, reduces the risk of obesity, diabetes 2 and, in general, metabolic syndrome and also heart disease, keeping weight under control and promoting the elasticity of the vessels “.

More precisely, which foods to favor?
«To simplify, we can refer to the Mediterranean model with the emphasis on the consumption of vegetables, fresh fruit, legumes, fish and other sources of Omega 3 fats, such as nuts, linseed and extra virgin olive oil. It is better then to limit the consumption of simple sugars, the sources of saturated fats (fatty cheeses, whole milk, meat, eggs, industrial products that contain them), preserved meats such as cured meats and in general the excess of salt (they should not be exceeded the total 5 grams per day) “.

Could so-called aphrodisiac foods, such as strawberries and oysters, play a role?
“The claims relating to oysters and strawberries have no scientific basis, but the list usually also includes chocolate, chilli, mustard, pepper, anise and, in general, all the spices that could promote vasodilation in can also increase the blood supply to the genital organs; but these are assumptions to be taken with great caution. Probably a psychological rather than a biological effect. Emotions have a lot of power, in short, we would be in the presence of a kind of placebo effect ».