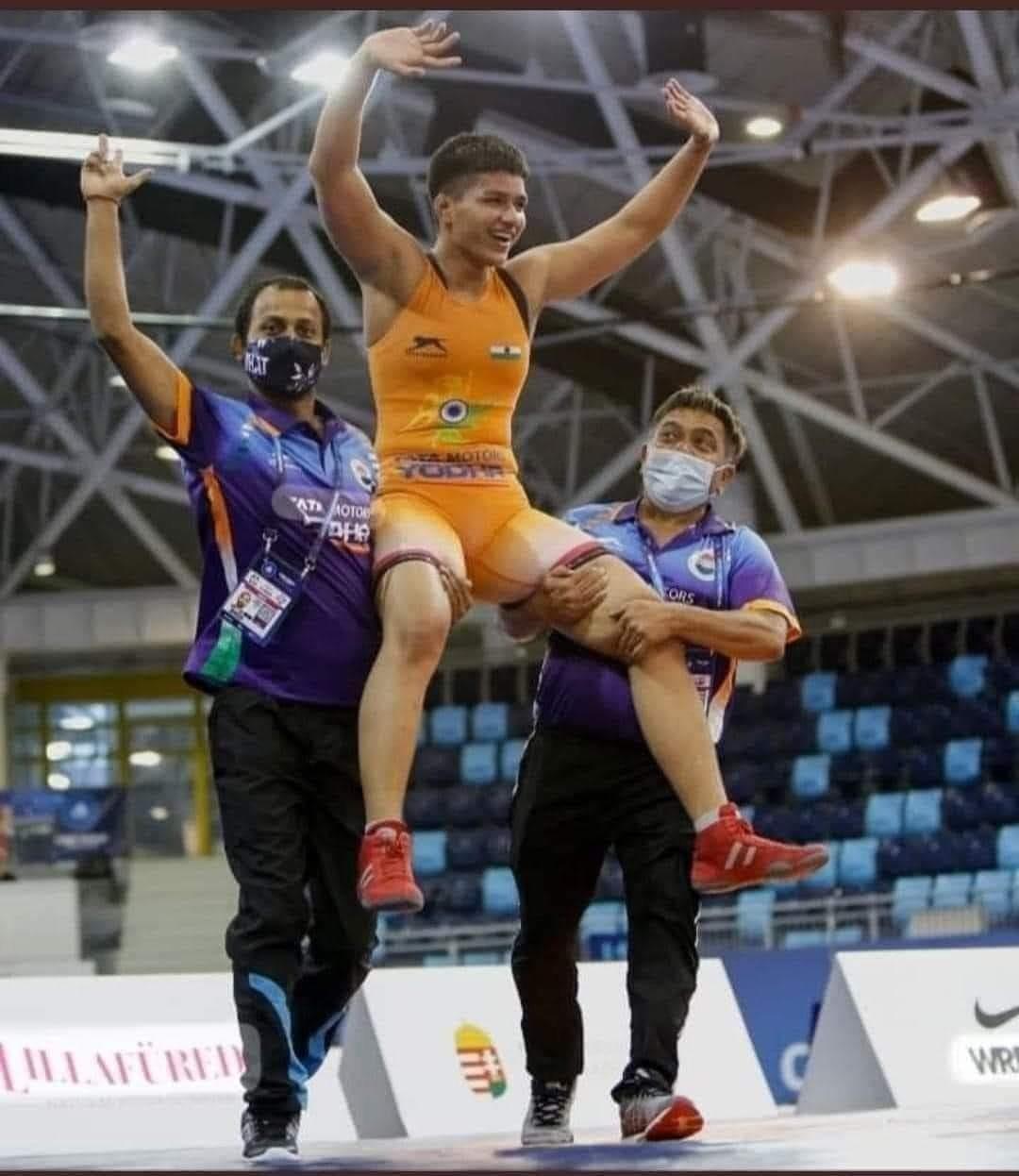 Priya Malik on Sunday won a gold medal in wrestling but many celebrities and famous personalities made a faux pas as they warmed her and assumed that she won the medal in the ongoing Tokyo Olympics.

In reality, Malik had bagged a gold medal at the World Cadet Wrestling Championship 2021 in Budapest, Hungary.

Model-actor Milind Soman got trolled after tweeting a congratulatory message to Priya Malik, assuming she had won gold at the ongoing Tokyo Olympics.

However, Soman apologised in a separate tweet saying he should have checked before tweeting.

Sorry, should have checked before my earlier tweet, but was too overcome with joy 😄 Priya Malik won Gold at the World Wrestling Championships ! Onwards and upwards 👏👏👏👏🙂

Commenting on his post, netizens trolled him for sharing incorrect information and requested him to delete the tweet.

Indian cricketer Ishant Sharma was one of many people, who confused Priya’s achievement with that of weightlifter Mirabai Chanu on Saturday.

“Heartiest congratulations to Priya Malik for winning the gold medal for India at Olympics,” he tweeted.

The pacer deleted his tweet soon after realising his blooper but not before the screenshot of the tweet went viral.

BJP MP Tejasvi Surya was among those who made the blooper. 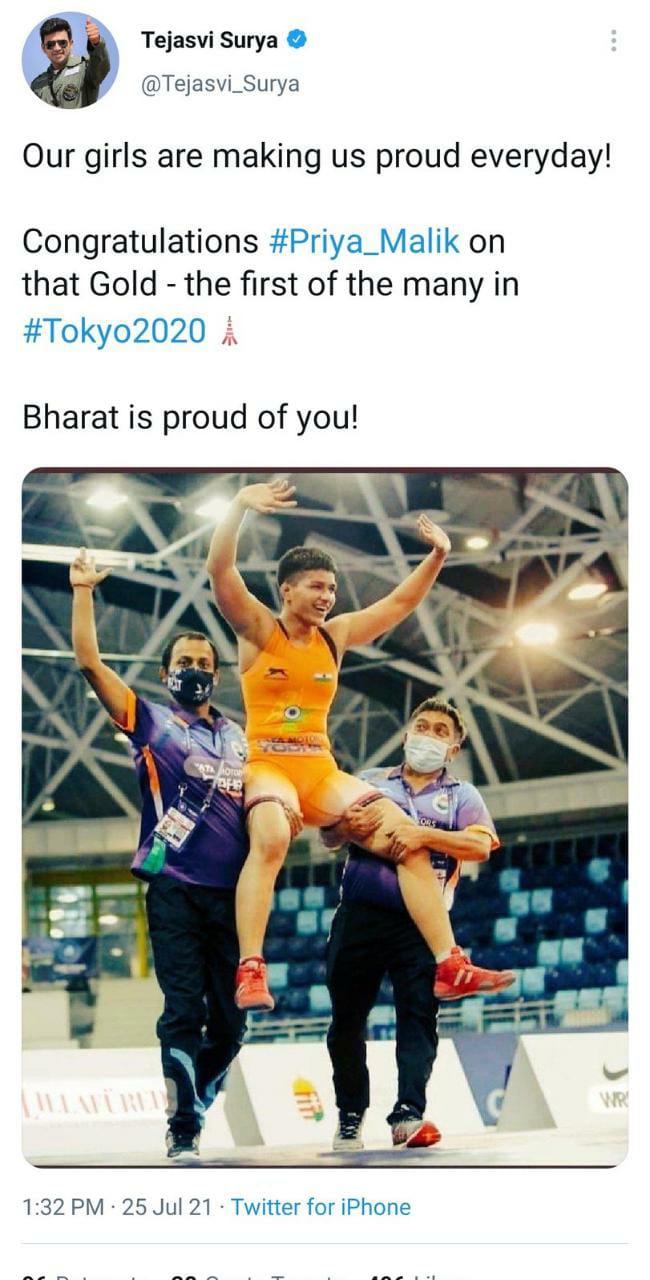 In a tweet, Tejasvi Surya congratulated Priya Malik for the gold, “the first of many in Tokyo 2020”.

Congress leader Randeep Singh Surjewala also made the faux pas of congratulating Priya Malik for winning the medal at Tokyo Olympics before tweeting the correct information.