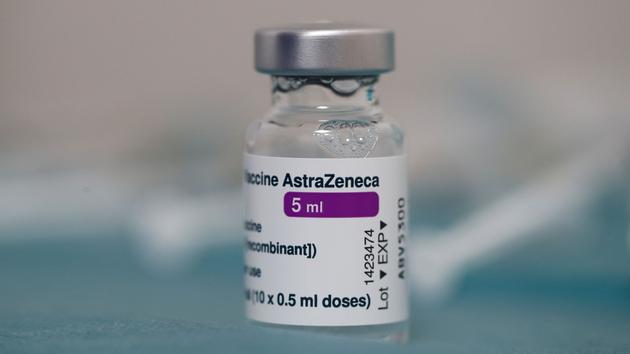 According to the government, 32 million cumulative doses will have been delivered by the end of April.

While the government promises to speed up the pace of vaccination, pressure is mounting on laboratories. All have been promising for several weeks a ramp-up of their production after the delays accumulated at the beginning of the year in the production chain. This acceleration could finally begin to be reflected in the spring delivery schedules. 32 million cumulative doses will have been delivered by the end of April, according to the government.

The first vaccine authorized in Europe, that of Pfizer / BioNTech should continue to supply the bulk of the contingent in France and on the Old Continent. According to our sources, the American-German duo are expected to step up a gear in the coming weeks. While it delivered 5 million doses at the end of February, 4 million are scheduled for March alone. In April, Pfizer / BioNTech plans to deliver 7.6 million doses. According to this schedule, 1.9 million doses will be sent each week in France. “This will make a total of 16.7 million doses delivered in the space of four months, between the end of December and the end of April.“, Says one at the industrialist.

At Moderna, which had been forced to reduce its deliveries by 25% last month, the volumes shipped remain modest with 1.5 million doses expected in the first quarter. The ramp-up should take place from the spring (1.7 million in April then in May), and especially in the second half of the year, a second contract having been concluded with the European Commission (150 million additional doses).

AstraZeneca also intends to turn the page on the delays of last month (1.6 million doses delivered instead of 2.5) in March. 4.8 million doses are expected this month. That is 6.4 million doses in the first quarter, against 9 million initially planned. At the wholesaler-distributors, deliveries had been revised downwards this week (300,000 doses received, against 500,000 the week of February 22), for lack of sufficient arms to vaccinate. “There was a bottleneck which should disappear with the possibility given to pharmacies to administer the vaccine from mid-March”, explains Hubert Olivier, president of the Pharmaceutical Distribution Chamber. In the second quarter, 11 million doses are expected.

All hopes also converge on Johnson & Johnson, whose vaccine, which has the double advantage of being injected in a single dose and of being able to be stored in a conventional refrigerator – should be approved in mid-March by the European Medicines Agency. Nearly 30 million doses are planned for France, including 8.1 million before July (2.7 million per month from April). In the event of a green light in mid-March, the laboratory considers, in fact, that the deadlines would be too short to start delivering from the second half of the month. But the government has not abandoned this idea and is increasing contacts with its leaders.

Behind the scenes, the production system intensifies. In France, subcontractors Recipharm and Delpharm should start production of Moderna and BioNTech vaccines in March and April. In addition, the multiplication of alliances between large laboratories should also contribute to the acceleration. On Thursday, it was Novartis’ turn to announce that it would manufacture doses of the future Curevac vaccine, in addition to its agreement with BioNTech.