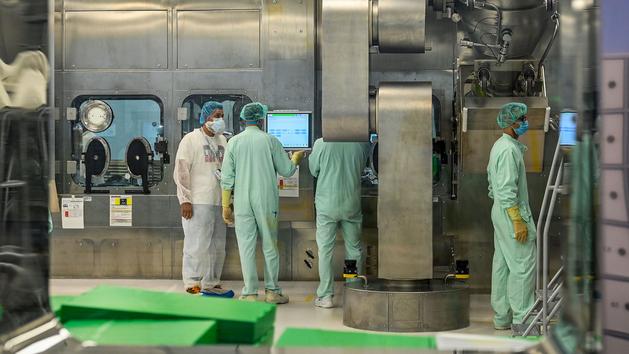 A vaccine available in the first weeks of 2021. This goal, unimaginable a few months ago, is now mentioned by the most serious scientists. The race between the major Chinese, American and European pharmaceutical companies, launched in the spring, entered the home stretch this summer. The American firms Pfizer and Moderna say they want to apply for a marketing authorization by the end of November. Never has the scientific community mobilized so quickly against a health threat.

Nine months after the publication of the genetic sequence of the virus by Chinese researchers, nearly 200 candidate vaccines are being tested. 154 are in the preclinical stage, that is to say that they are the subject of tests on animals. 44 others are being tested in humans, ten of which have reached phase III. Carried out in countries where the virus is actively circulating (Brazil, United States, etc.), this step aims to assess the protection conferred by the vaccine in real conditions. It includes several thousand volunteers, and makes it possible to compare the rate of infection within the vaccinated population with that of patients who received a placebo. Phases III also make it possible to detect possible rare side effects. This is the last step before going to market. The WHO considers that an efficacy of 50% is the threshold to be reached for a future anti-Sars-Cov-2 vaccine.

“The challenge of such trials is also to answer questions essential to the implementation of our future vaccine strategies., explains the Pr Jean-Daniel Lelièvre, head of the clinical immunology department at CHU Henri-Mondor (Créteil). At this point, we do not know whether the main vaccine candidates will be able to completely avoid infection, and therefore contagiousness. Or, if they will be effective in preventing severe forms in the elderly. “

Some of the prototypes under evaluation will no doubt prove to be insufficiently effective or responsible for side effects which would call into question their benefit-risk balance. On October 13, the American firm Johnson & Johnson announced the interruption of its phase III trial after the unexplained onset of a disease in a participant. The pharmaceutical group AstraZeneca suspended its in September, before resuming it in Britain. He was cleared to resume in the United States this Friday evening.

The diversity of approaches considered increases the chances of success. Some are based on the injection of an inactivated version of the Sars-Cov-2 virus, others on the use of fragments of genetic material dictating the production of proteins capable of inducing the desired immune response. “But the most advanced candidates will not necessarily be the best”, warns the Pr Lelièvre, who emphasizes: “Other projects in phases I and II are also very interesting. This is the case with mucosal vaccines (administered orally or nasally, NDLR), which could both prevent infection and protect against its severe forms. “

Once authorized, the first vaccines will initially only be available in limited quantities, even if manufacturers did not wait to start production. According to the Pr Hare, “Taking into account all the vaccines in phase III, France should receive several tens of millions of doses over the whole of 2021. Enough to cover urgent needs.”

»See also – Covid-19: Behind the scenes of the French vaccine factory

Covid-19: Behind the scenes of the French vaccine factory – Watch on Figaro Live