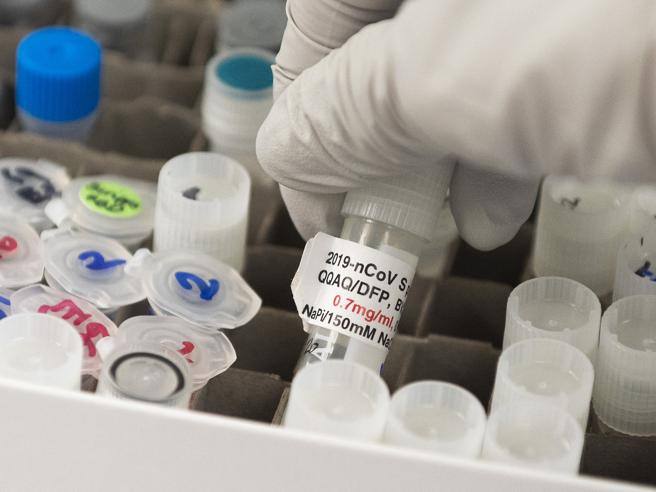 «Vaccination in schools is one way to go, but let’s complete vaccination of teachers (we are at 70%) and of all the staff, then we also tackle the problem of older children and progressively of all those who are under 16 years old ». It is getting closer, even in the words of the Minister of Education Patrizio Bianchi, the hypothesis of extending the vaccine also to the under 16. One hypothesis could be to carry out the administration directly at school: “We are thinking about it, it was already done in the 70s” underlined the emergency commissioner Francesco Figliuolo. Also from the point of view of scientific research, progress is being made at a rapid pace.

The results of the study

The American Food and Drug Administration (FDA) is in fact preparing to authorize the use of the Pfizer-BioNTech vaccine in the 12-15 year range by early next week: reveals the New York Times, citing leaks from federal officials. A decision expected since Pfizer announced the first results of its study, showing that the vaccine is at least as effective in adolescents as it is in adults. The European Medicines Agency (EMA) is also evaluating the request to extend the use of Comirnaty (the vaccine from Pfizer and BioNTech, currently approved for ages 16 and up) in the 12-15 age group. The outcome of the rapid evaluation by the Committee for Medicinal Products for Human Use (CHMP) is «scheduled for June – Ema said -, unless additional information is required “. The CHMP opinion, based on data presented by Pfizer and BioNTech (including the results of an ongoing large clinical study in adolescents aged 12 and above), will then be forwarded to the European Commission, which will adopt a decision valid for all Member States. of the EU.

There are two experiments on children and adolescents. They involve two mRna vaccines: in addition to Pfizer / BioNTech, there is the modern American company. The first phase 2/3 trial, conducted by Moderna, began in the United States in December on 3 thousand children between 12 and 17 years and the same company has just started a second study (called ‘KidCove’), also in phase 2/3, on 6,750 children from 6 months to 11 years. The first to receive the vaccine will be the older ones and gradually it will move to the small ones. In the United States and Germany, the experimentation conducted by Pfizer / BioNTech on 2,260 children between the ages of 12 and 15. The results, announced by the manufacturers, are positive: after both doses the production of antibodies was greater than that observed, in a previous study, in the age group between 16 and 25 years. Another trial, phase 1/2/3, is underway on children from 6 months to 11 years.

“It is probable that in both cases the approval by the regulatory authorities will be quite rapid, in time for the reopening of the schools – observes the immunologist Sergio Abrignani, professor at the State University of Milan and member of the Scientific Technical Committee -. It is likely that in September we will have 85% of the population vaccinated“. Considering 10% of the population that refuses the vaccine and about 5% who cannot get vaccinated for other reasons, about 7 million children and young people aged 2 to 18. “For the little ones, from zero to 2 years, the data will come later.” If all goes as planned, concluded the immunologist, “at the beginning of the school year children and young people could be vaccinated. This could mean having immunized adults and children Christmas parties much earlier: a great result ».