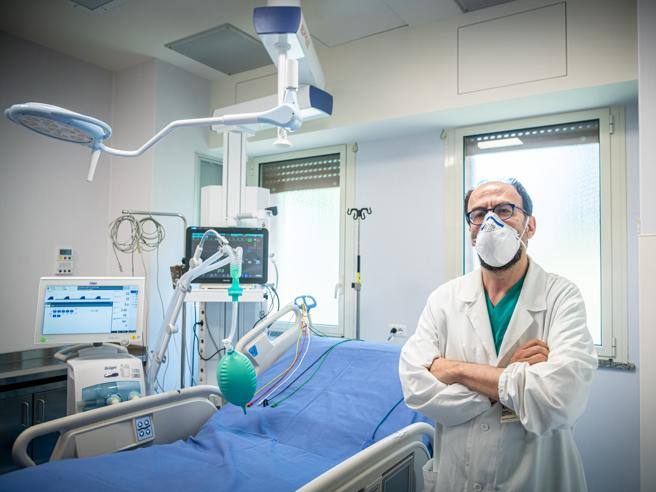 With the increase in coronavirus infections and Covid patients in Italy, while the government is studying the launch of new measures to curb the pandemic, attention returns to intensive therapies. On Sunday 11 October they welcomed 30 more people infected with the SARS-CoV-2.

Throughout Italy they are 420 severe patients. A low number if compared to the over 1,300 cases that Lombardy alone had to treat in some dramatic days in March.

But the comparison with last spring is not enough. There are other data to consider to understand if the Regions are ready to face the second wave.

Intensive care units are the departments dedicated to patients in critical conditions, both due to Covid-19 and for other pathologies or traumas. In the most agitated moments of the emergency, the most affected Regions opened beds for this type of patient wherever possible. After the peak everyone had to draw up a plan to expand the departments.

Nationwide been planned an increase of 3,553 seats compared to the starting 5,179, says the Ministry of Health. To these are added another 4,225 of semi-intensive therapy, half of which can be converted for critically ill patients.

To create more beds, you need machinery, work, space and time. And today, as the infections rise, the maxi-floor not completed.

The 38 percent of the programmed beds were activated, the ministry says, without providing regional details: Italians have 6,529 resuscitation beds available today.

The tender to start the construction sites was launched by the extraordinary commissioner for the emergency Domenico Arcuri at the beginning of October and will close today at 2 pm The forecast to see the workers at work by the end of the month.

How many intensive beds are occupied today and how much space is there if cases increase rapidly? Altems, the High School of Economics and Management of Health Systems of the Catholic University, in the latest report calculates this percentage both on the total available pre-Covid beds and on the places we will have in the future.

The Courier servicedid the same with the data as of 11 October. Nationwide, the saturation is 7.4 percent. Seven out of 100 beds for the seriously ill are occupied by infected people. The others are not all free: in part they welcome people with other pathologies.

Regional photography is more difficult. We created a fork, not knowing at what point in each hospital the expansion of intensive care, explains Americo Cicchetti, director of Altems and coordinator of the report.

Among the worst data is that of Valle d’Aosta, with 30 percent saturation taking into account pre-emergency beds (90 per cent in March).

It follows Campania, with 18.2 per cent: worse than spring when the epidemic had not overwhelmed her.

In third position Sardinia with 16 per cent of the beds occupied, compared to 11 seven months ago.

In fourth place the Liguria, with 14.4 percent, however, far from the 81 percent of the past.

There Lombardy, a land battered by the first wave, which went from 122 percent (with beds created from nothing to keep up with requests) to 5.6 on Sunday 11 October, the Piedmont from 86 to 7.3, the Veneto from 48 to 4.9.

Some areas are stopped at zero: the case of Molise, Basilicata, the autonomous province of Trento. Yet Cicchetti invites us to go further. The increase in places should be such as to allow both Covid and non-Covid patients to be managed. Otherwise there is the risk of blocking the rest of the healthcare activity again. From next week, the university’s monitoring will link virus admissions only to scheduled additional beds.

The first to carefully observe the data are the hosts of these wards: the anesthetists-resuscitators. On Sunday, during the online round table of Siaarti (Italian Society of Anesthesia, Analgesia, Intensive Care and Intensive Care), the experts shared what they see in the ward. We oscillate between 7 and 15 percent of inpatients who end up in resuscitation – summarized the vice president Antonello Giarratano -. The disease has not changed, but the infected are younger, so they are less likely to aggravate and the tracking more effective. The professor says he is worried about the many asymptomatic people: so we don’t know who to defend ourselves from. And the trend of infections goes up. It must be stopped now with more stringent measures. We are late for the expansion of intensive care posts. We had a cicada summer.

There is another point that is close to his heart. With the Calabria decree, fourth and fifth year trainees were given the opportunity to be hired and work in their own area of ​​expertise. Some regions have taken action, others have settled on the emergency Covid contracts. And so there is a risk that resuscitation residents end up in other departments. We need a ministry audit.