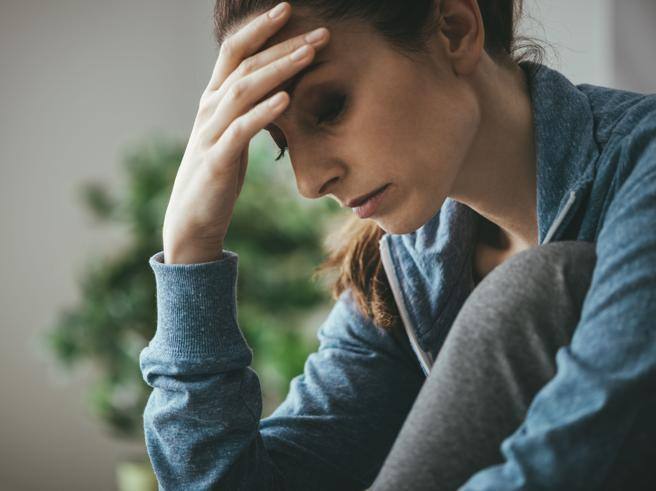 “Why don’t you try to go out? Try to react. Come on, get up ». Words designed to lift those in a low mood, which maybe can work for those who are going through a moment of normal sadness due to a personal difficulty, such as the end of a relationship or a problem at work. However, they are wrong words, inappropriate and even dangerous if those in front of us are not only sad or disheartened but suffer from depression, as the new information campaign underlines Depression cannot be defeated in words: they are pronounced in good faith, of course, but they contribute to the perpetuation of the idea that this is not a disease but a state of mind. “Depression is still underestimated but it is not a defect, a vice, a character trait: it is a disease in which there are very specific biochemical causes, often associated with genetic or character traits of predisposition”, he observes Ovidio Brignoli, vice president of the Italian Society of General Medicine and Primary Care (Simg).

The deficiency in the brain of the “happiness neurotransmitter”, the serotonin, in short, it is not something that can be classified as generic sadness, but an organic imbalance which then manifests itself with symptoms to be recognized quickly and well, as he underlines Massimo di Giannantonio, president of the Italian Society of Psychiatry (Sip): “In addition to the lowering of the mood, depression is associated with anhedonia, or the loss of pleasure for life: food, social and family relationships, the activities of the time free are no longer a source of joy, the whole everyday life seems to lose its meaning. Then there are also cognitive symptoms (such as difficulty concentrating, memory and attention or inability to make decisions, ed) that must set off the alarm bell: depression puts the brain under stress and affects its correct functioning. Understanding that we are facing a depressive episode is fundamental, because the more time passes between the onset of symptoms and the diagnosis with the initiation of therapy, the more the disease becomes serious and at high risk of relapse, with further depressive crises in the following months and years “.

First cause of disability

If you suspect that you suffer from depression then you should not put your head in the sand, also because it is the first cause of disability in the world, according to the World Health Organization: the sick suffer a lot and the repercussions on active life are many, for example, each patient is forced to take time off work on average 42 days a year, with social costs due to lost working hours which in Italy alone amount to 4 billion euros a year. Talking about it is essential, first of all with the family doctor who can then direct you to the specialist; Unfortunately, the obstacle course for patients does not end here because, on the one hand, depression is underestimated, on the other, like all psychiatric pathologies, it is subject to prejudices that are hard to disappear.

“Patients fear being labeled as” crazy “if they go to the psychiatrist, so often even after the diagnosis they reject the disease out of shame, they wait, hoping it will pass”, he intervenes Andrea Fiorillo, president of the Society of Social Psychiatry (Sips). «Not to mention the fear of drugs: antidepressants are thought to be similar to drugs, many think they become addicted or that they alter the functioning of the brain. Not so, today we have effective and well tolerated medicines, different for the various forms of depression, which after a correct diagnosis must be used with confidence “. “And without stopping taking them as soon as you perceive an improvement, after a few weeks from the start of the treatment”, explains Di Giannantonio. “The abandonment of drugs prevents there is a real resolution of the depressive episode: there is a remission but not a cure, which is possible, and thus the probability of a new crisis increases”. The numbers are worrying: the different forms of depression affect three million Italians, one million have to contend with major depression, particularly severe, and even in these cases only half of the patients get a diagnosis and adequate treatment.

As if that were not enough, the Covid-19 pandemic has what it takes to worsen the situation: “For decades, however, we had created the conditions for cases of depression to increase”, Brignoli points out. “Human relationships that have become increasingly virtual, adolescents deprived of responsibility, haste and pressure for results are all elements that favored the appearance of mood disorders even before the coronavirus”. Which risks being the classic straw that breaks the camel’s back, pushing even more people towards depression due to social and work insecurity, fear of contagion, uncertainty about the future. “The data of our research on about twenty thousand people, which will be published at the end of October, indicate that in recent months the symptoms of anxiety have increased by 30 percent and above all by 40-50 percent those depressive: in the post-lockdown a person out of two is showing signs of depression, ”says Fiorillo. “At the first signs of mental distress, help is needed: depression must be recognized and fought, because it compromises general well-being by favoring wrong lifestyles, such as cigarette or alcohol abuse and a sedentary lifestyle, which in turn facilitate the onset of other pathologies. There is no health without mental health ».