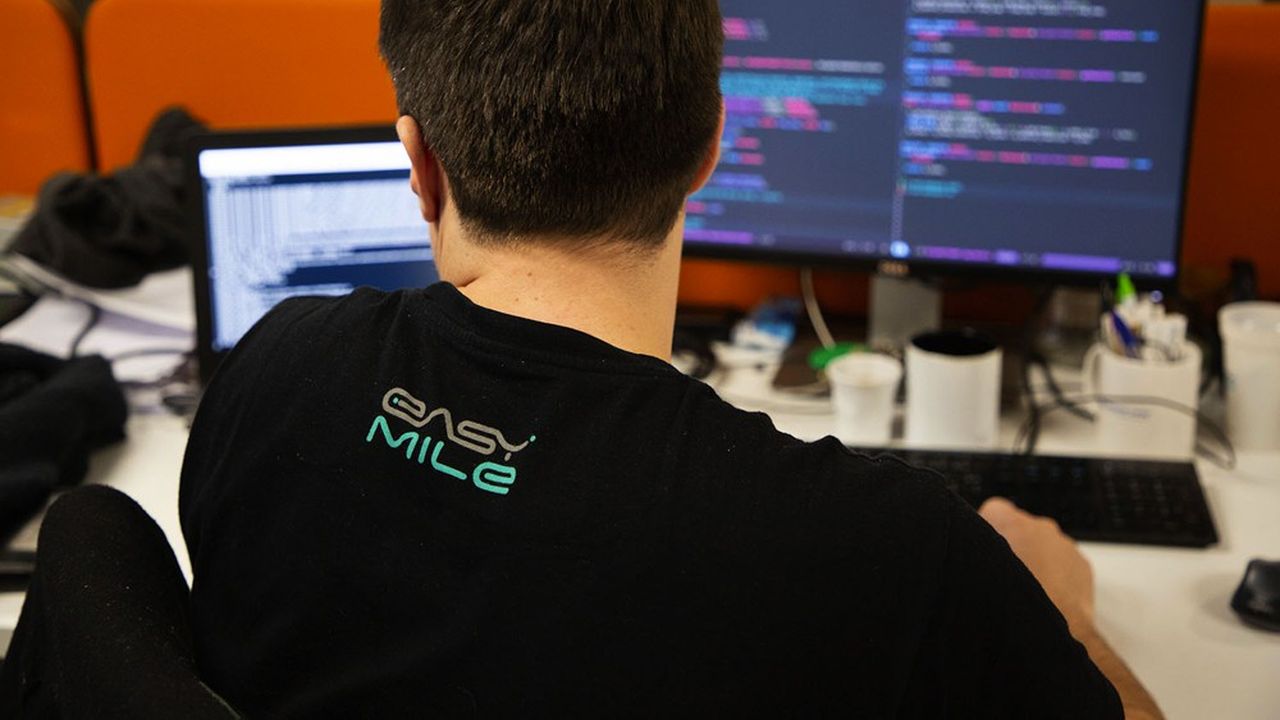 The manufacturer of autonomous vehicle systems EasyMile has just raised 55 million euros from the funds Searchlight Capital Partners, leader, McWin and NextStage AM mainly. The historic investors Alstom, Continental and bpifrance, which contributed 34 million in 2017 and 2018, also took part. This significant contribution of funds will allow it to finalize the technology and accelerate its international deployment to sell its first business models in 2022.

Founded in 2014 in Toulouse and located in Singapore, the United States, Germany and Japan, EasyMile has designed the EZ10 15-passenger autonomous shuttle, built by Ligier, and the TractEasy luggage and logistics trolley tractor, manufactured by French TLD, the world leader in airport service vehicles. The start-up has sold 180 experienced pilot shuttles in more than 30 countries and, with TLD, around ten pilot tractors tested in airports and factories. But she does not indicate her order book.

“EasyMile has a pragmatic vision of autonomous vehicles, which consists in first dealing with simple use cases before moving on to complicated cases,” explains its CEO Benoit Perrin. We will start by selling the autonomous tractor, for which we will have a real commercial product at the end of 2021. For the shuttles, it will be in 2022. ”At the Stellantis plant in Sochaux, the TractEasy transports spare parts from the supplier area at the car assembly line, on a one-kilometer circuit. Others are tested by Amsterdam Airport and Japan Airlines. The autonomous tractor will first be used on a predefined route to avoid reprogramming it. benoît Perrin estimates that “on a global market of 10,000 tractors per year, several thousand could be automated in a few years”.

The matter is more complex for passenger shuttles because of technical and regulatory constraints. For the first time, the company is upgrading a shuttle without an operator on board in Australia this year. Two other experiments without a supervisor are planned in France at the end of the year, including one at the Toulouse Oncopôle on an open road if the regulations allow it. The company is working with state services to study future regulation of autonomous vehicles. EasyMile plans to sell its first commercial shuttles in 2022 on a closed circuit to begin with. The systems maker will also work with Stellantis to build an autonomous van by the end of 2022.

With its fundraising, EasyMile will strengthen its commercial presence in Germany, Northern Europe, the United States, Japan, Korea and Singapore. It is also immediately recruiting around fifteen engineers in robotics and embedded software. The company now employs 250 people, including 180 in Toulouse. It achieved a turnover of 16 million euros in 2020, down 10% with the health crisis, and does not expect a return to growth until 2022.