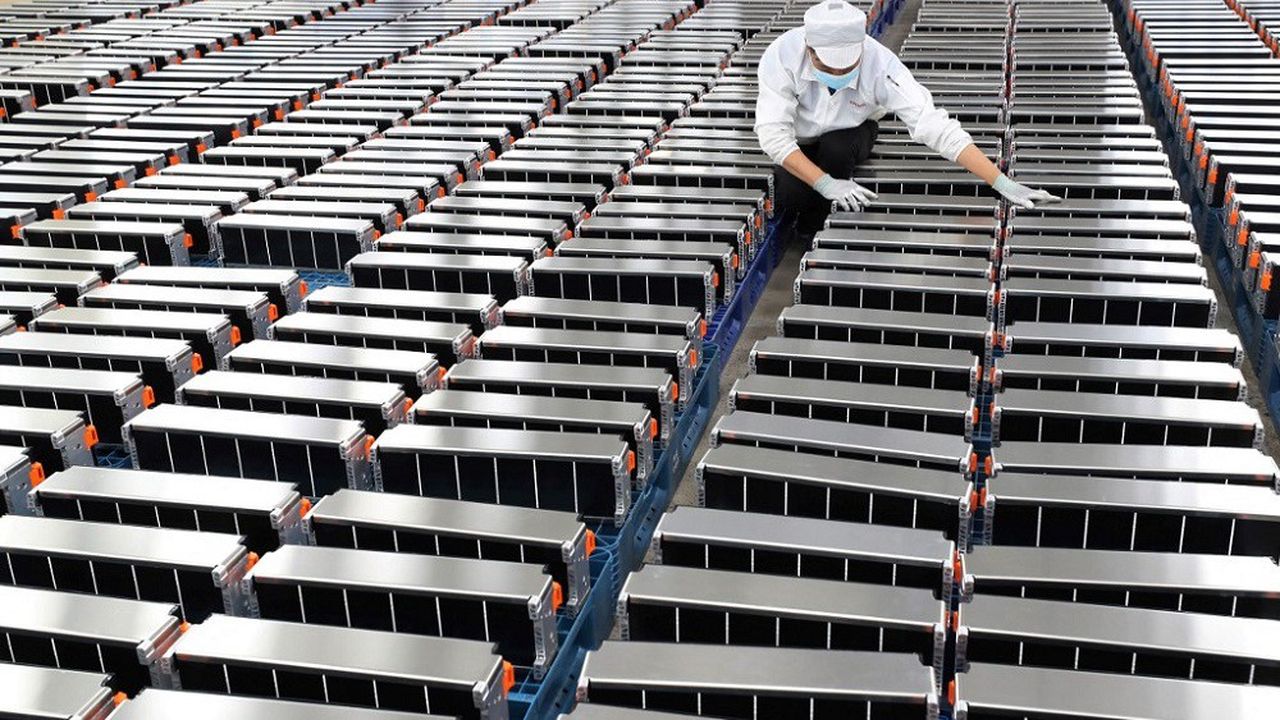 It is the new sinews of war. At a time of the explosion of electric mobility, the needs in terms of large capacity lithium batteries are exploding. According to figures published in December by the European Commission, demand will increase fourteen times between 2018 and 2030, from 184 to 2,623 GWh per year.

For the European continent alone, demand should drop from 36 to 443 GWh over the same period. A figure which corresponds to the annual consumption of a city of 100,000 inhabitants. And that’s nothing compared to China, whose demand is expected to reach 1,122 GWh in 2030.

The rise of electric cars is largely responsible for this coming rise. The European Commission recalls that 7.2 million vehicles of this type were in circulation around the world at the end of 2019, of which 2.1 million were sold in 2019 alone. In 2030, the needs of electric mobility will represent nearly 90% of the entire demand for electric batteries.

Europe is currently not able to meet its own needs. According to continental authorities, the EU produced around 26 GWh of lithium cells in 2020, or 6% of global production. The ambition is to increase this share to 16% in ten years, to reach a capacity of 500 GWh per year.

About twenty “gigafactories” in the pipeline

This shows the stake represented by the construction of factories. There are more and more announcements from manufacturers. Over the past two weeks, Renault and Nissan have notably formalized the launch of two battery factory projects. One in Douai, in the north of France, for the diamond brand, the other in Sunderland, in the north of England, for its Japanese partner.

Today there are more than twenty projects launched for the construction of factories. Some have already entered service, such as the LG Chem factory in Poland. Among the rest, a large majority are due to start production by 2024.

Germany clearly dominates its neighbors, with already 6 “gigafactories” announced on its soil, including that of Tesla, in the Berlin region. In France, activity is concentrated in the North, where Renault – in collaboration with the Chinese Envision and the French start-up Verkor, which is also to build its own factory on French soil – and the Stellantis group – as part of the ACC partnership with Total – each launched the construction of a site in Douai and Douvrin. These two projects represent a potential of more than 4,000 jobs.

Nissan estimates that the installation of its production site in Sunderland could generate more than 6,000 jobs. A figure similar to that given by LG Chem in Poland. The European Commission estimates that the development of the sector could lead to the creation of 3 to 4 million jobs by 2030.

On the manufacturer side, the German Volkswagen seems to be the one who has advanced the most pawns. The group has established links with several suppliers, including LG Chem, Northvolt and Samsung SDI. In March, he announced his desire to build six “gigafactories” of 40 GWh each on European territory.