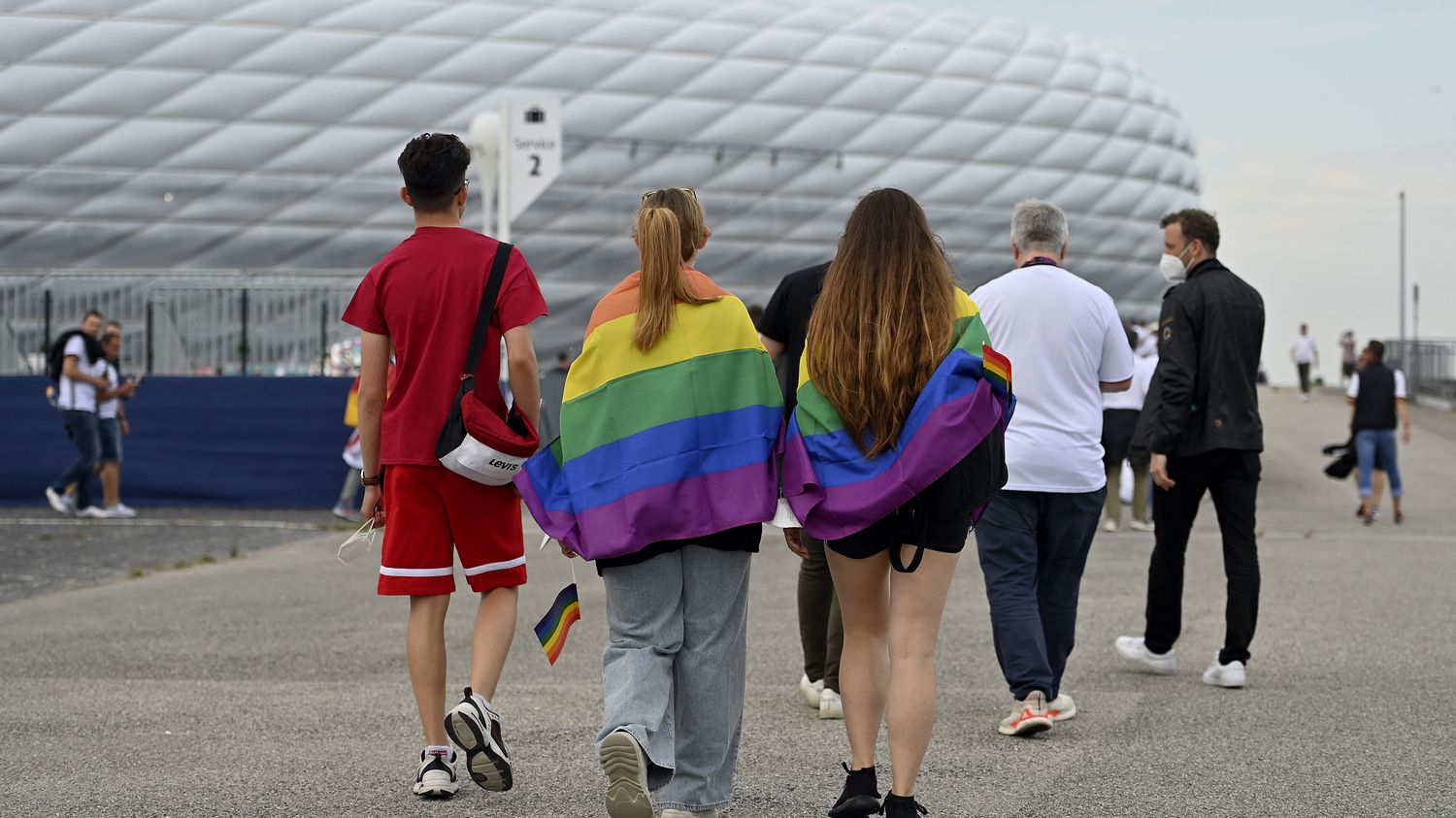 Despite UEFA’s refusal to light up Munich’s rainbow-colored football stadium on Wednesday, the whole country has shown its support for the LGBT + cause, while a law deemed discriminatory was passed in Hungary.

The decision of UEFA, organizer of Euro football, not to illuminate the Munich stadium in rainbow colors has caused an uproar in Germany and Europe. The Munich municipality’s initiative aimed to protest against a Hungarian law passed last week in Budapest and deemed discriminatory against homosexuals. Despite this ban, Wednesday, June 23, all of Germany mobilized as the country faced Hungary on the ground.

Germany were multicolored on Wednesday. Solidarity with the LGBT + community was present everywhere: dhe media, companies and personalities have displayed the rainbow banner on their logo, their profiles on social networks, such as Antoine Griezmann for example. The Munich town hall has decorated its building. Seven major stadiums across the country lit up in the evening, as did the mast of a wind turbine in the immediate vicinity of the Allianz Arena where the match against Hungary was taking place.

Before the match, at the entrance to the Munich stadium, local organizers of the pride march handed out masks and 11,000 six-colored flags. A flag that a spectator did not hesitate to wave before kick-off on the field by running in front of the players lined up during the Hungary anthem, before being tackled to the ground and evacuated.

This “rainbow gate” was not limited to the world of football since even Angela Merkel commented on this affair in front of the Chamber of Deputies. Lthe German Chancellor denounced a bad law, incompatible with his idea of ​​politics. Still according to Angela Merkel, “We do not limit unions between homosexuals, nor do we restrict information on this subject.” Words that earned the Chancellor applause in the Bundestag ([’assemblée parlementaire de la République fédérale d’Allemagne]. Lhe representatives said they were as outraged as the German people against this UEFA decision and against Viktor Orban’s policy in Hungary.

For its part, UEFA has expressed itself on Twitter to show its support for the LGBT + cause.

You can listen to Ludovic Piedtenu’s report here.