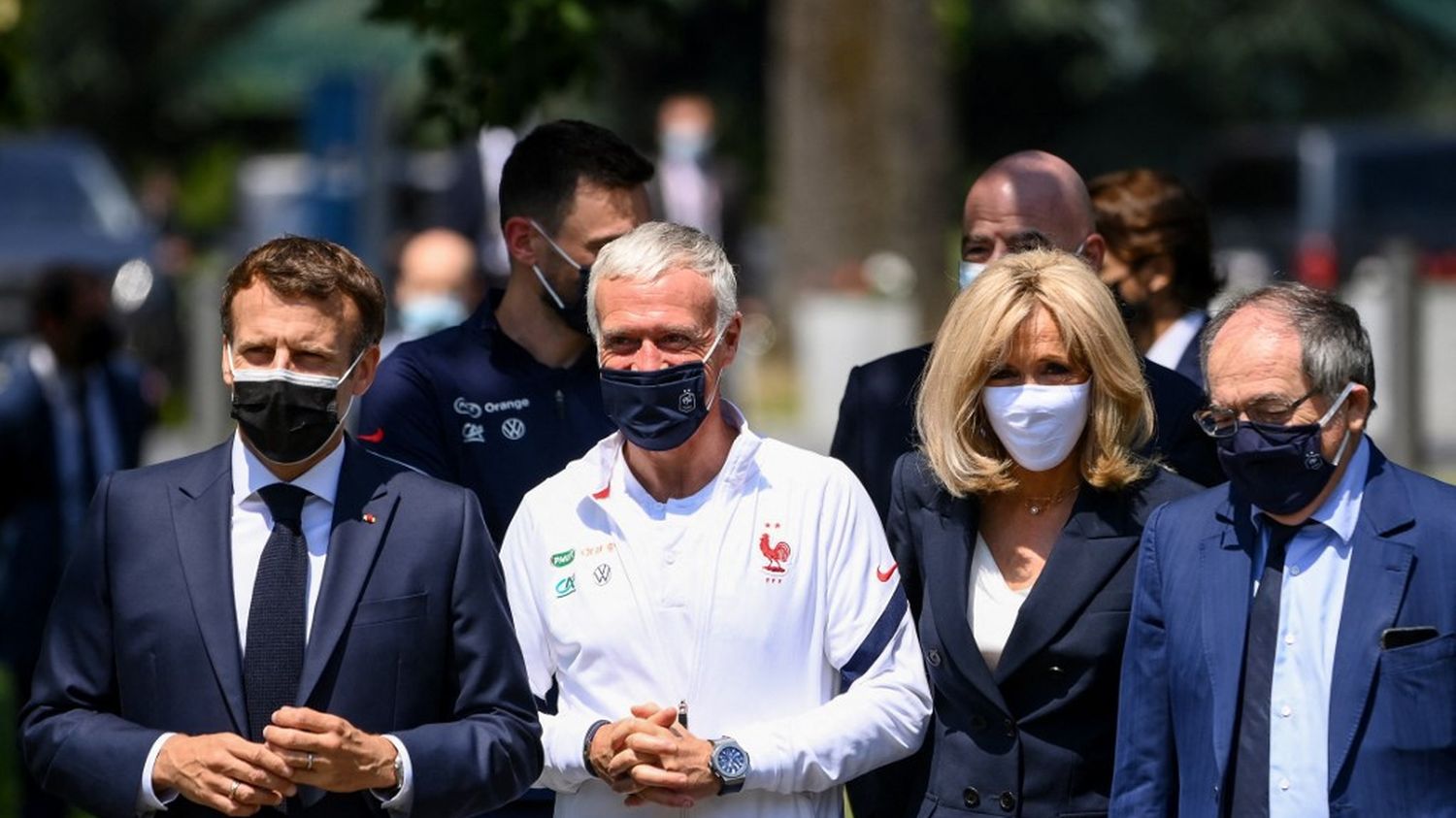 On his arrival in Clairefontaine, Thursday, June 10, the President of the Republic, Emmanuel Macron, greeted all the players of the France team, during his visit which has become traditional before the start of each major international competition.

He took the opportunity to punch them in the fist, asking them “so, in good shape?”, “the morale is good?”. “Go all the way, eh!”, even launched the head of state by greeting the striker Antoine Griezmann, who replied: “We will try, we represent France”.

Smiles and personal attentions for almost every player in the squad. “It’s nice!”, he told Karim Benzema, back in the France team after five years. “Thanks for the vaccine, it was great”, he then told Kylian Mbappé, who had posted a photo of his vaccination on social networks. He congratulated the tireless N’Golo Kanté for his “beautiful season” and his Champions League win with Chelsea, asking him if he had “still three lungs?”.

The Head of State, accompanied by his wife Brigitte and the presidents of Fifa Gianni Infantino and of the FFF Noël Le Graet, was then to share the lunch of the Blues, who will begin the competition with a top match against Germany on June 15.

By going to the “house of the Blues” in the middle of the woods of Clairefontaine-en-Yvelines Emmanuel Macron continues a tradition launched by Jacques Chirac in 1998 and which he has respected since the start of the five-year term by having supported the French men’s and women’s teams before the 2018 World Cups in Russia and 2019 in France.

“These competitions, we win them first when we are not afraid”, he told the players. A year earlier, he had ordered the Blues to win “the second star”, that is to say a second world championship title after that of 1998. He then went to Moscow for the final won by France vs Croatia 4-2.