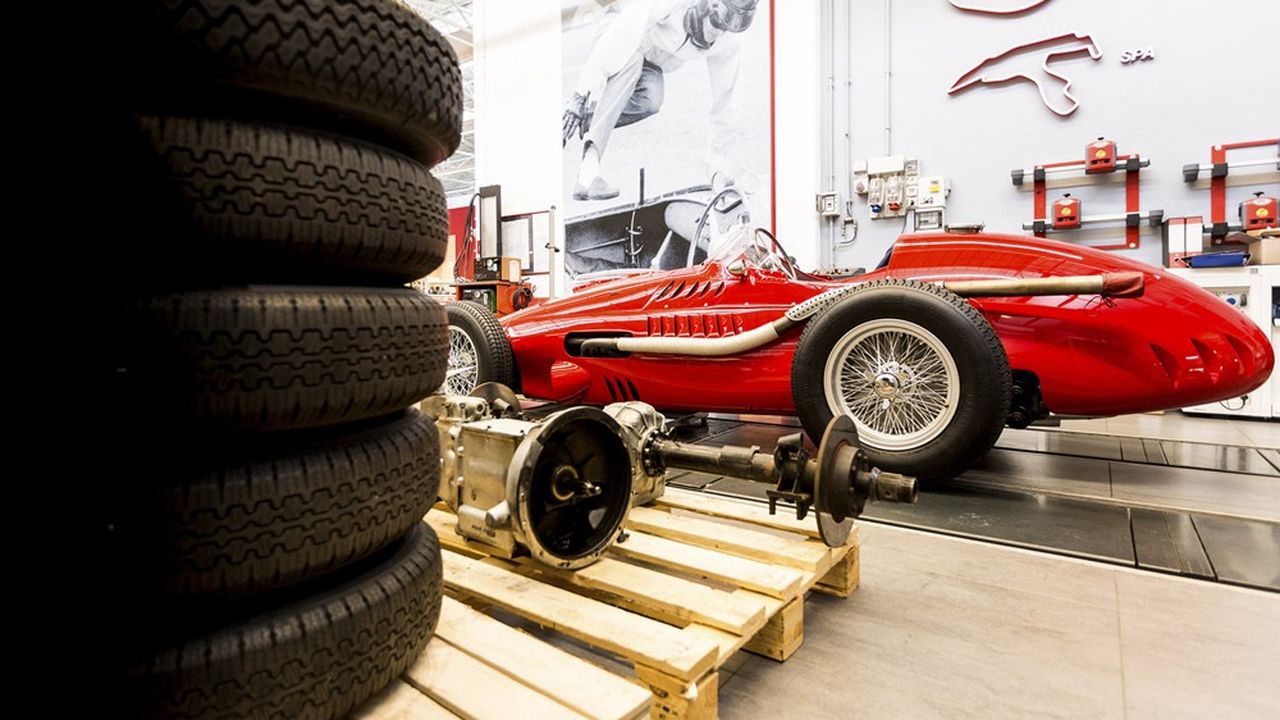 Ferrari has its new boss. After several months of uncertainty due to the sudden resignation last December of Louis Camilleri for personal reasons, the most famous (and also the most profitable) sports car manufacturer in the world announced Wednesday morning that it had finally found its new General manager.

The lucky winner does not come from the automotive world, and he is not particularly known in the economic world: it is Benedetto Vigna, a 52-year-old Italian who has worked at STMicroelectronics since the mid-1990s. Until now, he headed the company’s most profitable sensors division and was a member of the executive committee of the French-Italian manufacturer of computer chips. He will take up his post on September 1.

For John Elkann, who chairs the board of directors and holds via Exor, the holding company of the Agnelli family, nearly a third of the capital of Ferrari, the end of this headhunting is undoubtedly a relief. The leader had assumed the interim since the departure of Louis Camilleri (who had long managed the tobacco company Philip Morris International, a universe also far from the luxury automobile), and the last weeks had become distinctly uncomfortable.

Renowned the world over for the quality of its heat engines, which gives it both its prestige and its identity, the Maranello firm is at odds with the accelerated conversion of the automotive industry to electric power. . Its exposure to this change is certainly less strong than that of generalist manufacturers, but stock market circles, so far under the spell, were recently alarmed by Ferrari’s obvious lack of preparation on this subject.

A discomfort about the electric

By asserting that “a large number of our customers cannot imagine a real 100% electric Ferrari”, Louis Camilleri had reinforced these doubts. And the financial results, still excellent, as well as a record order book, have not dispelled the discomfort: since the beginning of the year, the share price has fallen by 5%, while it had increased by 370% over the past 5 years.

A few weeks ago, John Elkann finally announced that a fully electric model would see the light of day in 2025. It remains to be shown that Benedetto Vigna will be the right man to do it. Its course is a guarantee of skills to accelerate in the connected car, which may prove to be a source of income in the medium term through remote updates, as well as a lever to conquer Chinese customers so far relatively little. permeable to the charm of the prancing horse.

But Benedetto Vigna has no direct experience in the automotive industry. It does not come from luxury either, while Ferrari’s business model is more in this sector than that of Renault or Volkswagen (the name of the CEO of Gucci was among those circulating for the position).

For Philippe Houchois, analyst at Jefferies, it is therefore a “highly unexpected appointment, which in our opinion reflects the need to” reinvent “Ferrari, and the difficulty in finding candidates ready to take on this task”. The future boss knows he is expected at the turn.