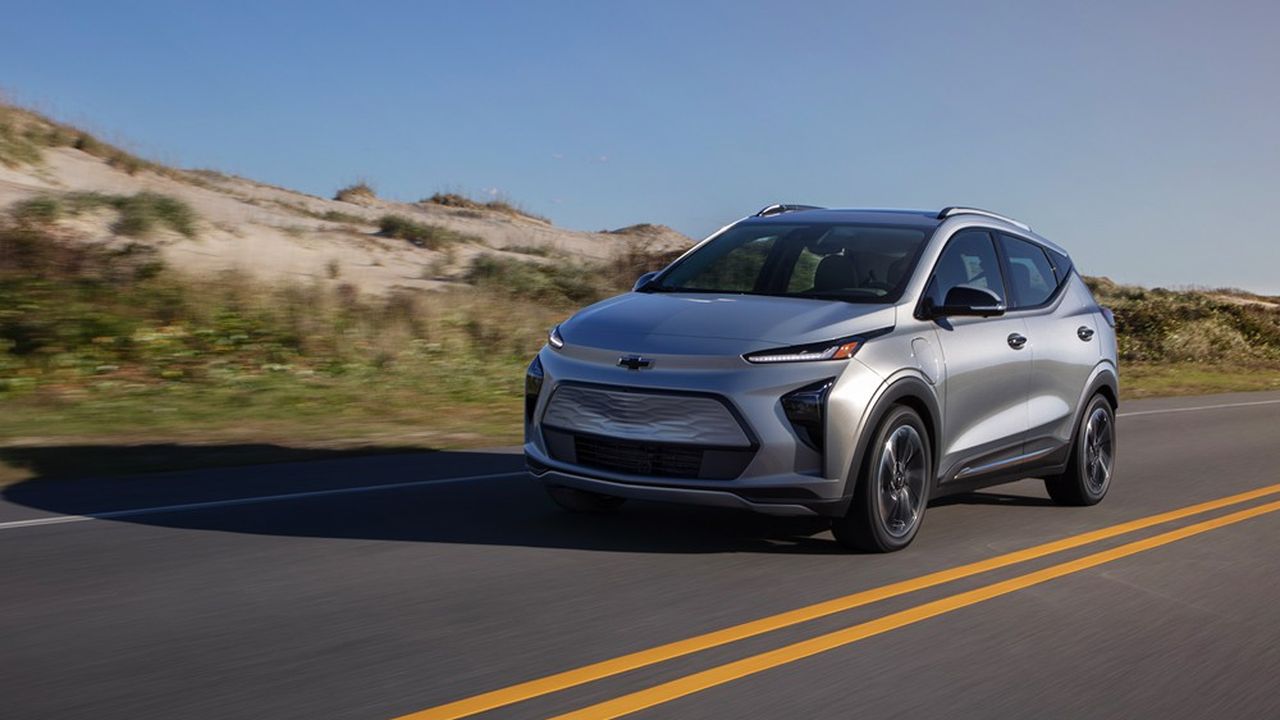 In recent months, mainstream automakers have been vying for announcements of their conversion to electric, with General Motors not being the least enthusiastic, promising that it will no longer produce any CO2-emitting cars from 2035. But the firm headed by Mary Barra is learning the hard way that the announced El Dorado can turn into a financial pit at the slightest approximation.

At the end of last week, the American manufacturer announced that it was proceeding “voluntarily” with the recall of 74,000 Chevrolet Bolts, its most prominent electric model. The reason: “in rare circumstances” the vehicle battery may have two manufacturing defects, a torn anode tab and a bent separator, “which increase the risk of fire” when located in the same cell. (the basic battery unit), the group said.

For Bolt owners, the subject is all the more anxiety-provoking as the fire can break out even when the vehicle has been stationary for hours. The manufacturer asks them to respect a series of very restrictive precautions while waiting for them to be able to change the modules: park their vehicle outside immediately after recharging the battery, ensure that it is neither overcharged nor dead , do not charge in a garage at night …

The case is all the more embarrassing for GM as the group had already carried out two recalls of Bolt models in November 2020 and last July, for the same reasons. Steps that followed the opening by the federal body in charge of motor vehicle safety of an investigation after several cases.

Until recently, the Detroit-based company claimed that the problem was confined to the first generation of vehicles of this model, and batteries from a Korean factory of its supplier and partner LG. On Friday, she admitted that these manufacturing defects had been identified on batteries from other LG factories. What justifies this new recall, which covers all Bolts produced since the origin in 2017, including those which had already returned to the dealer for the same problem.

In presenting its results for the second quarter at the beginning of the month, GM had announced that these poor workmanship on the batteries would affect its accounts to the tune of 800 million dollars (680 million euros). The replacement of the battery modules announced last Friday will increase the addition of an additional billion (850 million euros).

The manufacturer has let it be known that he wanted this new additional cost to be covered by LG. The Korean company seems less affirmative on this subject, and is limited to specifying at this stage that it is actively working to remedy the problem.

The two companies are doomed to find common ground: they have joined forces in a joint venture to manufacture a new generation battery called Ultium, for which they have invested several billion dollars and launched the construction of two factories in the United States. A major project that they cannot compromise.

The misadventure of GM and LG illustrates the extreme thoroughness that must accompany the production of batteries. “The required precision is of the order of a micron,” specifies a connoisseur of the sector. And even the smallest speck of dust in a cell can affect the performance of the entire pack. ”

It is because this activity requires extremely sharp chemistry skills that the manufacturers, who have no such resources, initially disdained the niche of electric cars. They then allied themselves with specialists, as PSA (now Stellantis) did with Saft to build its future Gigafactory in the North. But the case of Bolt reminds the entire sector that the assembly line production of hundreds of thousands of batteries will not tolerate the slightest deviation in the industrial process.