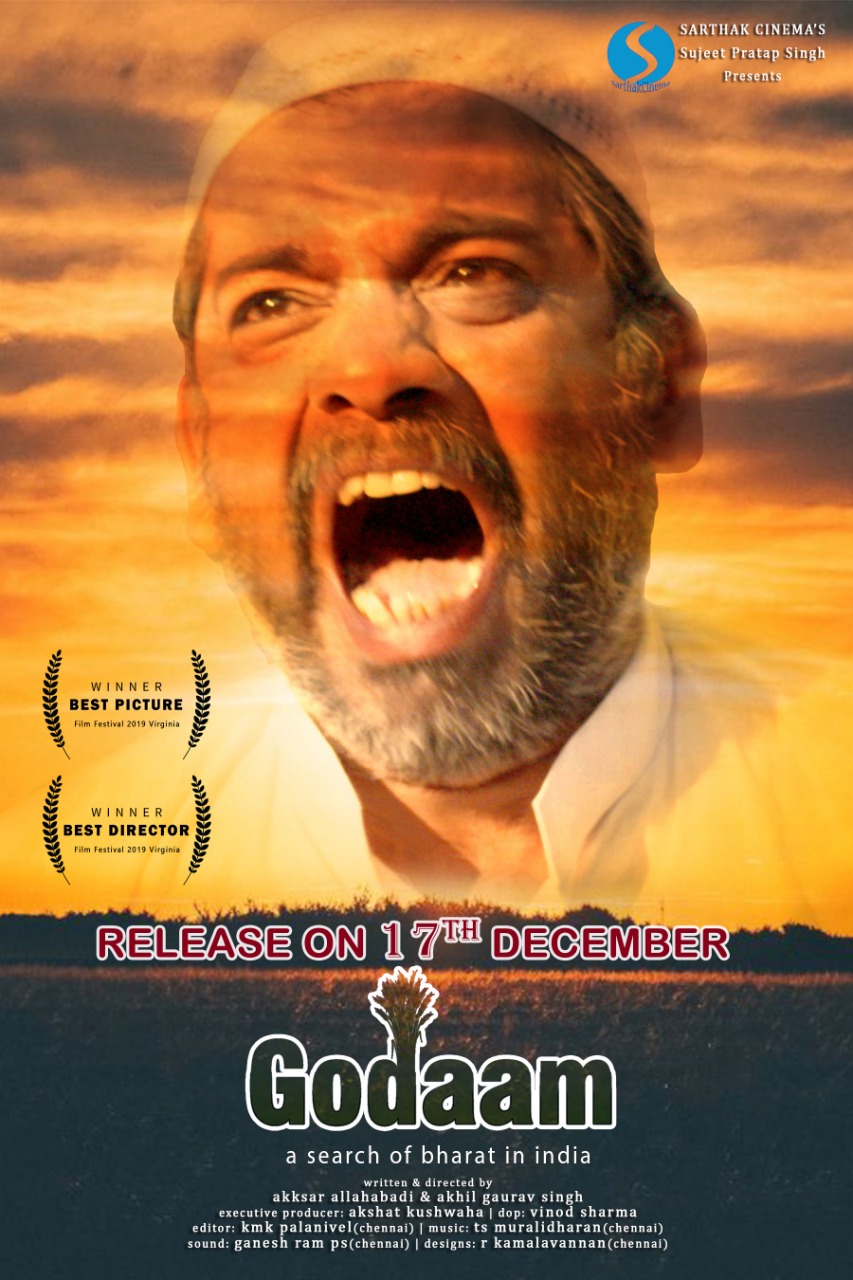 Right from our childhood, we were taught that farmers are the ones who are the real bread-winners of this country. They’re the bread growers without whose contribution we can’t survive even a single day. However, as important as their job is, the farming industry as a whole has been going through severe situations today. Farmer suicides are on the rise, there is a fight for their rights, big corporations are consistently trying to benefit from their losses, and so much more.

A lot of these issues have been picked up by the filmmakers in the past and time and again they’ve delivered masterpieces on farmers and their struggles. Now, there is another movie based on farmers that’s ready to release. The Sarthak Cinema has released the poster of its upcoming movie ‘Godaam’ starring Sujeet Pratap Singh, Master Ritwik Pratap Singh, Akhil Gaurav Singh, Vipin Panigrahi, Maya Jaiswal, Akksar Allahabadi, Sunny Upadhyay, Shayna Khan, Arun Shukla and others. The film is produced by Sujeet Pratap Singh and written, directed by Akhil Gaurav Singh and Akksar Allahabadi.

Talking about the film, Sujeet Pratap Singh said, “I belong to a family of farmers, so I know the pain and struggle of farmers. That’s one of the reasons why this subject is very close to my heart. I have put in a lot of effort to bring the struggles of a farmer on the big screen.”

The Godaam poster shows pain and struggle of farmers. The story revolves around a small-time farmer, happy and content though financially beaten up. He is in love with a girl named ‘Haldi’. But her father is not happy about it due to the farmer’s financial situation.

To be able to get married to the girl, this farmer has to live up to her father’s condition. Meanwhile, a government officer arrives to inspect the developments of the village. The story slowly unfolds the truth behind the development of the village and how the two lovers have their own set of challenges to deal with. The film will be released in theaters on December 17.