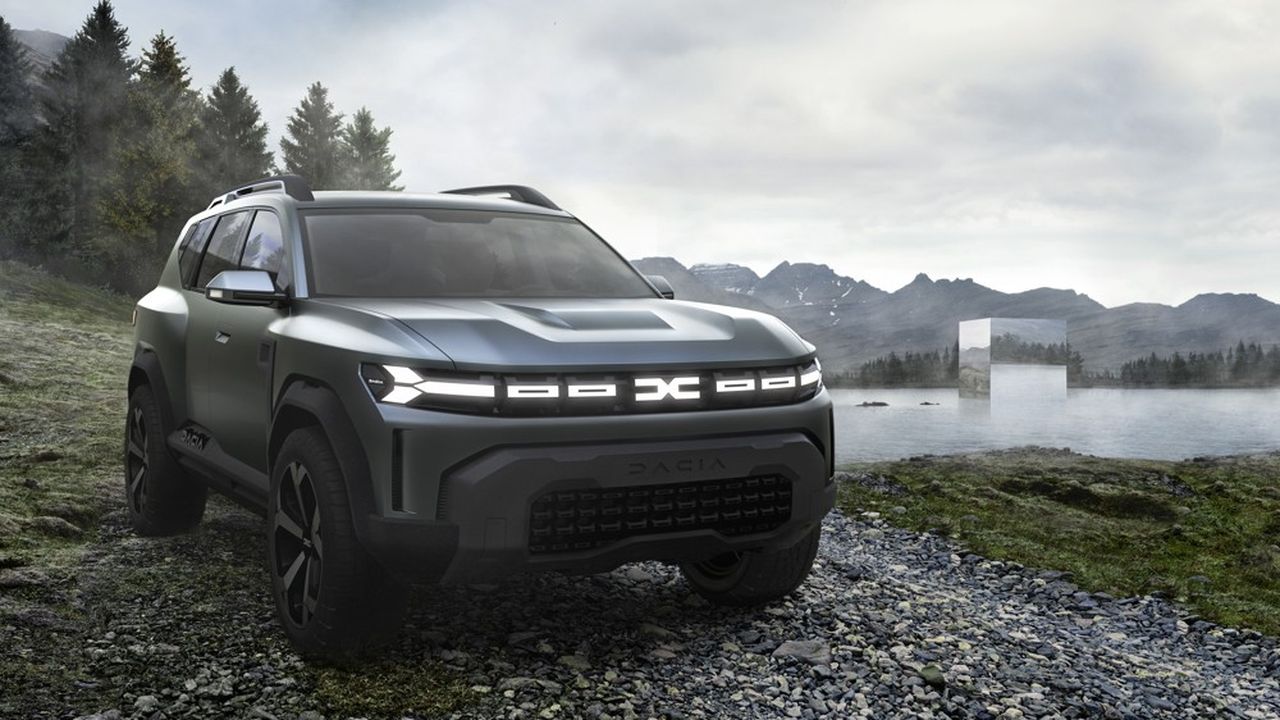 Continue to embody smart buying while getting rid of an overly restrictive low cost label: this is the transformation that Dacia has embarked on for a few months, with its planned offensive on the large SUV market in its sights. by 2025.

Since the takeover in 1999 by Renault of the Romanian national manufacturer, then in full collapse, the brand has come a long way. Initially intended for countries with low purchasing power, it has gradually established itself in Europe as the champion of low prices.

The recipe for reducing costs has now been established: “design to cost”, which incorporates the price objective from the start, a level of equipment restricted to the customer’s essential needs, and a commercial policy without discounts by the concessionaire, which allows you to display ultra-competitive rates from the start.

An effective formula: the Sandero has for years been number one in sales to individuals in Europe, proudly points out Denis Le Vot, general manager of the Dacia and Lada brands. In France, despite very low registrations for companies (due according to the manager to the refusal to practice discounts for bulk purchases), it is in the first eight months of the year number three in the market for all buyers, the SUV Duster arriving in tenth place.

For Dacia, the challenge now is to win new customers. Not by being sold in more countries (44 today), but by attacking the C segment, that of compact sedans and large SUVs, so its offer is now essentially centered on that of city cars.

This move upmarket, which applies to the brand level the strategy initiated at the group level by Renault CEO Luca de Meo, is already embodied by the Bigster. This SUV concept car should arrive in dealerships in 2025, “or even a little before,” says Denis Le Vot.

The context is favorable for this commercial offensive. “The purchase of cars is changing very quickly,” points out the manager. Faced with the increase in the price of cars, more and more households are rationalizing this expense item and adapting it to their just needs. The market is evolving towards us ”. This should be even more true in the years to come, with electrification and the transition to the Euro 7 standard for heat engines, which will inflate prices.

But customers in the C segment have specific motivations. The car remains an important status element for them. It is a question of not scaring away some of them with a low cost label which would be considered demeaning.

Without denying its roots, the brand has therefore been working for several months to change its positioning. In the spring, it unveiled a new logo and emblem very different from the previous one, which will be deployed on all new vehicles in about a year.

The basic promise does not change. “Dacia remains Dacia, and we will continue to offer the best ratio between product and price at all levels of the range,” confirms Denis Le Vot. At the same time, we put a lot of effort into the design, which doesn’t cost more. “

In addition, the level of equipment is not as frugal as in the past. The entry-level “Access”, the most spartan, has been removed: It represented only 3% of orders.

The Jogger, the new family model presented from Tuesday at the Munich auto show, is a good example of the current development. It is more pleasing to the eye than the Lodgy, which it replaces, and has a fairly extensive catalog of options, which allows customers to increase the comfort as they wish. For the first time at Dacia, this model will be the subject of a limited series at its launch. Efforts to enhance the brand’s positioning without gentrifying it, which could also pay off in the corporate fleet market.