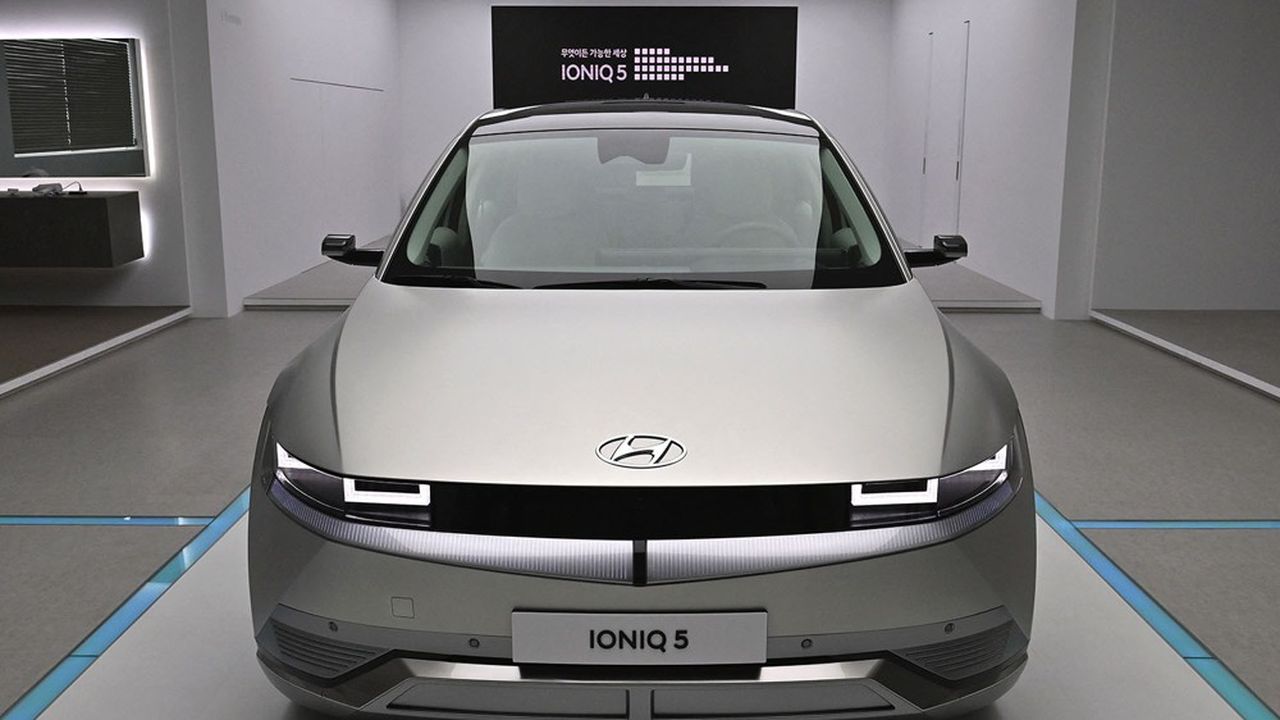 It has become, casually, a constant. And a small accomplishment: still ballasted a decade ago by a low cost image, overtaken in sales by Fiat, General Motors or Ford, Hyundai-Kia has carved out a solid place in the top over the years. European 5. Without drums or trumpets, but with an increasingly robust base, reinforced by the upcoming launch of its new 100% electric compact SUV, the Ioniq 5.

Maximum range of 500 kilometers, load capacity “without question”, “two-way” charging with a car that can be used as a generator to recharge other electrical equipment … The model, with lines inspired by the very first car produced in 1975 by Hyundai, the Pony, wants to be the “technological standard-bearer” of Hyundai, describes its general manager France, Lionel French Keogh. And the lead product of a new 100% electric range, supposed to demonstrate that Korean can assert itself as a “leader” on the Old Continent.