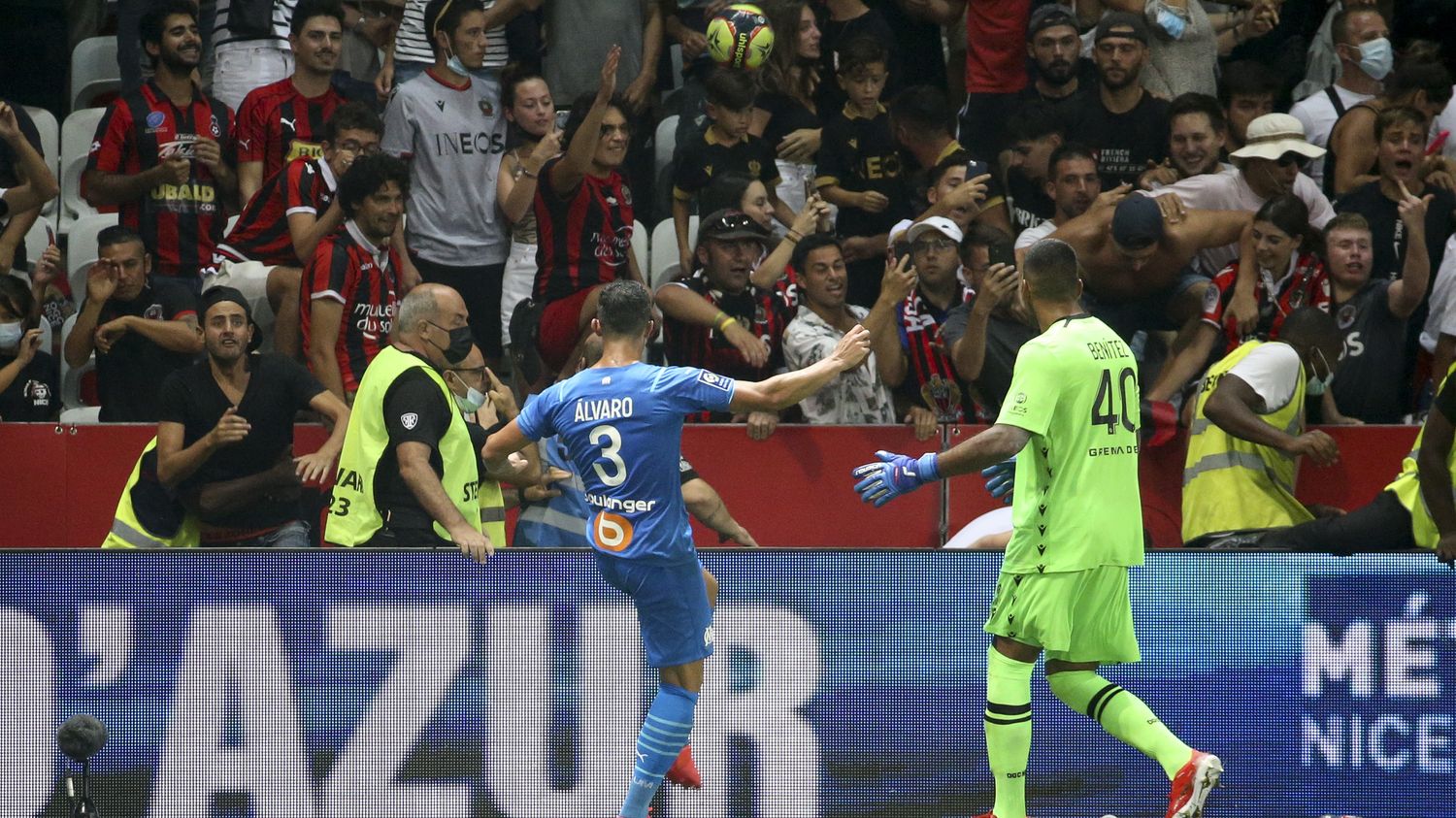 End of the eventful weekend in Ligue 1. After being deprived of a stadium for more than a year, some supporters have rediscovered bad habits in the stands, on the occasion of the third day of the championship, Sunday 22 August. Marseille were thus refused to resume the game against OGC Nice, while the Aiglons led 1-0, fifteen minutes from the final whistle.

A violent general fight between players and supporters had come to disturb the end of the meeting. An investigation was opened Monday by the Nice prosecutor’s office and the LFP summoned the two clubs to its Disciplinary Commission, the next meeting of which will be held on Wednesday, August 25. Back, in pictures, on this evening of chaos.

Exasperated to receive projectiles each time he took a corner, Dimitri Payet, hit in the back by the jet of a plastic bottle, cracked. On the ground a few seconds, the No. 10 OM then lost his nerves. Exasperated, he twice returned bottles to the stands, angering some Nice supporters.

The first Nice supporters, beside themselves, descend to the bottom of their stands and enter the field to do battle with the Marseille players. Dimitri Payet, taken to task, defends himself as best he can. His teammates try to contain him but are also targeted.

Alvaro Gonzalez faces the Nice supporters who took to the pitch. Helped his teammate Dimitri Payet, he was also taken to task by the supporters. The stewards fail to control the situation.

Helpless in the face of the wave of OGC Nice supporters out of control, the stewards cannot contain them. Descended from their stand, they even drop one of the light panels on the edge of the field and invade the lawn.

The technical staff, OM players and stadium security are trying to hold back Marseille coach Jorge Sampaoli, who is losing his nerves in the face of the degenerating situation between players and supporters.

Several chases take place between supporters on the ground and the stewards.

The president of OGC Nice, Jean-Pierre Rivère, also descends on the field and tries to calm the supporters of his club.

France Bleu Provence photographs several OM players back in the locker room. Dimitri Payet was hit in the back by a projectile he received as he was about to take a corner. Luan Peres and Mattéo Guendouzi are also injured in the neck.

The stands are monitored by the CRS, while the match is suspended. Invited to resume the game, the Marseillais, fearing for their safety, decide not to return to the lawn, after more than an hour and a half of waiting.