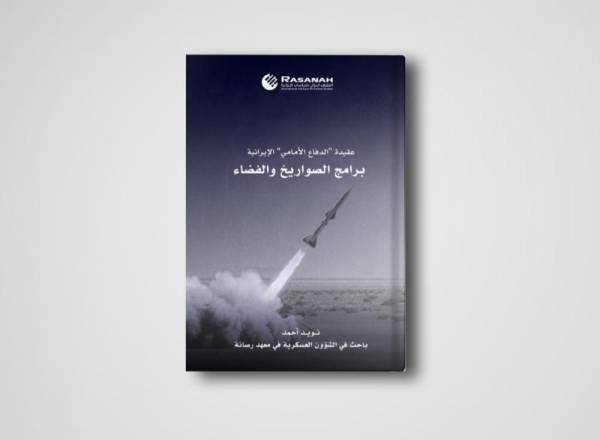 The International Institute for Iranian Studies, Rasanah, issued a study of the Iranian forward defense doctrine … the missile and space program, at a precise time when the issue of armament and missile programs occupies a wide area of ​​global military and political interest. The study, consisting of ten departments, pointed out by the researcher in military affairs at the Rasanah Institute, Naid Ahmed, that the huge stockpile of weapons would put the world on the crater of a burning volcano. It also revealed Iran’s military doctrine, its adoption of the confrontational approach in the regional security arena, and its “forward defense” strategy by highlighting the theocratic regime’s maintenance of its grip in power, and managing its threats to use drones and missiles through its proxies in the region. This contributed to the creation of a gray zone to carry out its military operations without entering a war.

The study noted that Iran continues to develop its missiles and nuclear warheads until it has become the largest missile arsenal in the Middle East, while its space program does not differ from its nuclear program, which has a military dimension, which makes this program an imminent security threat, especially to the regional neighboring countries. Accordingly; The study reviewed a wide range of ballistic missiles, anti-ship missiles, and various “cruise” missiles that Iran possesses. It is worth noting that Iran is continuously developing these missiles to be ready to accommodate future payloads, due to its inability to purchase new missiles, due to the sanctions imposed on them. The study recounted Iran’s missile program from its beginnings during the Cold War until now, as this flight was accompanied by concerns about Iran’s design of the missiles and nuclear warheads it claims to keep for traditional use. The study indicated that Iran revealed its air defense system; It has proven to be continuing to reinforce and expand its cloned air defense capabilities, which are expected to continue as long as the arms import ban remains in place. It also discussed Iran’s quest for access to missile systems that enjoy more precision in developing missile capabilities, and its role in the militarization of space.

The study stated that the Iranian military strategy focuses on geopolitical components, including obstructing access to the Strait of Hormuz, as it boasts the power of its weapons designated for the restricted areas by targeting “simulated” models of US aircraft carriers and ships. Nevertheless, Iran has much to reach its goals. The study indicated that the Iranian space program remains vague, but it is seeking to develop it by dealing on the black market with entities and countries that circumvent the US sanctions.

The study concluded that Iran’s missile force will not enable it to win a war against its opponents in the Gulf and their allies from the West, as its power is tainted by weakness and shortcomings, given the differences in the balance of armament power between countries, but it is sufficient to raise the cost of the war financially and humanly if ignited.

The full study is available in PDF format at: https://rasanah-iiis.org/?p=22396

A video reviewing the highlights of the study: https://youtu.be/FS0kTZfIWJA