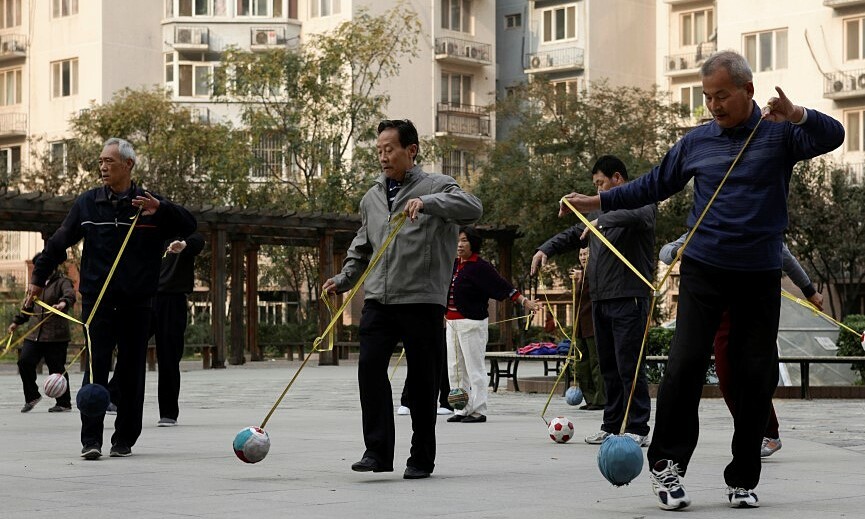 ChinaAt the matchmaking corner in Tianhe Park, 65-year-old Zhang Damao still cannot find his other half, after having met countless people over the years.

Mr. Zhang worked in traditional medicine, divorced 20 years ago, and is still single. Last year, after moving from Beijing to Guangzhou, he went to hang posters of his personal information on a corner of Tianhe matchmaking park in the hope of finding someone to settle down soon.

This matchmaking corner is a famous place in Guangzhou. Every weekend, people from all walks of life gather here. Most are looking for a life partner for their children, others, like Zhang, are looking for their other half.

In the introduction, Zhang frankly said that he has no home, no car or passbook, a peaceful personality, likes to cook, is good at medicine, and can take care of himself and his partner’s health. He ensures that the people who come to him will have a healthy and fulfilling life.

But his honesty often aroused suspicion. “Yesterday I met a woman and she kept asking me if I was telling the truth. She didn’t contact me after that,” he said.

More than 90% of the women he has met over the years have asked him if he has a house or a car. “Some people already own some real estate, they still ask the other party to have their own. Why do they need so much real estate?”, he asked.

However, when asked about the standard of an ideal partner, he also hoped that the other person would not be too dependent on him because “if she does not lack money, she will not be greedy for me”.

Mr. Zhao, 67, also puts personal information in the matchmaking corner, agreeing that it is difficult for middle-aged and elderly people to find a life partner. Zhao owns two properties, not to mention a high pension. Over the past few months, he has met a number of people, but none have been able to go far. “There is no body connection or common voice,” he explains.

Mr. Zhao’s wife passed away 10 years ago. His daughter often encouraged him to find company, but this year he dared to try. He wanted the other party to be empathetic, friendly, and sociable.

According to Ms. Ye, the owner of a matchmaking agency for middle-aged and elderly people in Guangzhou, this group’s need to find a life partner is very high, but the challenge is also great. Unlike the younger generation, they need their other half to have a certain status. They also consider many things, from finances, social security, insurance, education level, to children. Although society has opened up, feudal psychology still exists, because of fear of being talked about, many people in their 70s and 80s have missed out on happiness.

She also said that in the past, the reason why many young people strongly objected to their parents taking another step was because of the division of property. But nowadays, the younger generation is more financially independent, respecting the emotional needs of their parents, and at the same time not living together, so they also want their parents to have someone to take care of.

China’s recent census shows that people over 60 now make up 18.7 percent of the population. More and more people in this age group are looking forward to remarrying or having a confidant. Media company AgeClub, estimates that at least 50 million people in China have a real need to be loved and married.

In May 2021, Mr. Zhang appeared on a dating show in Beijing. Immediately after taking the stage, he was rejected by the female guest because “you are not my type”.

Zhang said attending the program was like eating a buffet and he was like celery or bitter gourd, few people eat it. The female guest then revealed the reason for the refusal because Zhang was not at home and she liked to be picked up when going on a date.

Although he left empty-handed, Mr. Zhang still appreciated the program, because it showed that society is paying attention to the emotional needs of the elderly and making efforts to help them find happiness.

Some marriage agencies have shifted their focus to serving middle-aged and elderly people. Over the past few years, Ms. Ye’s company regularly organizes meetings and exchanges for this group of customers. Many people have come together, one of these is married, the other is just living together without legal obligations to maintain their personal interests.

According to professor Zhou Xiaopu, Renmin University of China, most middle-aged and elderly people have been married first, so they have a clear need for a new family, are clear about what they want in their other half and Be bolder in expressing yourself.

Both Xe and Professor Zhou asserted that it is time for society to encourage the elderly to seek happiness, to avoid spending their late years alone.