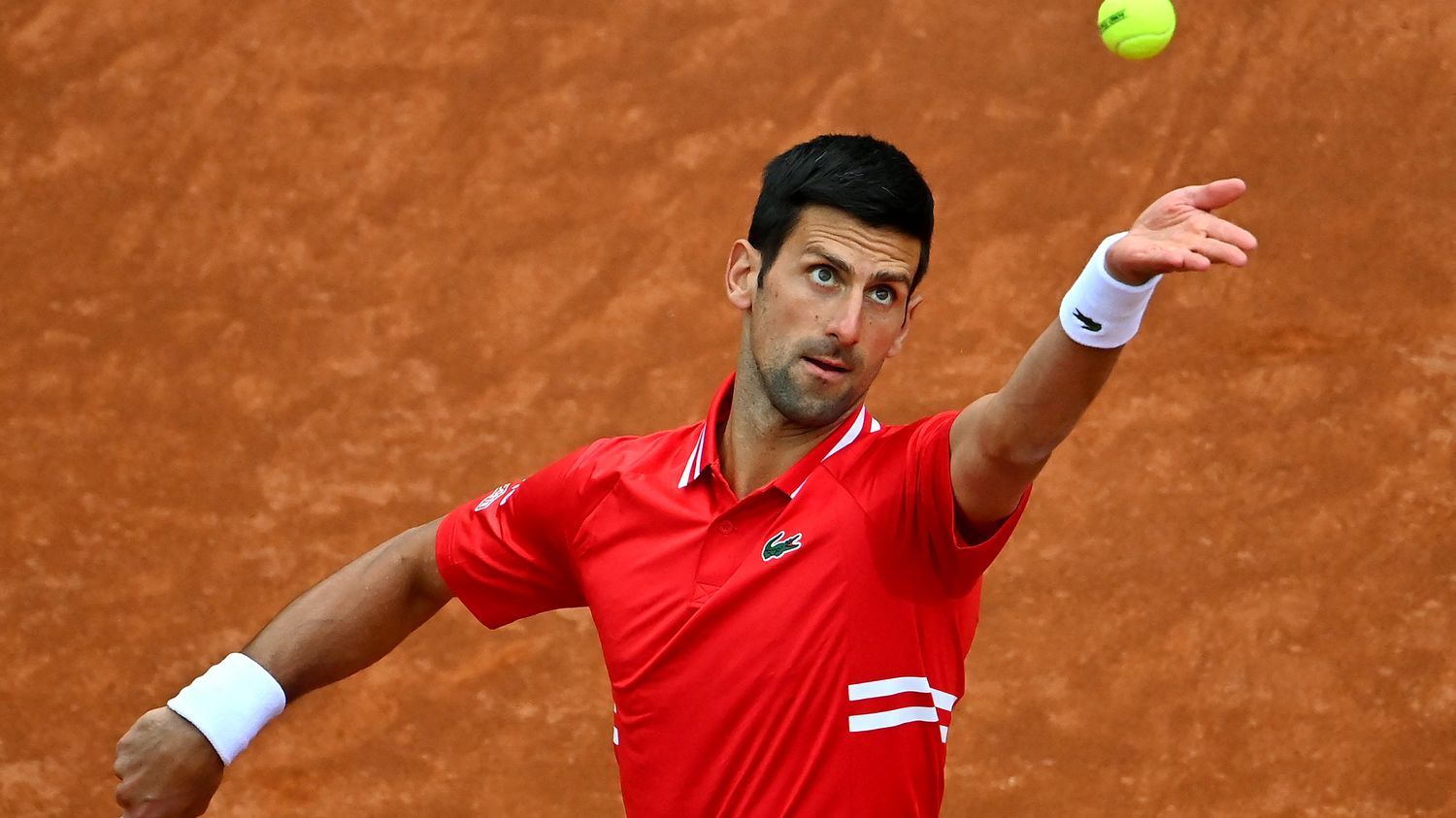 They will have to come back this Saturday. Novak Djokovic and Stéfanos Tsitsipas could not finish their meeting. Earlier in the day, Nadal had the better of Alexander Zverev on day six of the Masters 1000 in Rome on Friday 14 May. The German had beaten him the week before in Madrid, before taking the title. The Spaniard joins in the semifinals American Reilly Opelka (23, 47th in the world), surprise guest in the last four.

The Djokovic-Tsitsipas meeting interrupted by the rain

After several hours of interruption, the Djokovic-Tsitsipas meeting is finally postponed until tomorrow because of the rain which falls on Rome this evening. The Greek had been the most precise and had taken advantage of the many unforced errors of the Serbian to take the first set (6-4, 2-1 at the time of the stoppage of the match). They will not be the only ones to finish their quarter-final this Saturday because Lorenzo Sonego and Andrey Rublev remained in the warm-up on the Roman center court.

The two matches will resume their course on Saturday from 11:00 am for a m arathon day. The two winners at the start of the day will have to vote to recover and will meet again from 6.30 p.m. to compete for a place in the final.

The postponed quarterfinal between Elina Svitolina and Iga Swiatek will be 1st on Pietrangeli at 11am.

The winner will face Coco Gauff in the semifinals later in the day. # ibi21 pic.twitter.com/zJMpC8Pu2N

Defeated last week by the German in Madrid, Nadal, holder of the title record in Rome with nine coronations, took his revenge and how! Taking advantage of the blunders of the world number six (17 faults), Nadal logically took the first set. The Spaniard was nevertheless a little frightened by falling heavily to the ground during a climb to the net.

Rafa back to his feet after taking a heavy tumble in Rome.# IBI21 pic.twitter.com/QFlhd0NRjN

More fear than harm since Nadal resumed his place on the court a few moments later. Zverev came back strong in the second set and had the opportunity to lead 3-1 with three break points. But Nadal remains Nadal and the bull of Manacor has caught up to win the game after a superb exchange with the German.

A turning point in the match since, mentally touched, the winner of Madrid saw Nadal pocket the following two games. Zverev still had three break points to return to 5-5, still failing to convert them. Three opportunities wasted by the German, who cracked on Nadal’s first and only match point. A lesson in efficiency from the Spanish legend, victorious 6-3, 6-4 after 1h59 of battle. He will play his twelfth semi-final in Rome on Saturday May 15.

Revenge in Rome!@Rafael Nadal ends a run of three defeats to Zverev with a 6-3 6-4 victory in the Italian capital.# IBI21 pic.twitter.com/VYEfaXc3xM

Reilly Opelka, strong, joins for the first time in his career a last four of Masters 1000

The American Reilly Opelka qualified for the first time in his career for a semi-final in Masters 1000. After six defeats in the first round in the tournaments which preceded, Opelka finally succeeded in passing a milestone in his career. In the quarter-finals, this Friday, he beat (7-5, 7-6 [2]) Argentinian Federico Delbonis (64th world). The American, whose main weapon is service, has still not lost his face-off once since the start of the tournament.