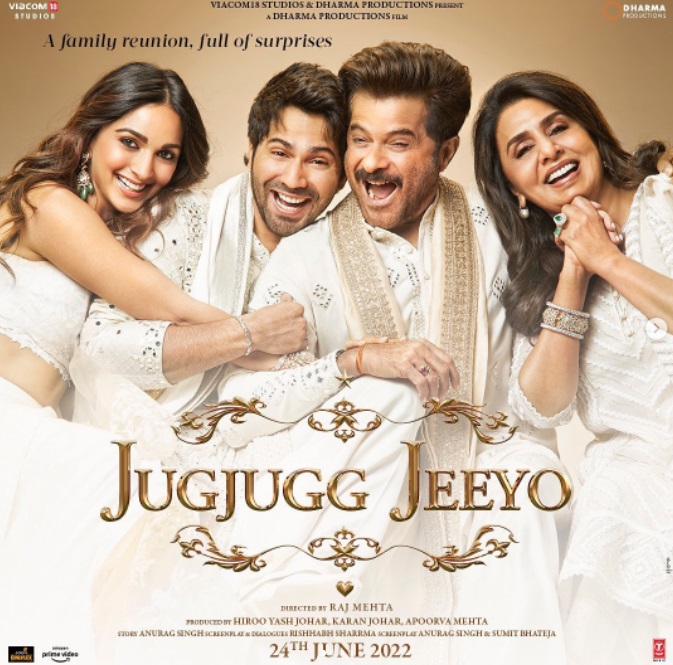 Neetu shared a poster also a motion poster for the film, giving fans an insight as to what to aspect. She wrote: “What’s a family reunion without some nok-jhok and surprises. I am so excited to invite you to the family reunion of my crazy parivaar. From mine to yours.”

“Ladies and gentlemen, my parivaar. Are you ready for a family reunion unlike ever before? Surprises, chaos, masti, emotions – you get a bit of everything with us! Jug Jugg Jeeyo in cinemas near you on 24th June,” Kiara wrote sharing this poster.

It is slated to hot the screens on June 24.