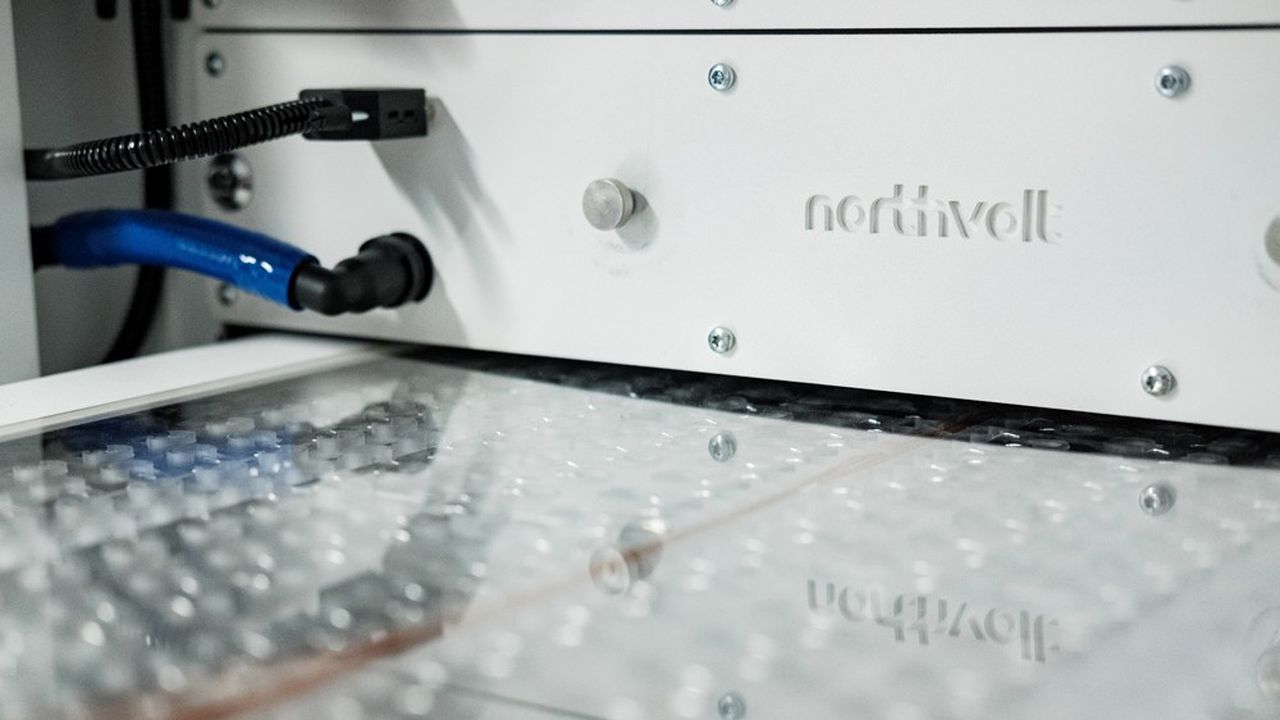 Less than six years after its launch, the Swedish start-up’s crazy bet has come true. The group of electric batteries Northvolt announced on Wednesday that it had started its “giga-factory” in Sweden, the first of its kind launched by a European group on the soil of the Old Continent.

1 million: the number of vehicles that the plant can equip each year

When it reaches full capacity, the site must produce enough to power a million electric vehicles each year, with an annual production capacity of 60 gigawatt hours (GWh), according to the Swedish manufacturer.

After initial tests, commercial production should begin “at the start of 2022”, plant director Fredrik Hedlund told AFP. Northvolt plans to reach a production capacity corresponding to the needs of 300,000 vehicles, or 16 GWh, “over the next two years,” he explained.

100%: the energy consumed by the plant is fully renewable

The site, just 200 kilometers from the Arctic Circle, was chosen because of the large sources of renewable electricity available in northern Sweden; these are mainly hydroelectricity. The energy consumed by the plant is 100% renewable, according to Northvolt.

“Making battery cells is a very energy intensive activity”, emphasizes Fredrik Hedlund, “and our goal is to have the greenest battery cell in the world”.

30 billion: the number of orders in progress

Northvolt has already won orders for 30 billion dollars from European automotive giants such as the German BMW and Volkswagen or the Swedish Volvo, with whom it plans a second huge plant in Europe. In a site complicated by the Covid-19 pandemic, the former start-up was whipping to keep its promise to start the plant before the end of the year.

3,000: the number of employees who will eventually work on the site

Called “Northvolt Ett” (Northvolt One, in Swedish), the site already employs 500 people and is expected to reach 3,000 full-capacity employees, over a vast area of ​​100 hectares. In a very competitive sector, one of Northvolt’s challenges is to convince high-level employees to settle on the borders of northern Sweden.

With its headquarters in Stockholm, the Swedish company, which has already raised several billion euros in funding, was founded in 2016 by the Swede Peter Carlsson and the Italian Paolo Cerruti, two former Tesla employees.

Among its shareholders are Volkswagen, Goldman Sachs, BMW, Nordic funds and since 2020 the founder of Spotify, the Swedish billionaire Daniel Ek. In addition to this private financing, Northvolt also benefited from European loans.