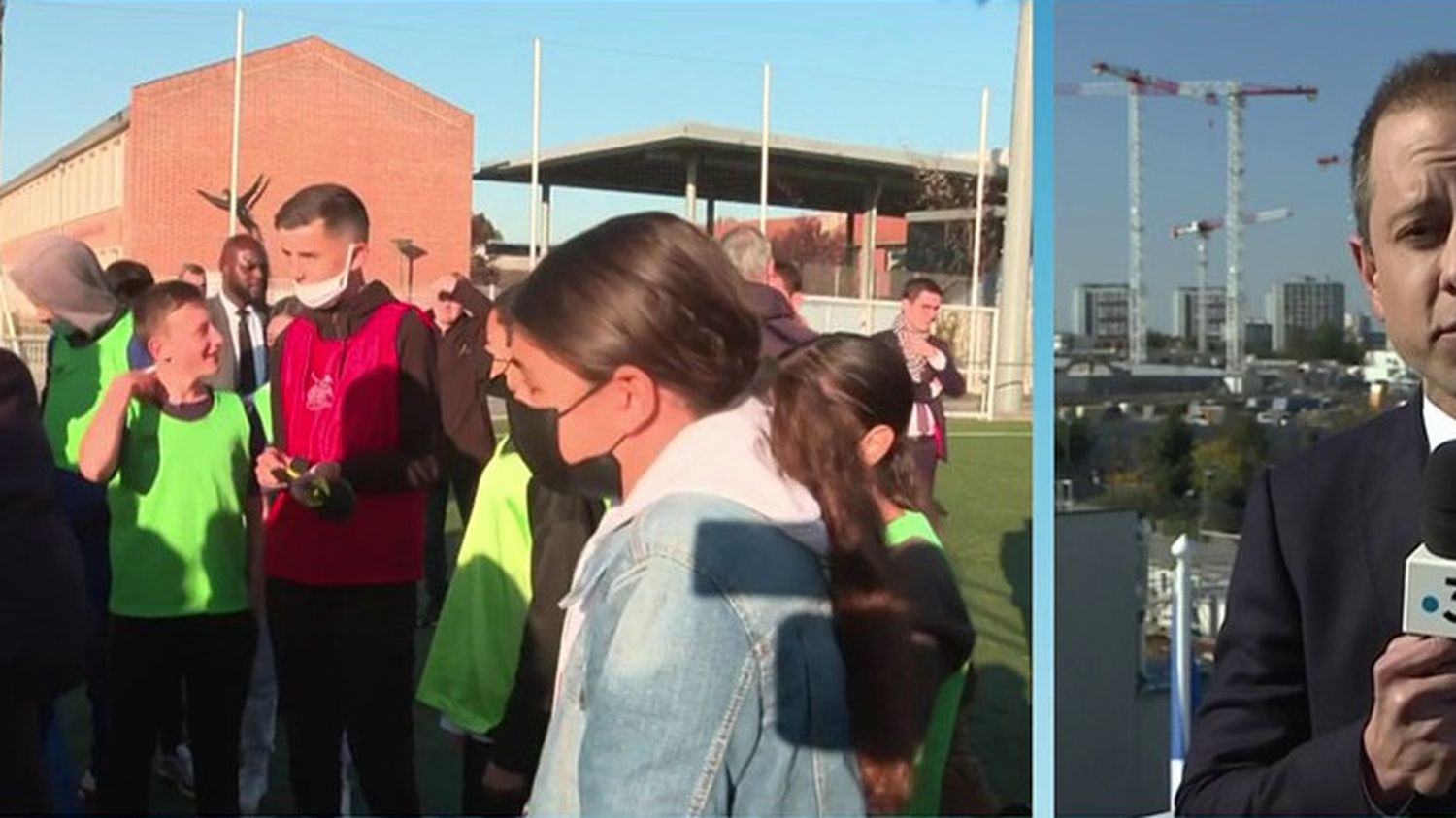 Emmanuel Macron was in Seine-Saint-Denis, Thursday, October 14, in the morning. The President of the Republic visited the site of the future Olympic village for the 2024 Olympics and will participate in a charity football match.

Traveling in Seine-Saint-Denis, in Saint-Ouen-sur-Seine, Emmanuel Macron wanted to reiterate his interest in sport, also with a view to the Paris Olympics in 2024. Thursday, October 14, he mentioned a financing plan for infrastructure. “This is a budget of 200 million euros for the construction or renovation of 5,000 local sports facilities. 1,000 city-stadiums, 1,000 combat halls or even 500 3-on-3 basketball courts” , Guillaume Daret reported on the spot.

Priority will be given to areas that have the least, such as Seine-Saint-Denis or Marseille. “Emmanuel Macron took the opportunity to visit the site of the future Olympic village in Paris 2024, to see where the work is progressing”, adds the journalist. At the end of the afternoon, the President of the Republic will put on his crampons to participate in a charity match with the Variétés club de France. The profits will go to the Hospitals of Paris-Hospitals of France Foundation.