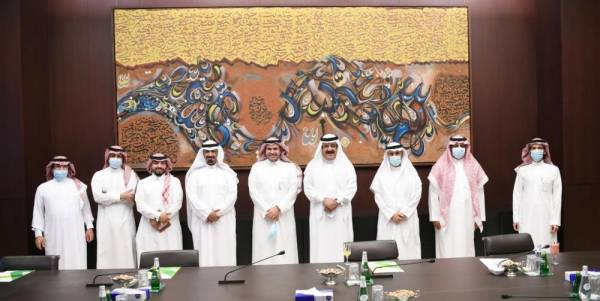 Today, Sunday, at its headquarters in Riyadh, the King Abdulaziz Center for National Dialogue, in conjunction with World Mental Health Day, signed a memorandum of cooperation and mutual understanding with the National Center for the Promotion of Mental Health to consolidate and spread the principles of dialogue, tolerance and coexistence, and to strengthen the societal fabric.

The agreement, signed by His Excellency Dr. Abdullah Al-Fawzan, Secretary-General of the King Abdulaziz Center for National Dialogue, and His Excellency Dr. / Abdul Hamid bin Abdullah Al-Habib, General Supervisor of the National Center for the Promotion of Mental Health, aims to strengthen the partnership and cooperation between the two sides, serve their common goals, and convey The messages required for different individuals and groups of society, in order to contribute to improving their quality of life.

On this occasion, His Excellency Dr. Abdullah Al-Fawzan stressed that the signing of the agreement comes as a continuation of the community partnership between the center and the various community institutions, explaining that the center is fully prepared to provide its expertise and capabilities to the mental health center, believing in the great role it plays and the relentless efforts it exerts in serving the community .

He thanked the people in charge of the mental health center for their confidence in the National Dialogue Center, expressing his hope that what came in the agreement would be translated into fruitful and constructive cooperation that contributes to building a vibrant society whose members enjoy a balanced physical, psychological and social health and an environment that allows them to coexist in a positive and attractive environment, in implementation. The Quality of Life Program, one of the most prominent programs of the Kingdom’s Vision 2030.

According to the terms of the agreement, which extends for one year, the King Abdulaziz Center for National Dialogue, represented by the National Center for Public Opinion Polls (opinion), will implement two opinion polls for the benefit of the National Center for Mental Health Promotion, during which the opinions of beneficiaries from government and private agencies are surveyed about support services and programs. And the psychological awareness that it provides, in addition to providing the opportunity to benefit from the capabilities and experiences available to both sides.