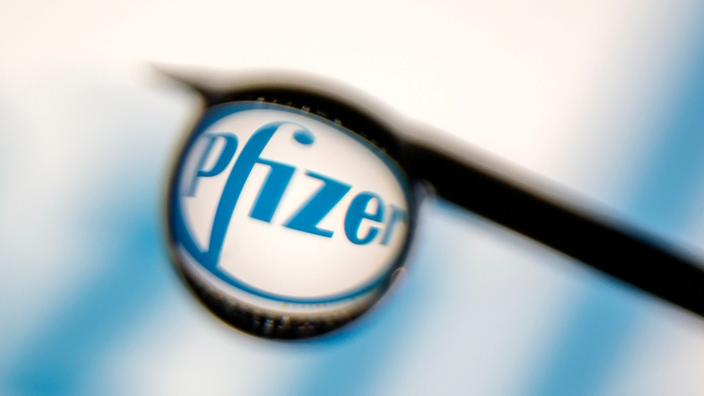 The pharmaceutical giant is developing an oral tablet to be ingested as soon as the first symptoms appear and which intends to prevent serious forms of Covid-19.

In a press release published Monday, September 27 on its website, Pfizer announced the launch of a new phase of testing for its oral tablet, which goes by the name “PF-07321332“. This is a medicine to be swallowed as soon as the first symptoms appear, at the same time as a low dose of ritonavir (medicine already used in combination treatments against HIV) and which would have the effect of preventing severe forms. of Covid-19.

Unlike other treatments studied in the fight against Covid-19 (ivermectin, hydroxychloroquine, etc.), this one was specifically imagined and designed for the coronavirus. This is not a treatment that already exists and is simply diverted from its initial use. The principle of this tablet is to inhibit the action of protease, an enzyme which allows the replication of proteins produced under the effect of Sars-CoV-2, and therefore to stop the proliferation of the virus in the body.

First phase trials began in March on humans, after the active principle of the tablet has been proven in the laboratory on cultured viruses. About sixty volunteers were recruited to verify the safety of the treatment at different dosages. After this essential preliminary, clinical trials are now aimed at proving the therapeutic virtues of the treatment.

The study is therefore now entering phase 2 to 3 (“intermediate to advanced», Details the pharmaceutical company) and will relate to a group of 2,660 participants, all adults and in good health, living under the same roof as a person positive for Covid-19. Each of them will be administered the oral tablet twice a day, for five or ten days The study will be carried out according to the scientific standards in force, that is to say in double-blind, on groups selected at random and with a control group which will be given a placebo.

Pfizer’s R&D President, Mikael Dolsten, sums up the scientific philosophy behind these new trials: “In view of the impact that Covid-19 still has everywhere in the world, we consider that the fight against this epidemic requires an effective treatment to be administered to people who are positive, or simply exposed to the virus, in addition to the action of vaccines that enhance immunity. If we are successful, we believe this treatment will help block the virus before it replicates on a large scale in the body, and thus may prevent those at risk from getting the more serious symptoms.“

Read alsoThese Covid treatments expected by the end of the year

To date, the only approved treatment for Covid-19 in the United States is remdesivir, an antiviral designed by Gilead and administered intravenously.

Other laboratories competing with Pfizer, such as the American Merck & Co or the Swiss Roche, have announced that they are also embarking on the research and development of a tablet similar to the one on which Pfizer continues to make its clinical tests.

SEE ALSO – Do vaccines promote the appearance of new variants?