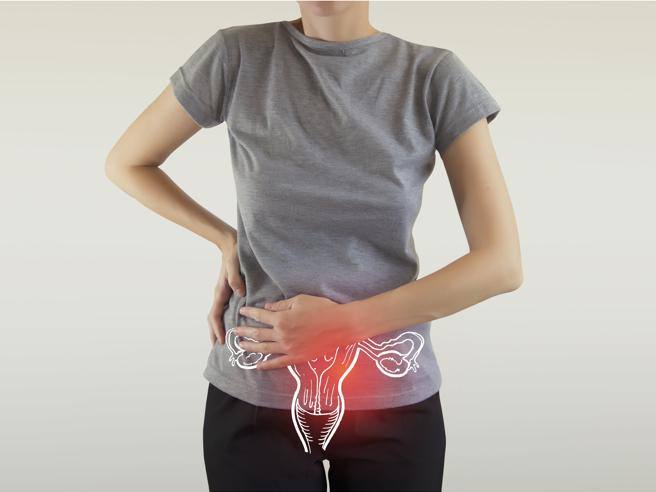 The ancients called it moon syndrome, today we use the term premenstrual syndrome. This condition, often considered a feminine whim, cause of great inconvenience for two out of ten women, disorders that become severe and debilitating for 3%. To break the tab, in April there will be initiatives around the world and in Italy, where theNational Premenstrual Syndrome Association (info on: www.itapms.org).

What is it due to?

The most typical aspect of PMS and its more severe form, the dysphoric disorder of the premenstrual phase, is the close relationship between the onset of symptoms and the menstrual cyclicality – explains Rossella Nappi, head of the gynecological endocrinology and menopause clinic at the San Matteo Foundation Irccs, University of Pavia -. Cyclical fluctuations in steroid hormones produced by the ovaries certainly play a role. Although no alterations in the amount of these hormones have been shown, it is possible that some women, for various reasons, are more sensitive to decreased estrogen levelsand, especially progesterone, typical of the premenstrual phase. Progesterone is a neuroactive hormone, able to modulate the central nervous system through its metabolites, thus influencing the production of various neurotransmitters including the Gaba, which regulates stress, anxiety, alertness, and serotonin, which modulates mood. In case of pregnancy progesterone is used for help the uterus to welcome and protect the embryo, but if this does not happen, its levels drop and the female organism has to adapt to the new structure. In women suffering from the syndrome this adaptation is more difficult or fails with the consequent appearance of more or less relevant symptoms, which may worsen with age or after pregnancy.

What are the typical symptoms?

The syndrome presents with different connotations of physical, behavioral and psychological symptoms. Disorders usually appear in the last 5-7 days before menstruation and have repercussions on the quality of life, sometimes heavy. There are no specific tests to diagnose it, but attention should be paid to the patient’s medical and even psychiatric history, as well as to spy symptoms which must appear for at least two consecutive cycles, only in the premenstrual phase. The habit of keeping a personal diary to write them down is very useful for this purpose. In more severe forms, one is also recommended psychiatric evaluation to rule out that some psychological symptoms are actually attributable to pre-existing and other mood disorders.

What can be done?

There is no “remedy” that is valid for all women. In mild forms they are often sufficient dietary precautions and in lifestyle, possibly associated with the hiring of vitamin B6, calcium or magnesium or a medicinal herbs such as the chaste tree which acts on breast pain and facilitates the adaptation to stress or the hypericum which has a positive effect on mood. In some cases it is possible to intervene resting ovarian activity, use low-dose antidepressants or a diuretic drugs.

There are several factors that can make a woman more susceptible to developing the syndrome. This includes the familiarity, previous anxiety disorders or depression (sometimes associated with traumatic events, abuse, domestic violence, etc.), overweight, sedentary lifestyle, smoking, high consumption of coffee, as well as a lack of some micronutrients (vitamin B6, calcium and magnesium).

When to use oral contraceptives

In women suffering from PMS there is an altered sensitivity to hormonal fluctuations typical of childbearing age. this is the reason for using hormone therapies. Those that can be beneficial include combined hormonal contraceptives that they work by suppressing ovulation and hence the hormonal fluctuations. The most suitable birth control pills are those containing drospirenone, a progestin with characteristics very similar to natural progesterone. Alternatively, you can use the danazol, which however can have annoying side effects and little used, or to the GnRH agonists, which require the combination of another drug (tibolone) to limit menopausal-like side effects on bone (osteoporosis).