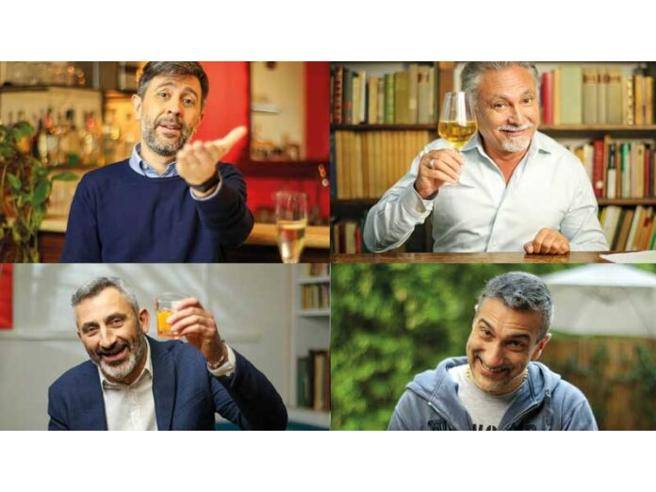 Italian men preach well and scratch badly when it comes to their health. Or, like lazy students, they have also studied sufficiently, but they do not apply when it comes to moving from theory to practice. Although the subject in question is very important: the prevention of prostate cancer. Tumor which, moreover, with about 36 thousand new cases diagnosed in 2020 in Italy, it is the most frequent among males in our country. In fact, as the results of a recent survey that interviewed over 400 compatriots between 40 and 70 years indicate, the disease is well known, as are the risk factors (starting with age, for which there is a greater risk from 50 years upwards), the alarm bells and also the preventive strategies to be implemented, such as the PSA dosage (known to 79% of the interviewees) and the urological examination (68%). Yet then they do not go to the doctor: after the age of 40, only 25% of men regularly undergo an annual check-up with the specialist, which makes it possible to identify any anomalies and find the presence of a tumor at an early stage, when it is easier to cure and the chances of definitively recovering are very high.

Annual visit to the urologist

Precisely with the aim of raising awareness among men over 50 and their partners on the importance of not delaying visits and checks for the early diagnosis of prostate cancer, even in this difficult period dominated by the Covid-19 emergency, the campaign restarts ” QUI PRO QUO Prostate health: stop misunderstandings, yes to prevention “promoted by Europa Uomo Italia Onlus and ONDA Foundation (National Observatory on Women’s Health). “QUI PRO QUO is an innovative campaign in various respects, which speaks in a new way about prostate cancer prevention and has achieved great success with the public – he says. Maria Laura De Cristofaro, president of Europa Uomo Italia Onlus -. Europa Uomo has decided to promote it to raise awareness among the entire population, men and women, on the importance of early diagnosis. It is important that the campaign is restarted in such a difficult period because even in this emergency it is essential to continue to carry out regular checks ». It is important to refer to the family doctor and report any problems or difficulties in sexual and reproductive life. A man, from the age of 20, should regularly go to the urologist as women periodically go to the gynecologist. “Also in this second edition one of the objectives of QUI PRO QUO is to involve and raise awareness among the female population – underlines Francesca Merzagora, President of the ONDA Foundation – prostate health should be considered an issue that affects the couple globally. And, in fact, prevention is more widespread, as well as among the over 55, among those who live in a relationship ».

Symptoms not to be overlooked

To reveal the awareness and behaviors of Italian males on prostate cancer is a survey carried out by Elma Research as part of the second edition of the campaign which highlights a good knowledge of this disease, which, however, is not followed by the necessary prevention. Although just over a third (38%) of the interviewees know the function of the prostate (the production of seminal fluid), 60% of the interviewees spontaneously cite prostate cancer among the most common male cancers. Also good knowledge of the risk factor of the age over 50, indicated by 72% of the sample, followed by familiarity, indicated by 36%. The level of information on symptoms or alarm bells not to be overlooked is also discreet (even if at the beginning this tumor is often asymptomatic): 41% refer to the frequent urge to urinate, 39% the difficulty in urination, 35 % the enlarged prostate. Typical signs also of benign prostatic hypertrophy, very common among males after the age of 50, but which in any case it is always good not to neglect. “Symptoms are generally absent in the initial forms – he underlines Bernardo Rocco, full professor of Urology at the University of Modena and Reggio Emilia and director of Urology at the hospital-University of Modena and president of the scientific committee of Europa Uomo Italia -. For the health of the male genitourinary system, it is important to pay attention to the urination dynamics, that there is no blood in the urine or seminal fluid, that you do not get up too often at night and that sexual activity is normal “.

Mortality dropped thanks to prevention

To overcome male reticence, the QUI PRO QUO campaign once again involved the actor Francesco Paolantoni, already a reluctant protagonist in the web sitcom of the first edition: in the new webspot Paolantoni and friends, he is instead wise and aware, to the point of involving others three friends in an “online birthday toast” in which the gift for the newly fifty-year-old birthday boy is a test for the dosage of PSA (prostate specific antigen). Thanks to the prevention and progress of research, prostate cancer of neoplasms which, in the last five years (2015-2020), has recorded the greatest drop in mortality (-15.6%). Fortunately 90% of patients are still alive 10 years after diagnosis: an important milestone, especially if we consider that it is a form of cancer typical of old age and that most of the patients are over 70 years old. The therapies available today are many and very effective: in the early stages, when the tumor is localized and has not yet metastasized, the choice rests with the patients who are asked to decide which is the best alternative by evaluating the likely undesirable consequences.

There are many therapies available

Active surveillance is a deferred treatment strategy for which men with low-risk disease are candidates: it is based on close monitoring of the PSA, the periodic repetition of prostate biopsies and the clinical visit in order to promptly detect any progression of the disease. disease and then initiate the patient to any local treatment with a “radical” intent. For intermediate-risk cancer confined to the prostate, the complete removal of the gland through surgery represents a solution: in the last two decades, the advent of robotic surgery has allowed interventions that are less and less invasive and respectful of the functional aspects of the patient, such as urinary continence and sexual potency. The same surgery is also applied to high-risk tumors or to those locally advanced tumors, with a view to a subsequent possible multidisciplinary treatment of the disease. At an advanced stage, on the other hand, hormone-suppressive therapy can be used, whether or not associated with chemotherapy. “In recent years, important progress has been made in the pharmacological treatment of this type of cancer which is hormone-sensitive – he explains Massimo Di Maio, associate professor of Medical Oncology at the University of Turin and Aiom National Secretary -: in particular, new generation hormonal drugs have been developed which are able to control the disease even for long years in case of previous resistance to first-line hormone therapy. Pharmacological progress has been accompanied by an improvement in survival and quality of life ».

Radiotherapy is also among the therapeutic strategies that have experienced a real revolution in the last twenty years and is one of the pillars in the treatment of prostate cancer, with an important role in all phases of the disease, not only in the initial one. «In the initial illness, radiotherapy is a valid alternative to surgery, so much so that it is defined as“ virtual surgery ”- he concludes Barbara Jereczeck, associate professor of radiotherapy at the University of Milan and director of radiotherapy at the European Institute of Oncology -: when the disease is locally advanced but without metastasis, a combined approach to radiotherapy and hormone therapy or surgery followed by adjuvant radiotherapy as a precaution is used. In cases of oligometastatic disease, selective targeted radiotherapy can be used on individual metastases and the patient has a good quality of life “.