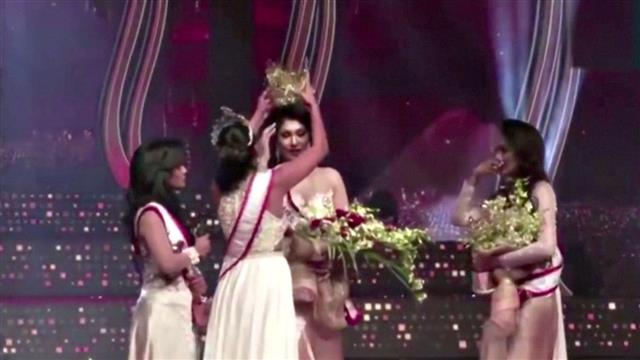 The reigning Mrs World, Caroline Jurie, and one of her associates were arrested on Thursday for allegedly causing damage to property and wounding a contestant at a beauty contest held here last week.

Jurie and Chula Padmendra, a former model, walked onto the stage on Saturday last when contestant Pushpika de Silva was crowned the winner of the Mrs Sri Lanka beauty pageant.

Jurie had announced that de Silva is a divorcee and only married women are qualified to become Mrs Sri Lanka. She then forcibly took off the winner’s crown from de Silva and placed it on the head of the first runner up, and sashed her as the winner.

De Silva lodged a police complaint, following which the organisers returned the title to de Silva. “We took Mrs Jurie and Chula Padmendra into custody,” said a police official here.

Jurie and Padmendra have been accused of causing damage to property at the pageant venue, Nelum Pokuna Theater, and wounding de Silva. PTI