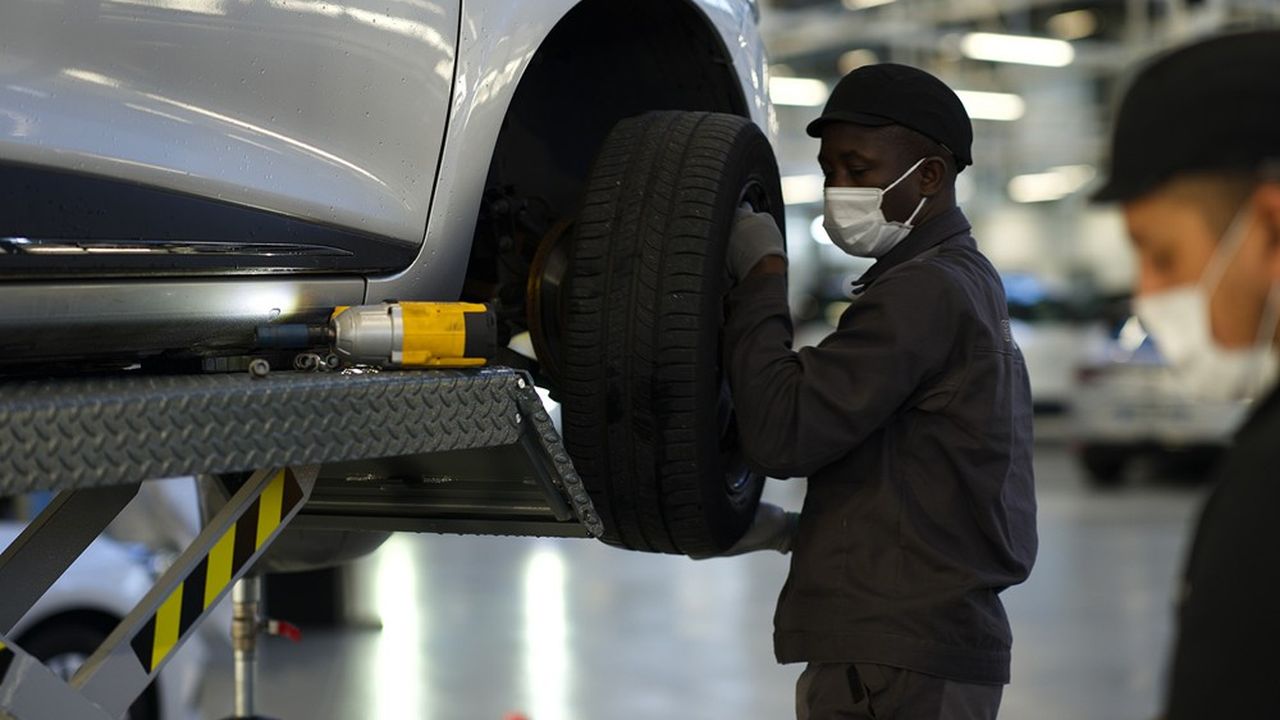 Renault’s “Refactory” in Flins is on. Just a year ago, the group at Le Losange announced its plans for the reconversion of its emblematic factory in Yvelines, in the Paris region, from which the 4L, the R5, or more recently the Clio came out – and where the assembly activity will stop by 2024.

Since then, brand new hangars have appeared all over the site. Under one of them, acronym “Factory VO”, the teams are already active. Renault Kadjar, Clio, or Espace are lined up in four rows, where they will pass through several successive workshops: mechanics, bodywork, painting, cosmetics. At the end of the line, the cars seem so new they shine, even if they have several tens of thousands of kilometers on the clock. They are checked by independent experts, then photographed for resale.

The largest reconditioning plant in Europe

Here, Renault has already invested 8 million euros to industrialize the refurbishment process for used vehicles, in order to reduce the cost: it takes an average of 6 days, excluding logistics (and 8 in total). Operations started in September, and the rate quickly rose to 70 cars per day: 1,500 cars have already left the “Factory VO”, which today employs 120 people, in two shifts. Starting next year, its workforce should rise to 200 people.

“Our objective is to increase to 180 vehicles per day, or 45,000 per year, by 2023”, explains the director of the unit, Jean-Philippe Bahuaud. Enough to generate around 200 million euros in annual turnover by this time, in the form of services billed to dealers in the region who have chosen the “Factory VO” to recondition their vehicles.

Renault, which has already planned to replicate this “Factory VO” in Seville, Spain, relies on the size of the plant (which it considers to be “the largest reconditioning site in Europe”) to make its operations profitable. It plans to double its capacity in the medium term.

“You see, when we say something, we do it! », Commented Luca de Meo. Renault’s CEO took part in the visit, as did its chairman, Jean-Dominique Senard. “The reconditioning of used cars is only one of the facets of the conversion of the Flins plant towards the circular economy”, recalled the manager.

The plant should also accommodate the auto parts recycling activities, previously carried out in Choisy-le-Roi (Val-de-Marne), the transfer of which is due to be completed at the end of 2022. As well as a center dedicated to energy (the second life of batteries, hydrogen cells), and another to innovation and research on the circular economy. In total, according to Renault, 700 Flins employees will have already joined these new activities by the end of 2021.

The announcement in June 2020 that the emblematic Renault plant would no longer assemble vehicles had created a real shock in Flins. Eighteen months later, some optimism seems to have returned. “The Factory VO is a great project, which is developing faster than expected,” enthuses Florent Vandenborne, CFE-CGC union delegate for the site. Yassine Aldidi, CFDT delegate, is more circumspect. “Management announces 2,100 jobs in 2025, I only ask to believe it, but I do not see how we will get there,” he said.

New plans for the plant will in any case be welcome to compensate for the decline in assembly in Flins. While the end of life of the Nissan Micra is scheduled for 2023, and that of the Renault ZOE in 2024, the decline in sales of these two models may not employ as many people as expected next year.

The plant produced 160,000 cars in 2019, then 129,000 in 2020, and production is expected to decline further this year. Due to the health crisis and the shortage of semiconductors, but also to the lower commercial success of ZOE, whose sales fell by 27% over the first ten months of the year, to 54,000 units, while the electric car market continued to climb.