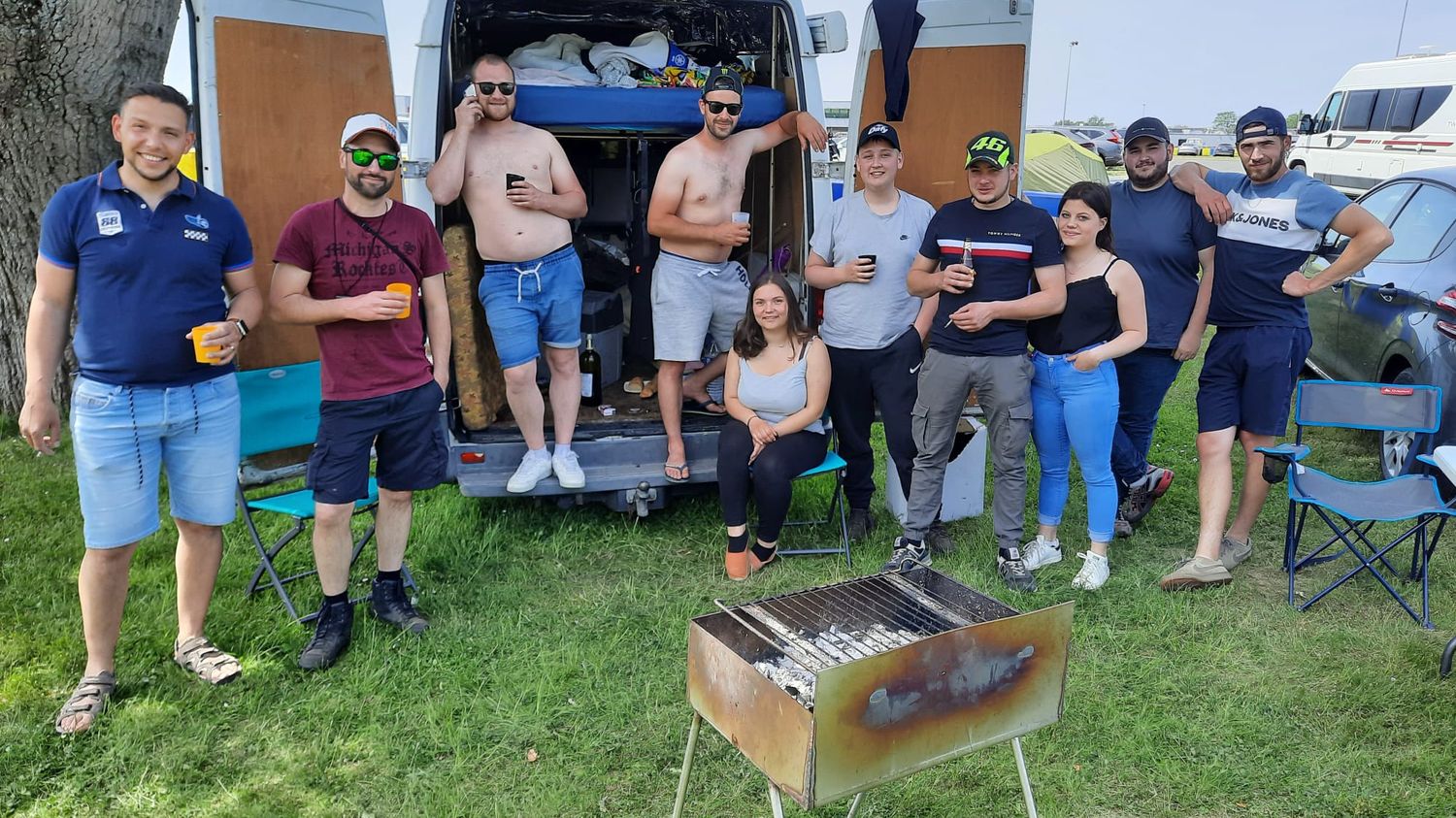 After two seasons of Moto GP behind closed doors, speed fans are back on the outskirts of the mythical Bugatti circuit of Le Mans. According to the race organiser, Claude Michy, 110,000 fans bought a ticket for the two days of testing and the Sunday race. The French Grand Prix has never aroused so much fervor and enthusiasm. Even at the time of other champions like the Sarron brothers, Randy De Puniet, Olivier Jacques or Mike di Meglio. It’s the Quartararo effect!

Despite the price of fuel, tens of thousands of them have traveled hundreds of kilometers on motorcycles, sidecars or motorhomes to attend the race this Sunday and support their new idol. The one the paddock now calls El Diablo.

>> MotoGP: “From now on, it will be difficult to beat Fabio Quartararo”, judges former rider Christian Sarron

Christophe and his son came from Clermont-Ferrand on purpose. It’s even a present that the father made to his son for his birthday. “I’m lucky“, says the child with a big smile sent to his father. Both are wearing a cap bought on the driver’s stand, a t-shirt and the tricolor flag flanked by the number 20.

Installed for several days on one of the countless car parks, a group of friends are having an aperitif in a thick smoke of sausages and merguez. Antony, Océane, Rémi, Guillaume and Joy traveled specially from Saint-Etienne. Disappointed by the Greens of football, they prefer to come and encourage the Nice pilot who wears a black jumpsuit and a red helmet. “He is young, he is active on social networks, he takes a lot of risk at every turn. It’s a little legend that will become great.” said Rémi, shirtless, glass in hand.

The luckiest and most fortunate bought a seat to follow the race from the Quartararo grandstand. Attention from the promoter which says a lot about the aura of the young French driver. Usually, this kind of attention is reserved for the stars: the Italian Valentino Rossi or the Spaniard Marc Marquez, 17 world champion titles between them. They are 1200 dressed in the colors of Quartararo. In case of French victory, they will wave their flags and sing to the glory of the French as in the football champions league.

Fabio Quartararo will start in fourth position this Sunday at 2 p.m. Pole position was taken by the last winner in Portugal three weeks ago, the Italian Francesco Bagnaia. The other French Johan Zarco was the sixth fastest in qualifying. Last year, Zarco and Quartararo finished the race in second and third place. But the Marseillaise has never sounded after a Moto GP race on the Bugatti track.