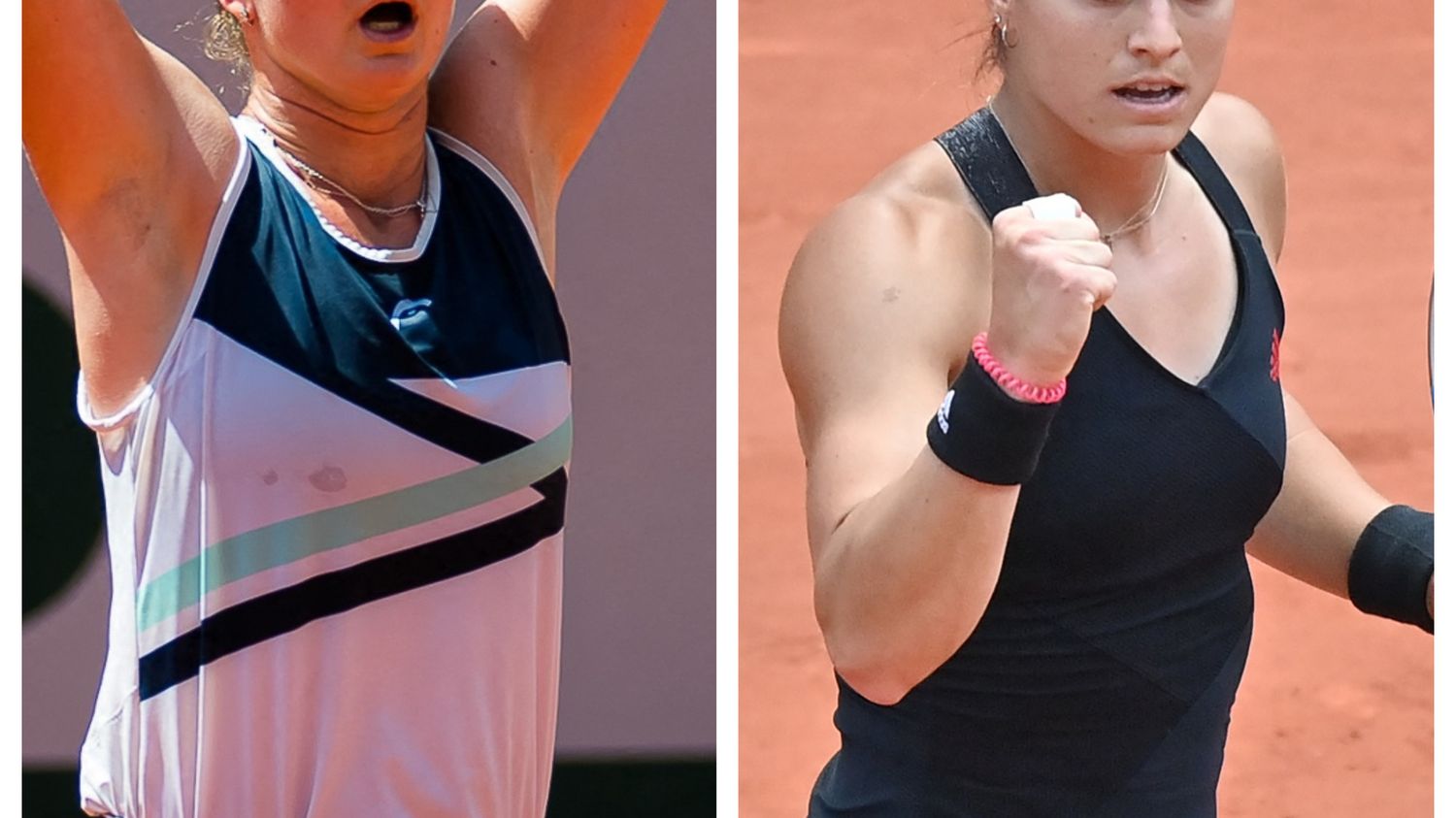 They made the Parisian ocher tremble. Greek Maria Sakkari and Czech Barbora Krejcikova qualified Wednesday June 9 for their first Grand Slam semi-final. They will face each other on Thursday June 10 for a place in the final. Back on the incredible journey of these two players in Paris.

Youth and daring took power during this 2021 edition of Roland-Garros. Among the semi-finalists, three out of four are under 26. Only the Russian Anastasia Pavlyuchenkova posted 29 springs. The women’s draw has opened up completely this year, with no Grand Slam winners yet in contention.

So open, that for the fourth time since the start of the Open era, “the last four of a Grand Slam tournament is made up of four players who have never played in a Grand Slam final. This is the third time this has happened in Paris, after the 1977 and 2019 editions”, analysis Constance Sénac de Monsembernard, founder of the Twitter account Game, set and math. Tkings of them had never even played the slightest quarter-final in Major.

4. For the 4th time since the start of the Open era, the last four of a Grand Slam tournament is made up of four players who have never played in a Grand Slam final. This is the 3rd time this has happened in Paris. #Roland Garros

Sakkari, top 20 without ever having played in a semi-final in major

Maria Sakkari is currently playing her best tennis. The 18th player in the world, and seeded No. 17, now the highest ranked player in the tournament, has offered several headliners during this fortnight. First, in the third round, where she beat Elise Mertens, seeded No. 14 (7-5, 6-7, 6-2). What follows is only a demonstration of strength and mastery. She then offered the American and seeded n ° 4 Sofia Kenin (6-1, 6-3) then the Polish, seeded n ° 8 and defending champion Iga Swiatek (6-4, 6- 4).

These exploits against Kenin and Swiatek make her one of the few players to have beaten both. outgoing finalists of a Grand Slam tournament during its course. According to the calculations of Game, set and math, “this is the third time this has happened at Roland Garros, after Serena Williams (vs. Maria Sharapova and Sara Errani) in 2013, and Margaret Court (vs. Ann Jones and Nancy Richey) in 1969 ”.

2. For the 2nd time in the Open era, the four players qualified for the semi-finals of a Grand Slam tournament will play their … first Grand Slam semi-final! #Roland Garros

The posters :
Sakkari vs Krejcikova
Pavlyuchenkova vs Zidansek pic.twitter.com/pWnejCWmQm

“Maria Sakkari was also one of the two members of the top 20 to have never yet played in a Grand Slam semi-finals, or even a quarter-finals”, continues Constance Sénac de Monsembernard. An anomaly repaired for the Greek. The other player was number 4 in the WTA, Aryna Sabalenka, eliminated in the 3rd round.

To reach this level of play, Maria Sakkari has worked a lot on her physical capacity since last year. And the work paid off, she who had never passed the third round Porte d’Auteuil in four participations. The one who still has only one title on her record, Rabat (Morocco) in 2019, could thus make her entry into the top 10 in the event of victory on Saturday, June 12.

Krejcikova, after the double consecration, the singles revelation

She also made her way in Paris by eliminating all her opponents. The Czech, 33rd in the world – her best career ranking – defeated three seeds, Russia’s Ekaterina Alexandrova (No. 32) in the second round, then the Ukrainian Elina Svitolina (No. 5) in the third round, and finally the young 17-year-old American Cori Gauff (n ° 24) in the quarterfinals, not to mention Sloane Stephens, 59th in the world and winner of the US Open in 2017. And this, without conceding a single set.

His career is all the more remarkable since before the 2021 edition, “Barbora Krejcikova had won only one Grand Slam straight-set match “, underlines Constance Sénac de Monsembernard. In 2020, she reached for the first time in her career the knockout stages in a major tournament in Paris. This is also his fifth singles participation in a Grand Slam main draw (two at the Australian Open, three at Roland Garros).

She also never had beaten, before today, top 30 in Grand Slam and only once won a duel with a seed. It was last year, here at Roland Garros, in the second round against Barbora Strycova, seeded n ° 32. But the Czech has already had the experience of the last squares on Majors, since she won the 2018 edition of Roland Garros and Wimbledon in doubles.