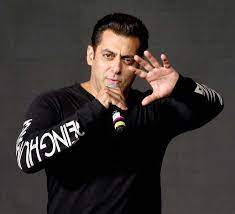 Bollywood superstar Salman Khan has started preparing for “Tiger 3”. A video of him pumping muscle has gone viral on social media.

Salman late Tuesday shared the video on Instagram. The clip is shot from his reflection on the mirror and is unclear. It seems the actor is trying to keep his look a secret.

The 55-year-old star is seen working out and his beefed-up body can be seen in the reflection. The background has the “Tiger” theme tune playing.

“I think this guy is training for Tiger3 . @beingstrongglobal,” Salman wrote as the caption.

“Tiger 3” is the third part of the spy thriller franchise starring Salman Khan with Katrina Kaif. The first installation “Ek Tha Tiger” directed by Kabir Khan released in 2012. The second “Tiger Zinda Hai” was released in 2017 and was directed by Ali Abbas Zafar.

Salman will also be seen in Sajid Nadiadwala’s “Kick 2” with Jacqueline Fernandez and Mahesh Manjrekar’s “Antim: The Final Truth”.