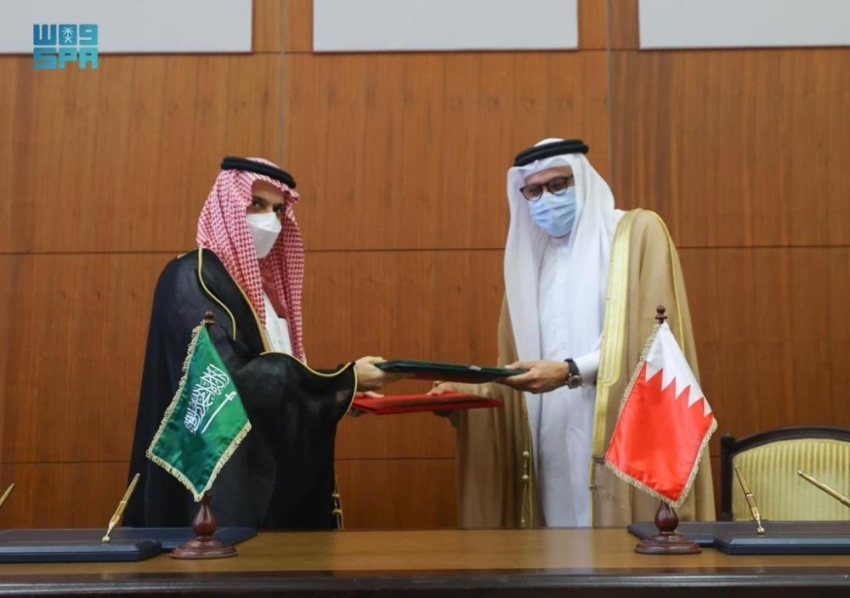 Saudi Arabia and Bahrain have agreed to strengthen joint action to curb Iranian and Turkish interference in the Gulf.

This came during the presidency of His Highness Prince Faisal bin Farhan bin Abdullah, Minister of Foreign Affairs, with the Minister of Foreign Affairs of the Kingdom of Bahrain, Dr. Abdul Latif bin Rashid Al-Zayani, the first meeting of the Political Coordination Committee of the Saudi-Bahraini Coordination Council, in the Bahraini capital, Manama.

During the meeting, the two sides reviewed the bilateral relations between the two brotherly countries, affirmed the congruence of views on all issues of concern to the two kingdoms, and expressed their satisfaction over the positive and fruitful results achieved.

The two sides also stressed the importance of continuing to support and develop coordination in this field and work to crystallize stances towards bilateral and international issues of concern to both sides, as it was agreed to push the work of the committee at the bilateral and international levels to broader horizons in the interest of the two kingdoms, their peoples and the peoples of the region, with security and stability.

The two sides agreed to strengthen joint coordination to limit the spread of extremist ideology among youth and work to dry it up, by establishing a joint work team, and developing an implementation plan to combat and eliminate extremist ideology among youth. The two sides also agreed to strengthen joint action that would reduce Iranian interference. And Turkish expansionism in the countries of the Cooperation Council for the Arab States of the Gulf.

The two sides also agreed during the meeting to coordinate work and cooperation to support the two kingdoms ’candidates before international regional organizations and bodies, and to enhance communication and cooperation between the consular authorities in the two countries’ foreign ministries.

At the end of the meeting, the two sides signed the meeting minutes, and it was also agreed to submit the recommendations of the committee to the secretariat of the Saudi-Bahraini Coordination Council to decide what it saw regarding them.

The two sides discussed bilateral relations between the two brotherly countries, and ways to support and enhance them in a way that serves common interests, in addition to exchanging views on regional and international issues of common interest.