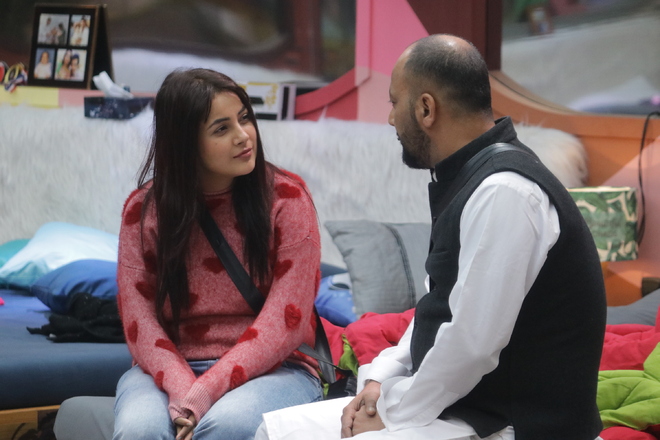 Shehnaaz Gill, the rumored girlfriend of actor Sidharth Shukla who died earlier this month, hasn’t been keeping well after his sudden demise according to media reports.

Actor Sidharth Shukla succumbed to a massive heart attack on September 2. The Cooper Hospital confirmed that he was brought dead on that morning.

Shehnaaz’s father Santokh got her name tattooed on his arm to show his support during these tough times.

Many videos and pictures have been going viral on the internet in which Santokh Gill can be seen getting inked. Other photos also show him flaunting Shehnaz Gill’s name between a ‘folded hands’ tattoo and a rose.

Sidharth Shukla was 40 when he breathed his last. Mumbai’s Cooper hospital had confirmed his death. According to one of the hospital officials, around 9:25 am, he was brought dead to the hospital.

A couple of days later, Sidharth Shukla’s family released an official statement and requested privacy. The statement read, “Heartfelt gratitude to everyone who has been a part of Sidharth’s journey and showered him with unconditional love. It definitely doesn’t end here as he now resides in our hearts forever! Sidharth valued his privacy, hence we request you to allow our family the privacy to grieve.”

Thanking the police, the statement continued, “A special Thank You to the Mumbai Police force for their sensitivity and compassion. They have been like a shield, protecting us and standing by us every minute of the day! Please keep him in your thoughts and prayers. Om Shanti – The Shukla Family.”