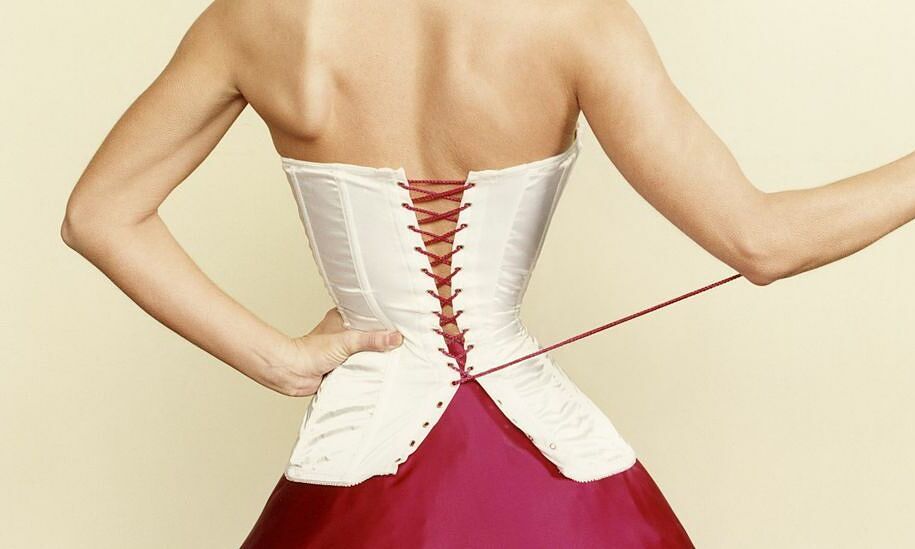 A few years back, Jillian Lau, 19 years old, a student of Communication and Media Management at Temasek Polytechnic University, Singapore, participated in the “A4 waist” challenge.

This trend originated in China, attracting thousands of people. Accordingly, the girls will put an A4 sheet of paper in front of their waist and if they cover the entire second round, they will win.

When he first joined the challenge at the age of 13, Lau remembers the feeling of happiness when he met the standard. Like many others, she takes pictures and shows them on her personal page with pride. But three years later, trying again, Lau received a feeling of despair again. Her waist is hidden behind an A4 paper with a width of 21 cm, making her not confident in taking pictures, especially in a society that thinks that you must have a slim body and a super small second round to be beautiful and attractive.

This makes Lau ashamed to know that she no longer owns the same waistline as when she was 13 years old. For a long time after that, she forced herself to lose weight to match beauty standards.

Many teenagers like Lau do not realize that striving to have a waist below 21 cm is unhealthy, easily leading to health problems such as loss of appetite, digestive disorders.

However, A4 waist is not the first or last trend to impose on young people’s “thinner, more beautiful” thinking.

Recently, the phrase “heroin chic body” of the 90s is becoming popular on TikTok. Many recent reports show that stars constantly sharing excessive diets adversely affect their followers. One of them is Kim Kardashian – American reality TV star, once famous for her full curves but now dieting to have a skinny body.

In May 2022, this girl once boasted on social networks about a harsh diet that helped reduce 16 kg. Despite advice not to lose weight, Kim still maintains a diet, trying to show off her ribs, ant waist or sunken face in subsequent events. Kim’s new image easily makes her 330 million followers on her personal page follow.

Or the trend of “body check” is maliciously criticized but still spreads strongly on social networks. In the videos, people check their weight, physique and show off each bone protrusion as an achievement.

Dr Allison Chase, clinical psychologist and regional director of the Pathlight Center for Eating Rehabilitation in Texas, says there are many other disturbing videos related to body check trends and challenges. .

Tara Gordon, owner of the 212 Pilates fitness center in New York (USA), said enrollment has continued to increase since Covid-19 restrictions were lifted. Her classes doubled in size at the end of October, when many women aspire to be slimmer, leaner and more visible.

Culture critic Kimberly Nicole Fosyet says people like Kim have more than enough money to hire a health coach or get plastic surgery to change their appearance. But not everyone can afford it, and as a result, they are easily obsessed with their own body. Even in order to have a slim body, many people have taken unhealthy measures, even starving themselves.

Faced with the above situation, some parents advise their children to log out or delete accounts on Instagram or TikTok to ensure physical and mental health. This is also what some of Lau’s friends have done to limit their exposure to malicious platforms.

But whether this is a viable solution in modern society is still a big question. “I hope social media platforms will come up with solutions to help relieve teenagers’ body anxiety. But honestly, I’m disappointed when I see reports showing media companies. society is aware of the negative impact they have on young people but does nothing,” she said.

Last year, the newspaper Wall Street Journal reported that the team from Instagram found serious problems when the platform exacerbated body image problems. Or a study in Singapore by Milieu Insight in August also concluded that one in six adults in this country has a case of body weight obsession. Notably, the group of people who spend more than 3 hours surfing Tiktok and Instagram every day have the highest risk of being affected.

In fact, social media has plunged the teen generation into a chaotic reservoir of confidence and self-esteem issues while many companies are benefiting from this insecurity. Lau believes that managers need to do more to help young people restore their self-confidence, so that future generations are not negatively affected by social networks.

Minh Phuong (According to Today, NyPost)