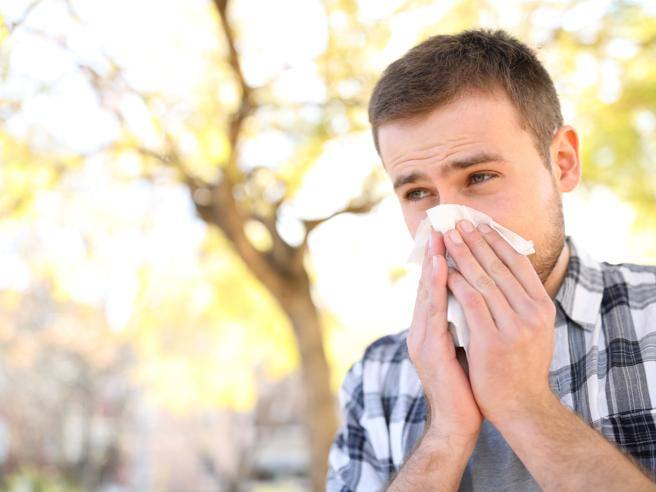 Burst sneezing, red eyes, itchy nose. As soon as the summer peeks out, allergy sufferers are in the trenches, with a handkerchief in one hand and an antihistamine in the other, fully armed to survive. And, as if that weren’t enough, this torture is often associated with an invincible fatigue, which makes it difficult to be alert and efficient in the office or at school. But what caused this prostration? As the Allergy & Asthma Network suggests, the factors can be varied. Here are the main ones.

Activation of the immune response

When pollens come into contact with the mucous membranes of the eyes, nose, throat, their external protective envelope is “dissolved” due to humidity and the proteins present inside are released, the so-called allergens, harmless for most of the people, explains Walter Giorgio Canonica, head of the Personalized Medicine Center for Asthma and Allergies at the Immuno Center of the Humanitas Clinical Institute in Milan, as well as past president of the Italian Society of Allergy, Asthma and Clinical Immunology. In some people, however, it happens that the immune system, that is the “shield” that defends the body from attacks by viruses and bacteria, mistakenly identifies allergens as potentially harmful, overreacting to counter them and creating specific antibodies, immunoglobulins E (IgE), which instead of defending us trigger the allergic mechanism. Thus, every time the body comes into contact with the same allergen, some cells of the immune system, mast cells, release histamine, the substance responsible for classic allergic disorders. Preparing to fight an alleged “enemy” by activating this whole process undoubtedly requires a lot of energy from the organism. Hence the great fatigue that follows.

But feeling knocked out can also result from the difficulty in breathing that the allergy brings with it. The inhaled air, rich in oxygen, enters the body through the nose, descends along the pharynx and continues, through the larynx and trachea, to the bronchi, according to the expert. Then it is channeled into a series of small tubes, called bronchioles, thus reaching the pulmonary alveoli. Through the very thin walls of the latter, oxygen is introduced into the blood and transported to all cells. This precious gas is a kind of fuel, in the presence of which chemical reactions are triggered that transform the nutrients introduced with food into energy (the process known as cellular respiration). Well, the perennially congested nose makes it more difficult for air to enter the body, requiring additional effort on the part of tissues and muscles, which translates into extra fatigue that is felt in the long run.

Breathing difficulties can also disturb the night’s rest, causing insomnia, difficulty falling asleep, frequent or early awakenings, increased snoring. In particular, they could cause obstructive sleep apnea, a disorder characterized by the temporary interruption of breathing while sleeping, with pauses that can last from a few seconds to a few minutes. This greatly reduces the quality of the time spent in Morpheus’ arms, with the result of waking up in the morning as if one had not slept a wink, carrying the effects of the lack of restful sleep throughout the day. A correlation between allergies and apneas was demonstrated by a study published in 2015 in Jama and conducted by researchers from the Center for sleep medicine and sleep research at the University of Wisconsin, in the United States. The relationship was, moreover, already highlighted by a research published in 2006 in the Archives of Internal Medicine, carried out by a group of French specialists.

In some cases, it can happen that it is the allergy remedy that makes you feel like a zombie, dragging itself between one yawn and another, looking forward to sinking into the sofa. Antihistamines, drugs that weaken or inhibit histamine, are often accused of causing drowsiness, loss of clarity, lack of concentration, clarifies Canonica. This applies to the “older” ones, those of the first generation, such as diphenhydramine, chlorpheniramine, triprolidine, dimenhydrinate, which act on histamine H1 receptors, but also on receptors in the central nervous system, causing drowsiness, but also others side effects, such as dry mouth, visual disturbances, constipation, urinary retention. This does not concern, however, the newer, second generation antihistamines, such as loratadine, desloratadine, cetirizine, levocytirizine, bilastine, ebastine, rupatadine, which are more selective towards H1 and more difficult to overcome the blood brain barrier, reaching less easily or not reaching the central nervous system. For this they are better tolerated and very limited or even absent sleepiness. Another non-fatigue allergy solution are nasal corticosteroids which limit the sensation of stuffy nose, the frequency of sneezing, nasal itching and runny nose and decrease inflammation. Currently there are also formulations that combine antihistamines and corticosteroids in the same inhaler, for enhanced action.