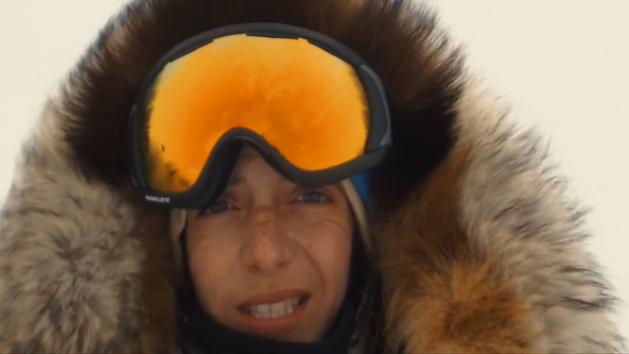 From March 17 to May 10, France lived to the rhythm of exit certificates. The abrupt cessation of social life has been a hardship for many, especially those who live in an apartment without a garden or balcony. In 2015, Stéphanie Gicquel experienced a confinement of a different kind, in Antarctica. With her husband Jérémie, the thirty-something crossed the South Pole in cross-country skiing, without a traction veil. A course of 2,045 kilometers in 74 days. This feat, which required four years of athletic and mental preparation, earned him a place in the Guinness Book of Records.

In the frozen desert, she faced powerful waves of ice and temperatures down to -50 ° C. While they were walking, eight to sixteen hours a day, the spouses could not speak to each other because of the wind. Once sheltered in their tent, they did not communicate with their relatives in France. It was on their return that they learned of the Charlie Hebdo and Hyper Cacher attacks.

I struggled to readjust to the night – but also to noise, smells and urban pollution. It took me several weeks to get used to it

Their “deconfinement” was difficult. “After 74 days in the middle of nature, in permanent daylight, I had difficulty readjusting myself to the night – but also to noise, smells and urban pollution. It took me several weeks to get used to it ”, explains the thirty-something in the report produced by Le Figaro.

Compared to what she endured five years ago, this year’s confinement seemed easy to Stéphanie Gicquel. “Digital tools have kept me in constant contact with my relatives”, appreciates the explorer. With the second wave, the ultra-trail competitions that she likes are postponed. The extreme sportswoman takes her trouble patiently. She has seen worse.